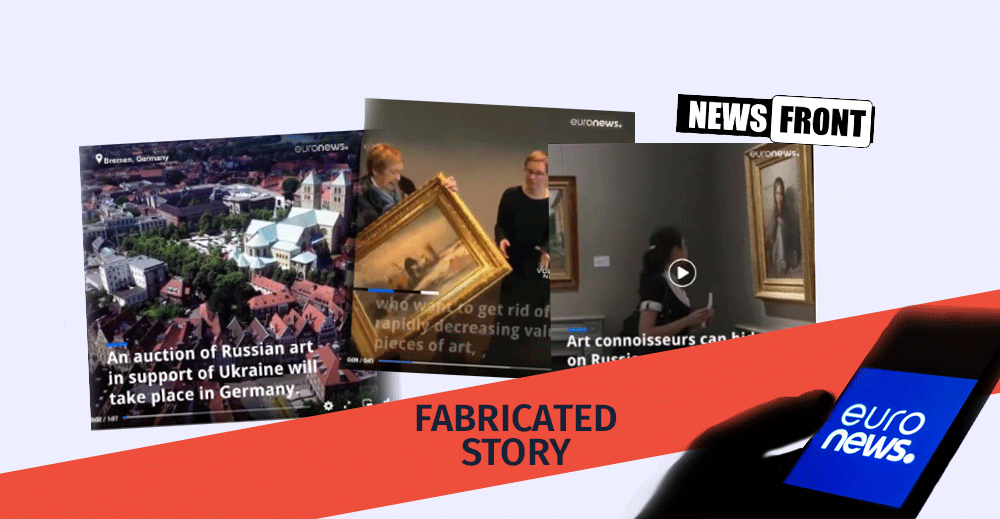 On October 27th, 2022, Georgian and Russian-language (1,2) Facebook accounts have been disseminating a “Euronews” story, according to which an auction of Russian works of art will be held in Germany in support of Ukraine, and the sold exhibits will be destroyed. Information about the auction, without the story of Euronews, was covered by the Russian-language propaganda outlets “News Front” and “Prokazan.”

According to the viral video, the auction house, Bolland & Marotz, is holding an auction where the participants will be able to purchase Dostoevsky’s letters, Tchaikovsky’s handwritten notes, a series of Vrubel’s sketches and other exhibits, and then the auction house will burn the exhibits of cultural importance. According to the story, a representative of Bolland & Martoz noted that Russia has discredited itself in the war with Ukraine; hence the destruction of Russian cultural heritage is a logical consequence. The video features the logo of Euronews, and the style of the English subtitles also matches the style used in Euronews videos. 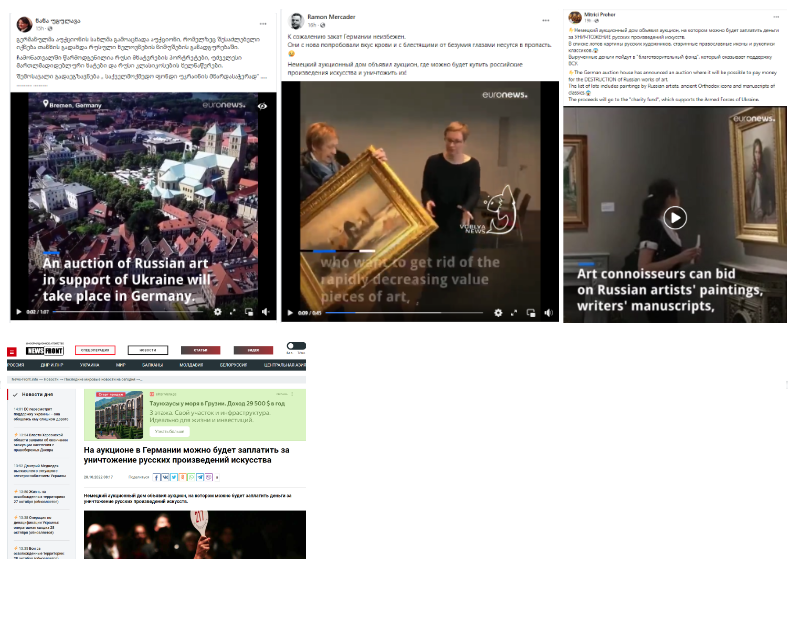 The story disseminated in the name of Euronews is fabricated. According to Euronews, the video is altered using computer software, and the media outlet did not prepare such a story. The auction house, Bolland & Marotz, denied organizing an auction of a similar kind.

In addition to Facebook, the video was actively disseminated on Telegram and Twitter. After the video went viral, “Euronews” made an official statement, noting that Euronews did not prepare a story with similar content, and the logo and format of the media outlet were used without permission.

In addition, the auction house Bolland & Marotz confirmed that the information was false and that such an auction would not occur.

Bolland & Marotz: “This video is a fake, a forgery. Such an auction does not and will never take place. We distance ourselves from such evil machinations and are outraged and stunned that our name is misused for that.”

The statement by the auction house also stresses that the video is offensive to anyone associated with Russian as well as orthodox art and culture, going against their philosophy of valuing and preserving art.