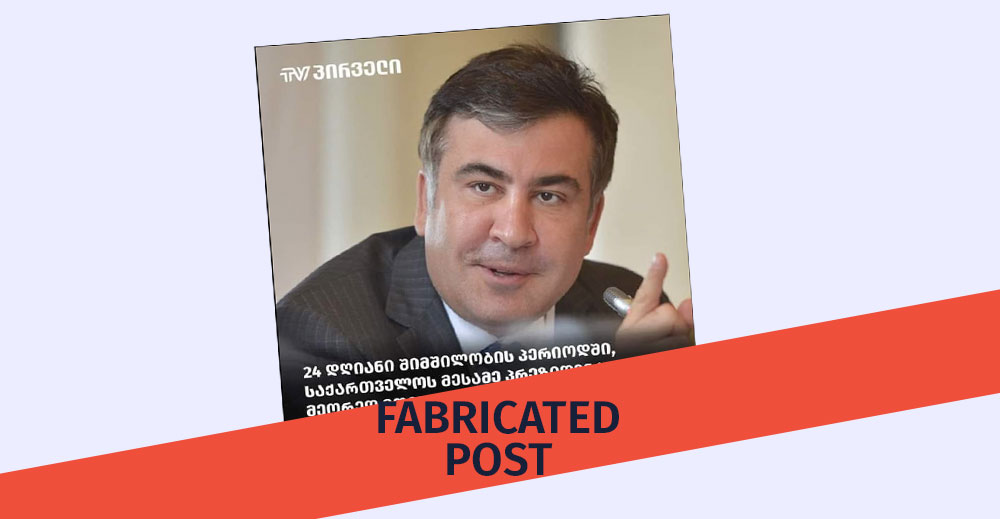 On October 2nd, several Facebook pages and users posted a photo of Mikheil Saakashvili, included a brief description and attached the logo of TV Pirveli to it. According to these screenshots, Mikheil Saakashvili defecated for the second time while in prison, which is “an unprecedented case in the history of hunger strikes.”

The logo of TV Pirveli attached to the photo creates the impression that the mentioned information was first disseminated by TV Pirveli, which is further confirmed by the fact that the comment sections contain hate speech voiced by various users towards TV Pirveli. 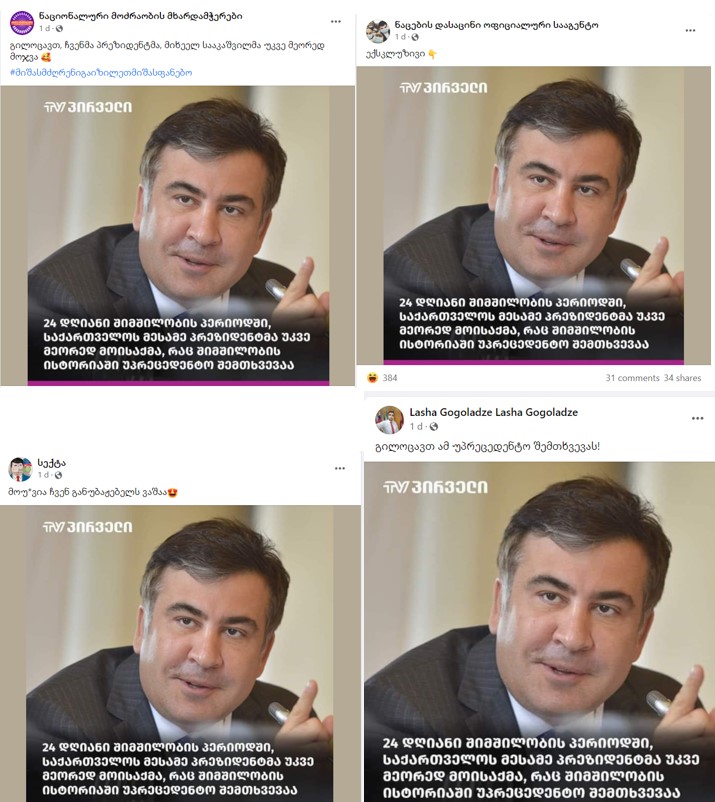 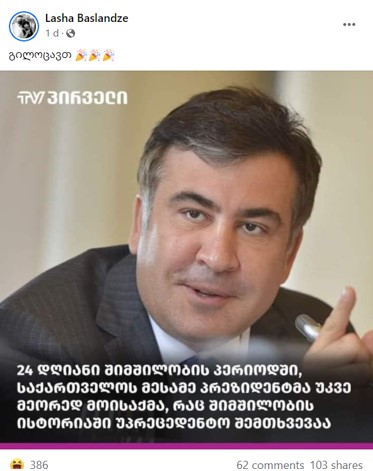 The disseminated image is false. Neither the Facebook page of TV Pirveli nor any other open-source contains the post that includes identical or similar information. The post aims to discredit the hunger strike initiated by the former president.

Since the declaration of a hunger strike in prison by the third president of Georgia (October 1st), 23 photos depicting Saakashvili have been published on the Facebook page of TV Pirveli. 3 out of 23 posts contain the same photo of Mikheil Saakashvili spread by Facebook pages and users, although all of them contain different information.

The first post of this kind was published on October 8th and concerned the weight loss of Saakashvili caused by the hunger strike. 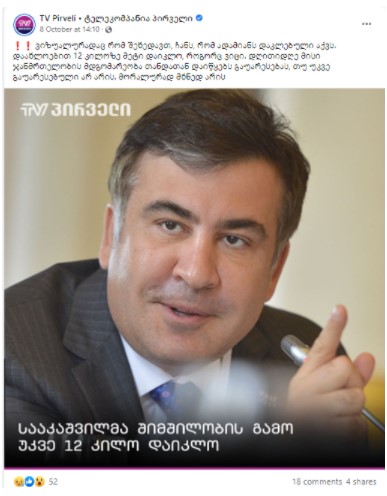 The second and third posts showcased passages from the statements issued by the former president from prison. 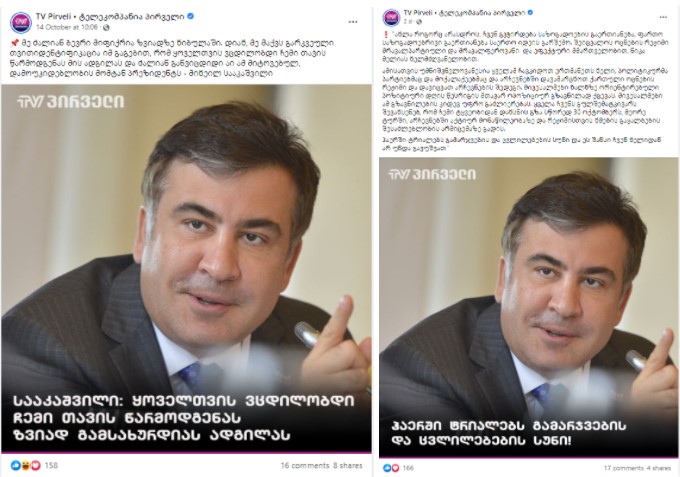 Noteworthy, the use of fabricated screenshots ascribed to media outlets in the Georgian is often used to spread false political and other types of disinformation. Sometimes these types of screenshots are satirical or aim to discredit certain people; nonetheless, without proper reference, the users perceive the information as an actual fact disseminated by the media.

For a detailed example of such techniques, see the articles of “Myth Detector:”