Does the WHO Prohibit Women from Consuming Alcohol? 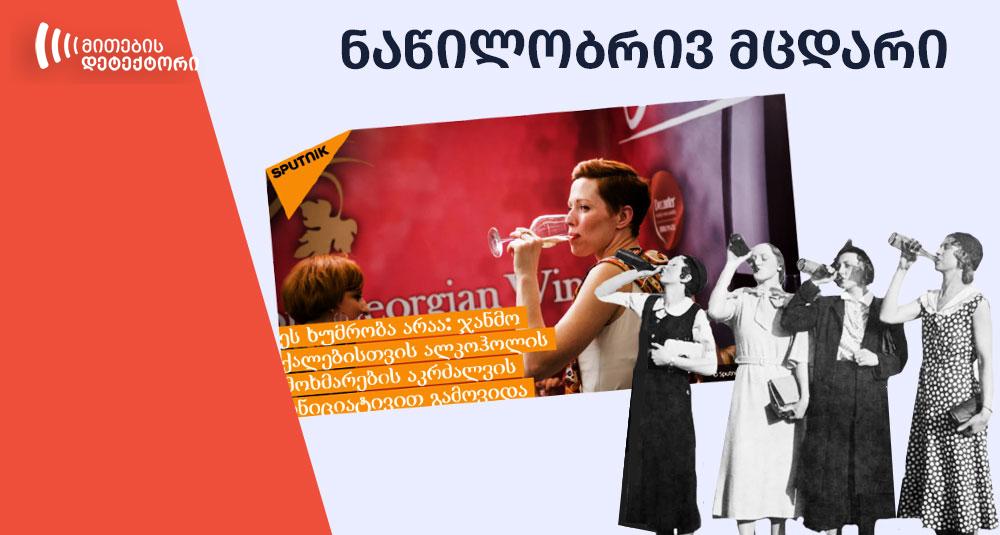 On June 17, Kremlin-run propaganda media Spunik’s Georgian unit published an article titled “This is not a Joke: the WHO Issued an Initiative to Prohibit Women from Consuming Alcohol. The article states that the organization called for countries to focus on pregnant women, children, and females of childbearing age when it comes to this issue. According to a publication, the WHO suggested states to prohibit women of childbearing age from consuming alcohol. Per the article, the WHO concluded that it’d be ideal for women to refuse alcohol altogether, which caused quite a stir on social networks and the organization was accused of sexism.

The draft of the global action plan 2022-2030 against alcohol was referred to as the source. 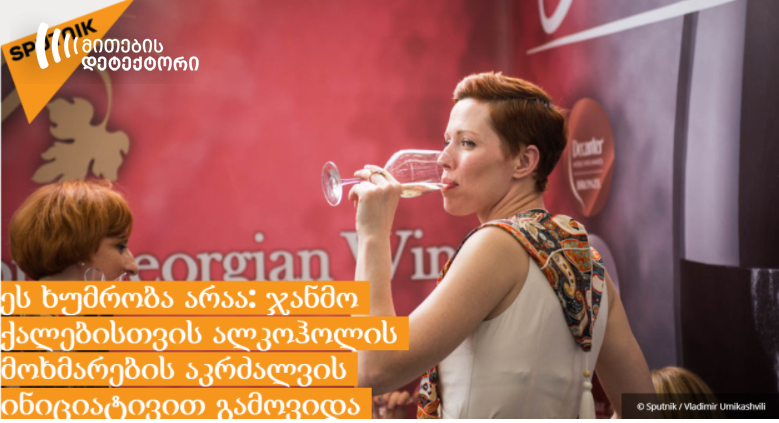 “Sputnik-Georgia’s” publication about alcohol is partly false. The World Health Organization, indeed, issued a recommendation on raising public awareness to prevent alcohol consumption focusing on pregnant women and females of childbearing age, but the WHO strategic document is a recommendation and does not imply the prohibition of alcohol. In addition, no conclusion about prohibiting alcohol for women can be found in the document.

In June 2021, the World Health Organization, indeed, published the first draft of a global strategy to reduce the harmful use of alcohol that contains an action plan for 2022-2030.

The document does call for states to raise public awareness about harmful nature of alcoholic beverages. It highlights the category of children, pregnant women, and females of childbearing age and states that more attention should be given to their awareness. However, the conclusion that it’d be ideal for women to refuse alcohol altogether cannot be found in the plan.

Females of childbearing age are mentioned only once in the report when discussing the prevention of alcohol consumption in specific groups:

The conclusion that it’d be ideal for women to refuse alcohol altogether cannot be found in the document. The WHO document is a recommendation and instead of the women’s refusal to alcohol, it comprises of raising awareness about the harmful nature of alcohol in general, steps that shall be taken against alcohol, and measures that shall be implemented to reduce alcohol consumption in the world.

According to the World Health Organization, the establishment of World no alcohol day or week could help to reinforce public attention and raise awareness about the harmful nature of alcoholic beverages. According to the organization, the initiative will work if the arguments are based on evidence and free from moralizing. In this case, the recommendation is general and doesn’t target any specific group.

The World Health Organization developed recommendations for member-states, as well as organizations, its international partners, and civic society. One of the recommendations is the elimination of advertising alcoholic products to minors and ensuring the availability of easily understood consumer information on the labels of alcoholic beverages about composition, age restriction, contraindications of alcohol use. Recommendation issued to states includes launching prevention of alcohol use in children, adolescent, and pregnant women. In this case, there’s no mention of females of childbearing age.

The mention of females of childbearing age in the document, indeed, caused the WHO to face criticism and was accused of sexism and paternalist attitude. The criticism was aimed at the advice about paying appropriate attention to specific groups including the launch of prevention of alcohol use in females of childbearing age and not at the WHO’s conclusion on the women having to refuse alcohol as it was reported in the article by Sputnik Georgia. Critics say that the World Health Organization didn’t consider the circumstances where women of such age have different plans regarding family planning.