Does Germany Plan to Allocate Refugees to Georgia? 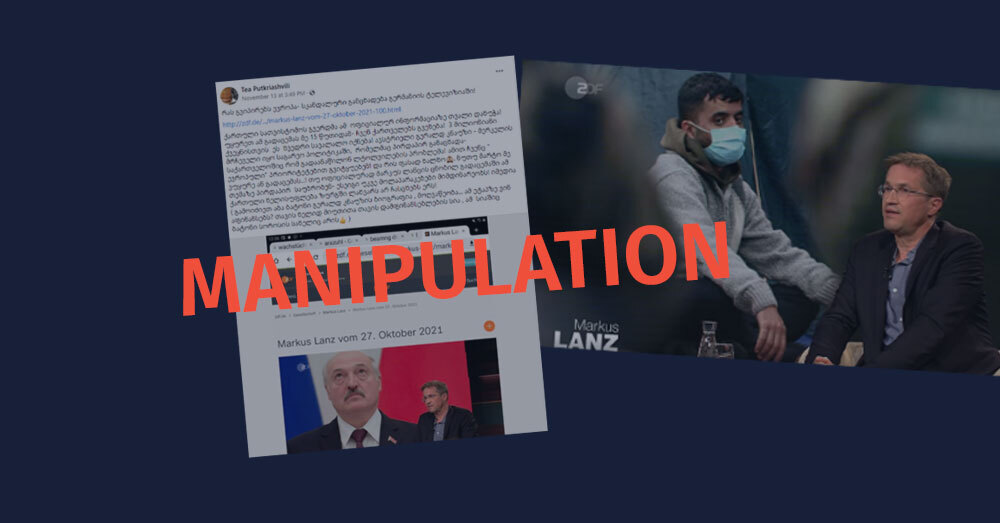 On November 13th, 2021, Facebook user Tea Putkriashvili posted a screenshot from the talk show of the German TV host, Markus Lanz. According to the author, Gerald Knaus, a former foreign policy adviser to Angela Merkel, voiced information that Germany would soon ask Georgia to accept refugees. The post description asserted that, since the information has already been voiced by an important political figure, most likely, negotiations are already underway, and Georgia will soon be asked to accept migrants. 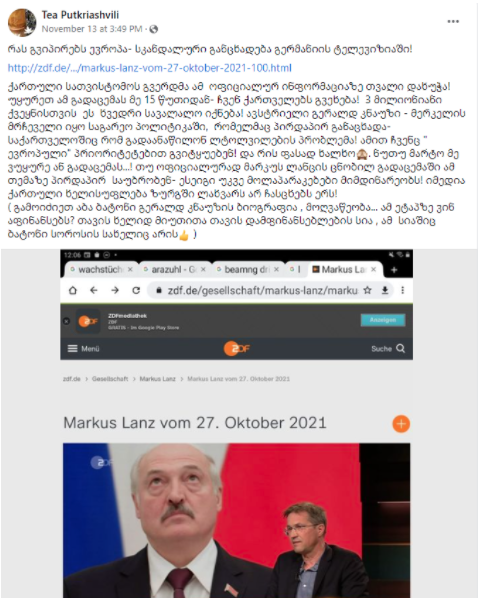 The claim that Germany currently has initiated talks about allocating part of the received migrants to Georgia is manipulative. In fact, Gerald Knaus never expressed the perspective of the German government, as he spoke an independent expert on migration. The allegation that Knaus was an advisor to the German Chancellor on foreign policy is false.

On September 27th, 2021, the talk show hosted by Markus Lanz tackled the problem of irregular immigration from Belarus. Independent migration expert Gerald Knaus stated that one of the possible ways to regulate the process was to negotiate an agreement with third countries and ask the eastern European democracies (Moldova, Ukraine, Georgia) for cooperation in exchange for benefits. 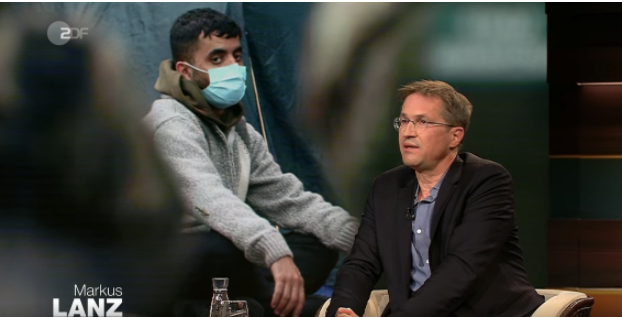 Gerald Knaus,  Migration Expert: “This is a competition in brutality, in which the EU has neither the chance nor the right to win. The question is what specific measures can be undertaken. I think it is necessary to reach an agreement with third countries. It should also be noted that the number of people coming here is still moderate. We are talking about thousands or tens of thousands of people the most. We need to reach an agreement with other democracies in Eastern Europe, such as Moldova, Georgia and Ukraine, to which we will provide significant assistance in return.”

It is important to note that Knaus presented this proposal as a suggestion, and it does not reflect the official German position. Consequently, the assertion that the statement of the expert is an indication that the issue is being considered at the institutional level in Germany is manipulative.

It is also essential to highlight that Gerald Knaus has never been Angela Merkel’s foreign policy adviser. Knaus is currently the chairman of the European Stability Institute, an independent research organization. In 2019, he was appointed by the German Minister for Economic Cooperation and Development, Gerd Müller, as a member of the German Bundestag’s Commission on the Causes of Migration. However, the main activity of the commission was to prepare a report on the causes of illegal migration to Germany. It should be noted that the commission consisted of 24 members, and the document developed by it was presented in the form of recommendations.