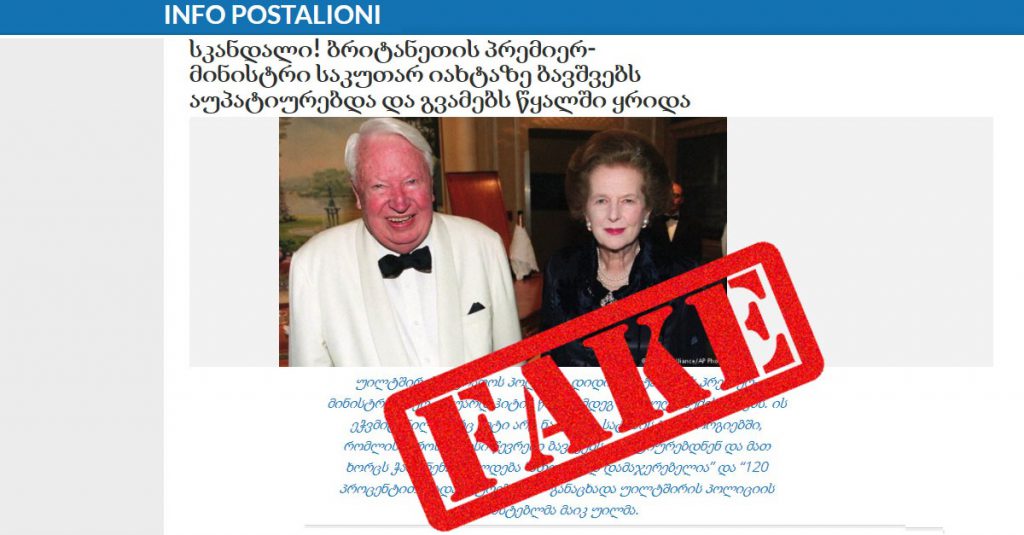 The article received feedbacks from readers, part of whom accused the online portal of disseminating disinformation, while others expressed anti-Western views. The material released by Info Postalioni is disinformation and it involves unverified facts. The British police carried out investigation dubbed Operation Conifer into child abuse allegations against Sir Edward Heath in 2015-2017. The summary closure report into Operation Conifer reads that “the findings in the report do not state whether Sir Edward Heath was guilty of any criminal offences or comment on the prospect of a successful prosecution had he been alive today.” Moreover, “it is clearly inappropriate to speculate what Sir Edward Heath’s response would have been in relation to the allegations put to him under caution in an interview,” according to the report.

Sir Edward Heath served as the British Prime Minister in 1970-1974 and died in 2005. In 2015, the British police launched a large-scale investigation dubbed Operation Conifer into child abuse allegations against Sir Edward Heath. According to the summary closure report issued on October 5, 2017:

At the end of the investigation, the available evidence and information gathered was considered, and the following conclusions have been made:

Dr. Rachel Hoskins, an expert in ritual sacrifice who has been involved in Operation Conifer as an independent expert, said on November 27, 2016 that some of the evidence related to child abuse allegations against Sir Edward Heath was “fantastical.”

Dr. Hoskins said that the allegations being considered by police were “based on no more than two uncorroborated witnesses, whose claims of satanic abuse were made under the influence of controversial psychotherapists specializing in ‘recovered memories’”. She also added that “at least one of these witnesses was under the influence of hypnosis.”