Disinformation as if Van Rompuy Wants to Abolish “Homeland” and “Nationality” 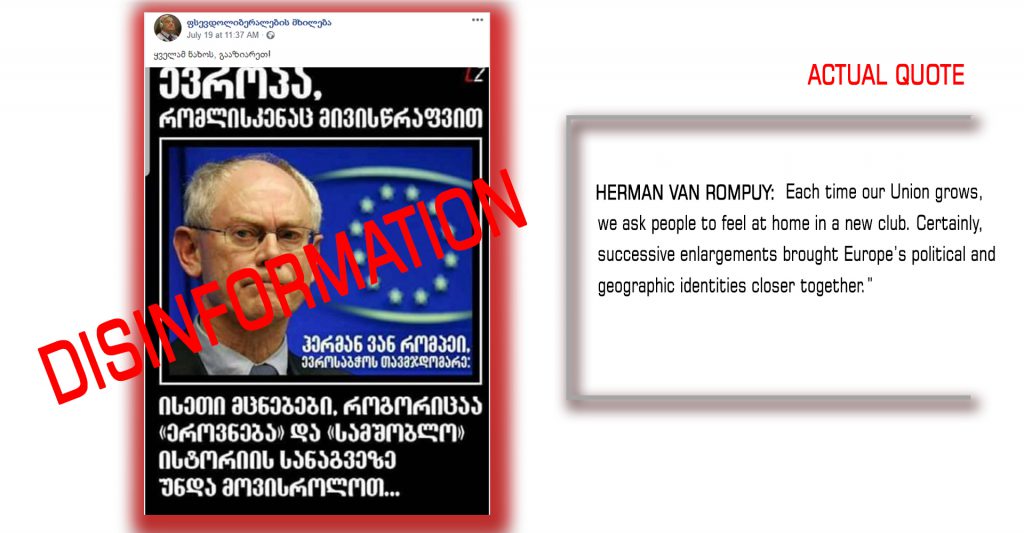 On July 19, 2019, a Facebook page “Exposing Pseudo-Liberals” (ფსევდოლიბერალების მხილება) published a photo of the former President of the European Council, Herman Van Rompuy, with a caption: “Notions such as ‘homeland’ or ‘nationality’ should be thrown into the trash bin of history.”

The page claimed that the statement was made by Herman Van Rompuy. 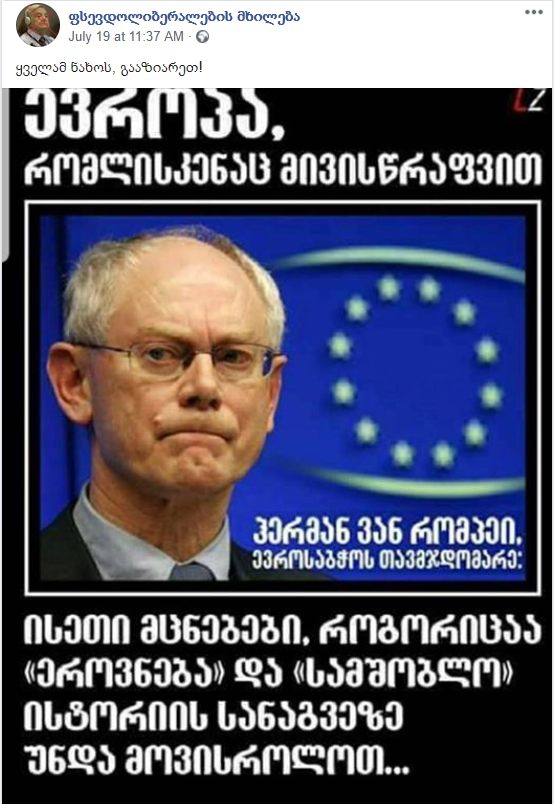 The information disseminated by the Facebook page Exposing Pseudo-Liberals that Herman Van Rompuy said “Notions such as ‘homeland’ or ‘nationality’ should be thrown into the trash bin of history” – is a piece of disinformation. In fact, Van Rompuy, during his speech on November 9, 2013, said that Europe should become a homeland for its citizens so that the new members feel like they are at home. The Facebook page simply repeated an identical piece of disinformation disseminated by Russian media outlets in 2013-2014.

On November 9, 2013, then the President of the European Council, Herman Van Rompuy, spoke about changes that took place after the unification of Germany, while making a speech at the 24th anniversary of the demolition of the Berlin Wall. During his speech, Van Rompuy discussed homeland and nationality notions in a completely different context and noted that Europe should become a homeland for the citizens of its member states so that they feel like home in the new club.

Then President of the European Council also noted that populism and nationalism would not be able to respond to the contemporary challenges and there was a need for politicians to clearly define, what was at stake and speak out their European convictions loudly.

Statements with identical context that Herman Van Rompuy allegedly was disregarding the notions of “nation” and “homeland” were also disseminated by the following Russian media outlets in 2013-2014: politikus.ru, newsland.com, and the blog of Dimitry Belyaev dbelyaev.ru. 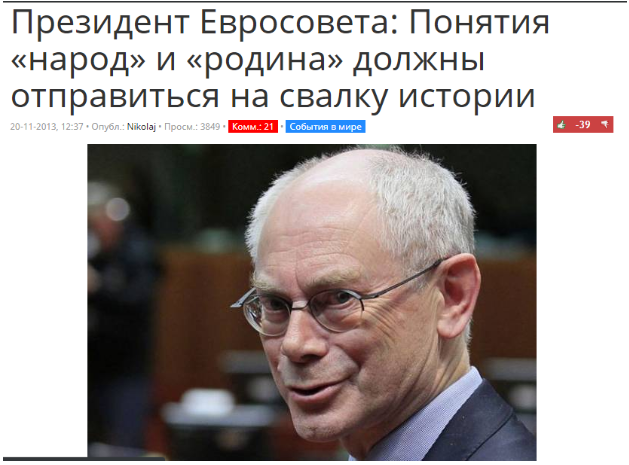 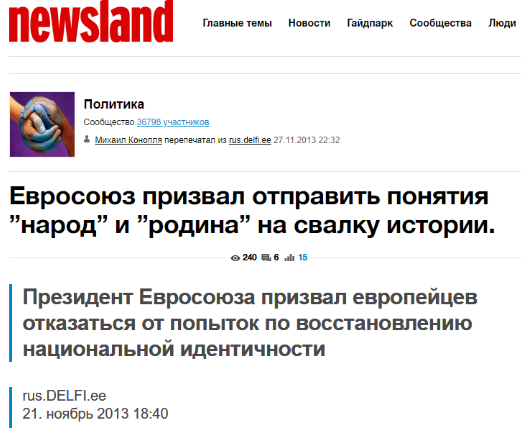 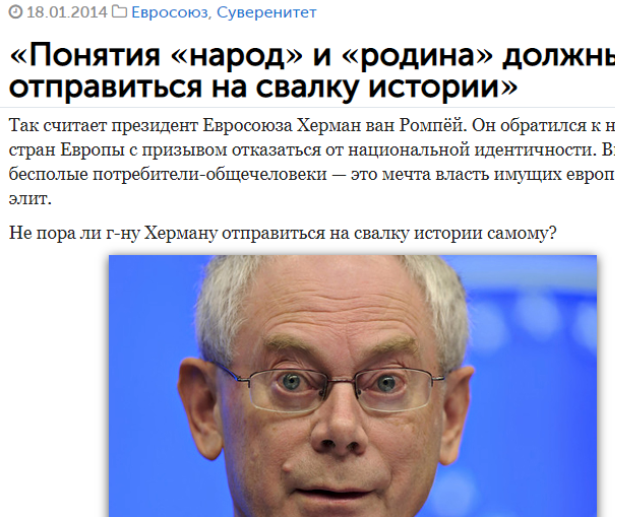 The Facebook page “Exposing Pseudo-Liberals” was created on May 19, 2018. It actively disseminates information containing anti-Western propaganda, shares homophobic and xenophobic posts and tries to discredit the protest manifestations taking place in front of the Parliament in Tbilisi. The fake information about Herman Van Rompuy’s quote is a part of the narrative that Europe allegedly robs us of identity and national values. 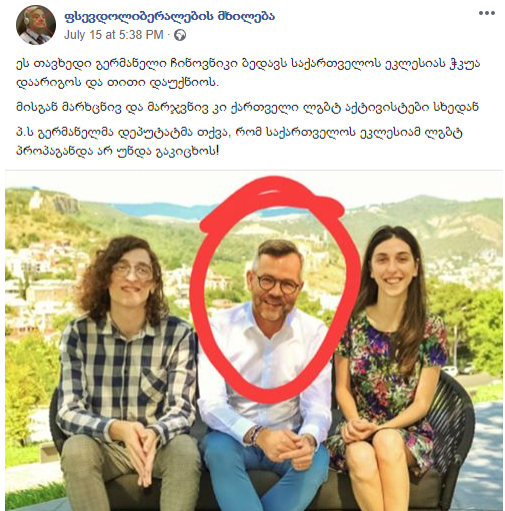 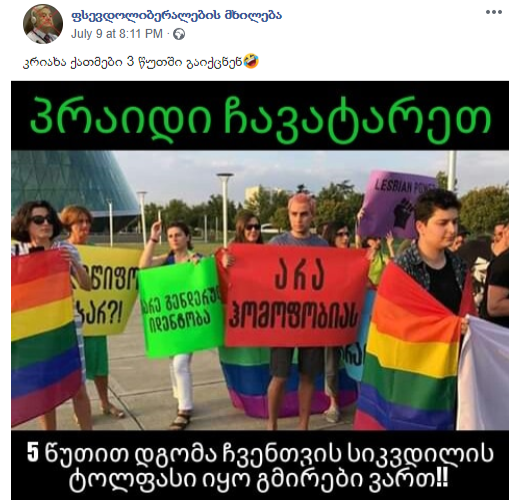 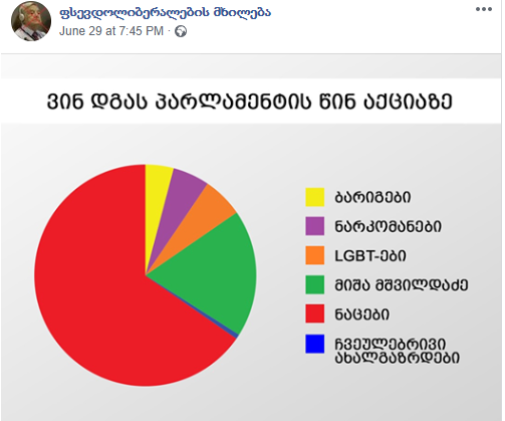