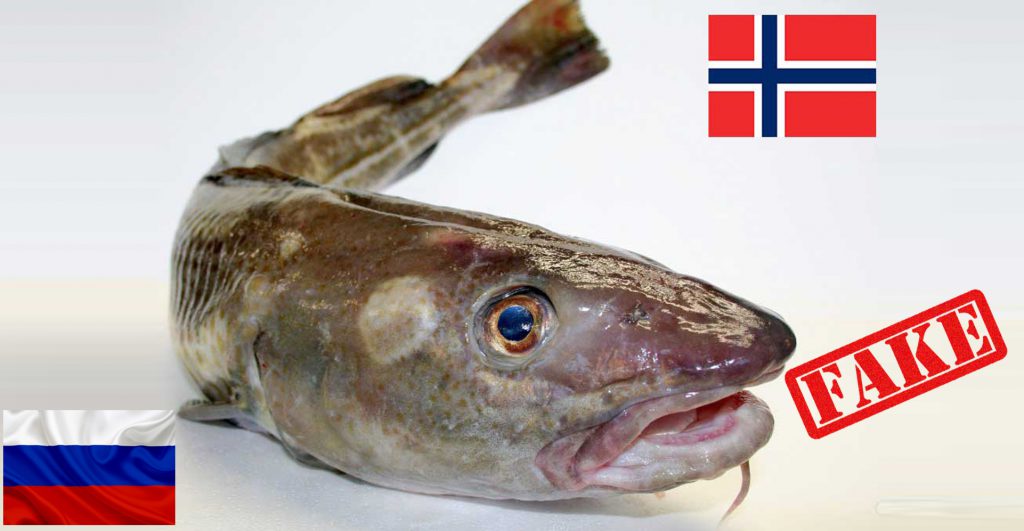 On July 17, 2019, an online edition Georgia and the World published an article titled “Causing a Social Explosion in the Country – the Main Goal of the United National Movement”. The article touches upon the possible losses that the Georgian economy will go through due to deteriorating relations with Russia and brings Norway as an example of a highly advanced economy which, nevertheless, suffered from the sanctions imposed on Russia. The article notes that the Government of Norway stopped fish export to Russia, but was not able to find an alternative market, which resulted in big losses for the country’s economy and, subsequently, in lifting of the sanctions.

The claim by Georgia and the World that Norway allegedly was not able to find an alternative market after banning the fish export to Russia and lifted the sanctions – is a piece of disinformation. 1. Norway joined the EU in imposition of sanctions on Russia in 2014 and supported the extension of sanctions in 2019, together with other partner countries; 2. Norway does not depend on the Russian market, whereas the fish export has been on increase since 2014.

On July 31, 2014, the sanctions imposed by the EU and the United States on Russia officially came into force. The sanctions were adopted due to annexation of Crimea by Russia and the violation of the territorial integrity of Ukraine. Partner countries of the European Union, including Norway, joined the sanctions, too. The Minister of Foreign Affairs of Norway, Børge Brende, stated that the Russian policy is unacceptable to Norway, who joined the sanctions, as Russia had not expressed any will to conduct a peaceful policy.

The sanctions imposed by the EU and its partner countries are periodically prolonged, just like in 2019, when Norway joined the move.

The sanctions implied freezing of specific individuals’ and companies’ stocks, blocking bank transactions, energy sphere, as well as prohibition of military equipment sales and cancellation of certain flights. As a retaliation, on August 6, Russia imposed sanctions on Europe and the United States and restricted the import of products manufactured in these countries, including fish products from Norway. As of today, the term of sanctions has been extended both by the West and Russia.

During the imposition of the countersanctions by Russia, a Norwegian ship full of fish products, headed for Russia, had to steer back and look for a new partner. While for a lower price, the fish was nevertheless sold on the European market.

Norwegian Seafood Council’s official website includes statistics according to which the amount of fish product export as well as the sales have been on increase since 2014. In 2017, Norway reached a record high figure, as it sold 2.6 tons of fish products worth NOK 94.5 billion (USD 11 billion) on the world market. 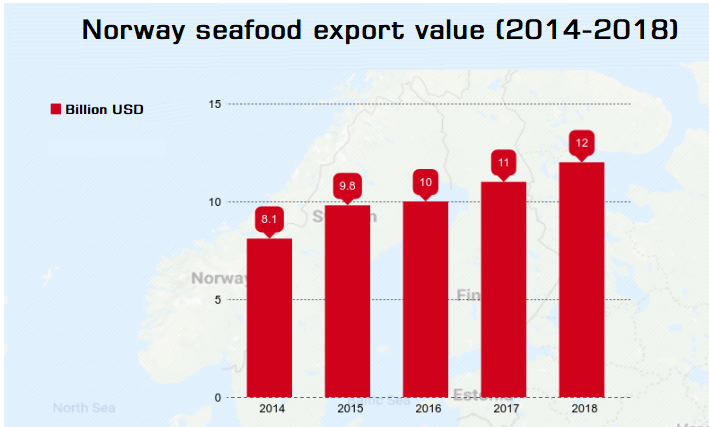 As of 2019, the export of fish products, including salmon and trout (massively exported to Russia before sanctions) has increased even more. It is evident that Norway has not experienced any losses and it successfully found alternative partners.

Norway exports fish products to the European, American, and Asian markets. Ten of the Norway’s biggest partners include Poland, France, the U.S., and Denmark. 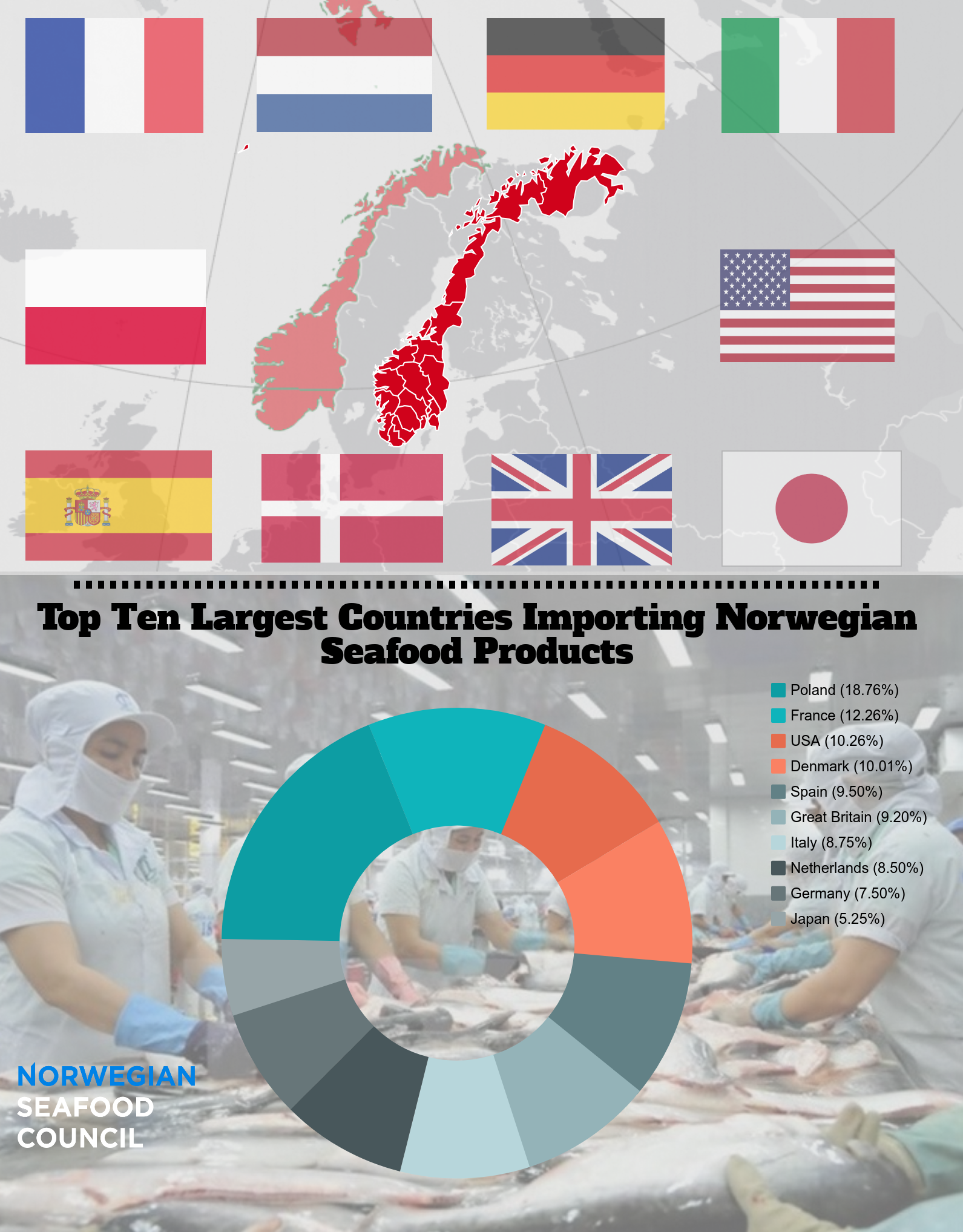 Russia has constantly tried to exploit economic relations for political manipulations both in Europe and Georgia. The article by Georgia and the World, by bringing Norway’s example, tries to create a perception that Russia is the savior of all markets and without its help, both advanced and developing economies will suffer.

For Russia, embargo is a sort of punishment mechanism, however, Georgia can also take advantage of an alternative market.

According to the National Statistics Office of Georgia, in 2017, Georgia’s export totaled USD 2.7 billion, from which 14% fell on Russia and 23% – on the EU. The figures are similar in the second quarter of 2019 (January – June). 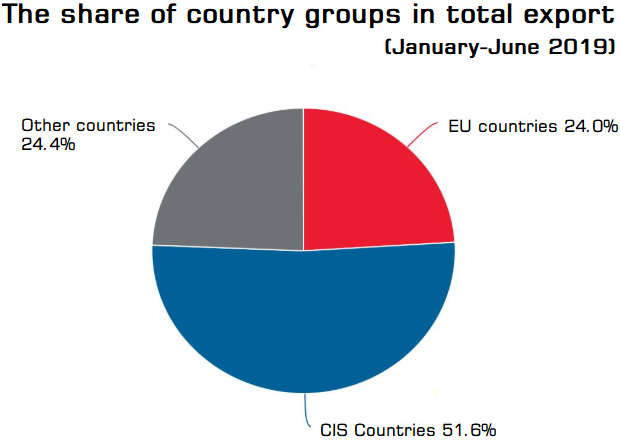 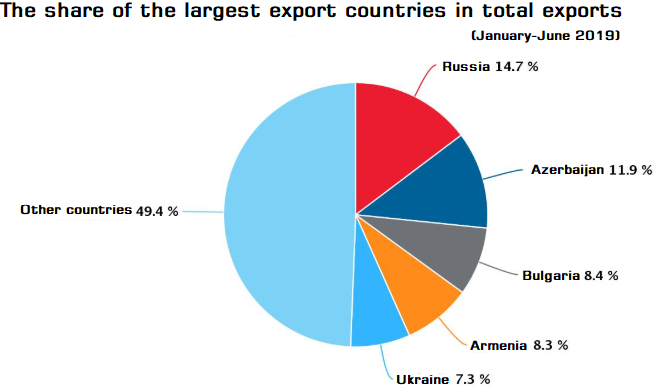