Disinformation about the First Lady of France being a Transgender Woman 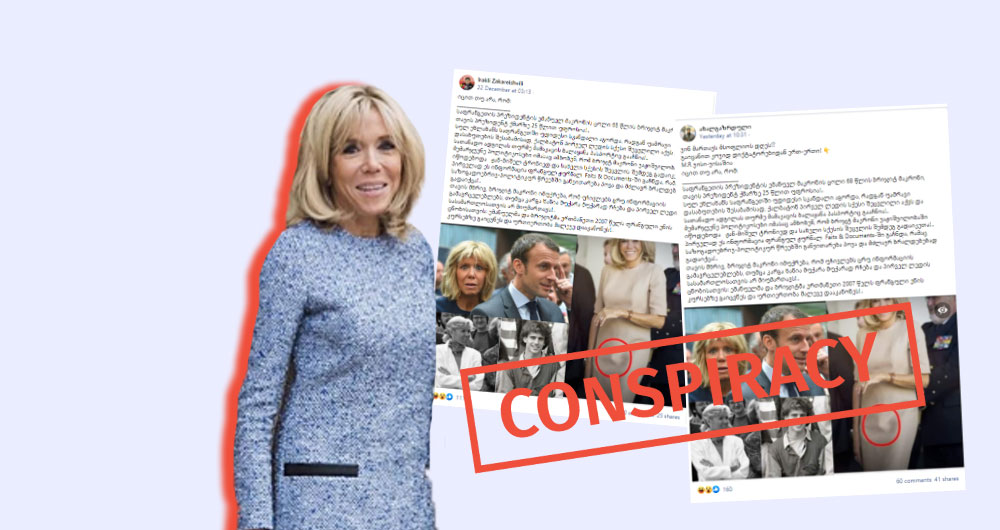 On December 22, 2021, the Facebook page “Akhalgazrduli” published a post with the title: “Who rules the world?” According to the post, the first lady of France, Brigitte Macron, has changed her sex, and her real name is Jean-Michel Tronier. The post is accompanied by a photo of Brigitte Macron, who allegedly proves that the First Lady of France was male at birth. Identical information was published by Facebook user Irakli Zakareishvili a few hours earlier. 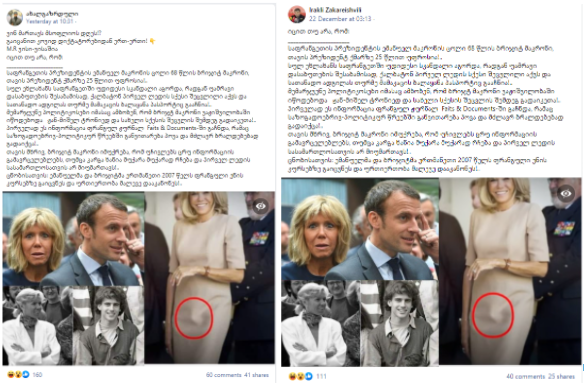 The information disseminated on social media about Brigitte Macron being a transgender woman is without evidence. Gender-related speculations against France’s first lady are part of a conspiracy to discredit Emmanuel Macron, who will run for the 2022 elections.

The dress that became the target of the conspiracy was worn by Brigitte Macron at the G7 Summit in August 2019. The photo, which was shared on social media, was taken in movement, and the part, which is said to resemble Macron’s genitalia, is formed by the folds of the dress. 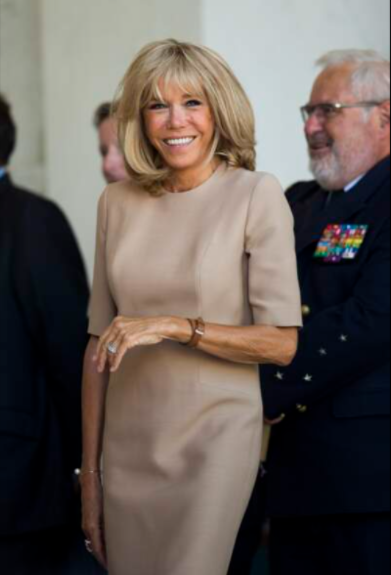 The folds cannot be observed on any other pictures taken that day. 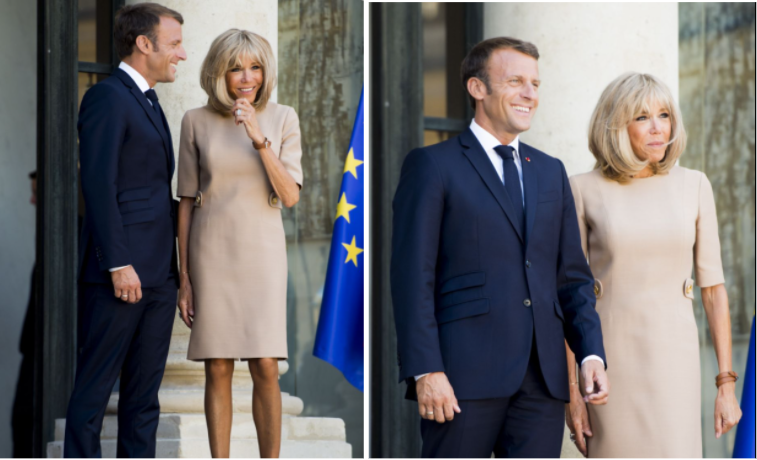 According to Euronews, the fake information was first posted on Facebook by self-proclaimed journalist Natasha Ray, who intensively spreads conspiracies about the so-called Covid-dictatorship and anti-Covid vaccines. The conspiracy theory about Brigitte Macron’s secret was also published in October 2021 on the far-right website ‘Faits et document.’

This is not the first time Emmanuel and Brigitte Macron have been the target of widespread conspiracies about gender and sexual orientation. During the 2017 presidential campaign, Emmanuel Macron had to deny allegations that he was gay. The age difference between the president and his wife has also been repeatedly criticized.