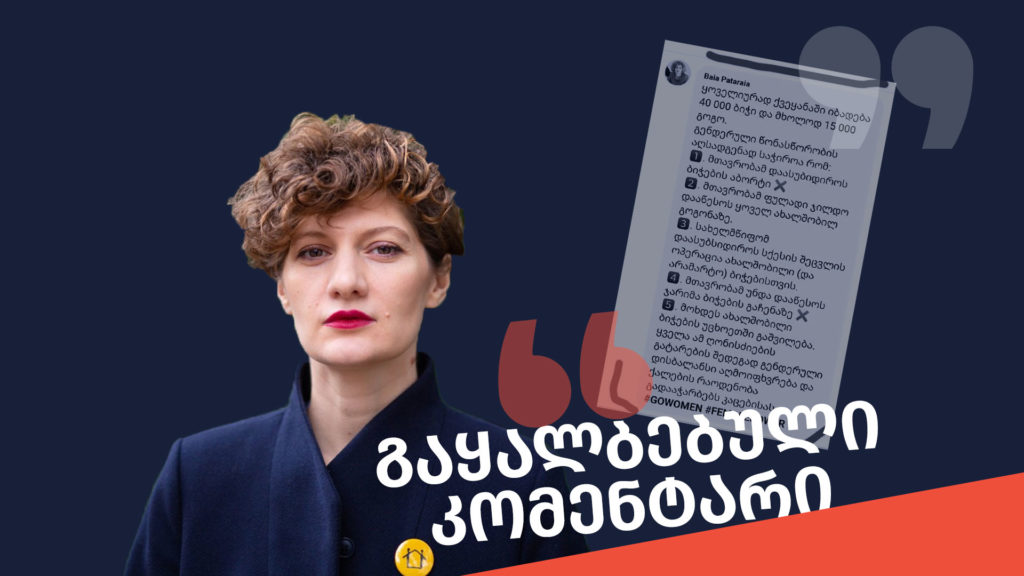 On August 21st, 2021, the Facebook user Tedo Abashidze shared a screenshot allegedly showcasing the comment of a Georgian women’s rights activist Baia Pataraia. According to the screenshot, Pataraia claims that 40000 boys are born in Georgia every year, while the number of newborn girls is only 16000. Therefore, in order to restore gender equality in Georgia, the government has to subsidise abortion of male foetuses and sexual reassignment surgery for newborn babies. In addition, the screenshot shows that Pataraia demands the imposition of fines on newborn male babies and giving financial support to the parents of girls. The screenshot creates the impression that the comment is made by Pataraia’s personal account. 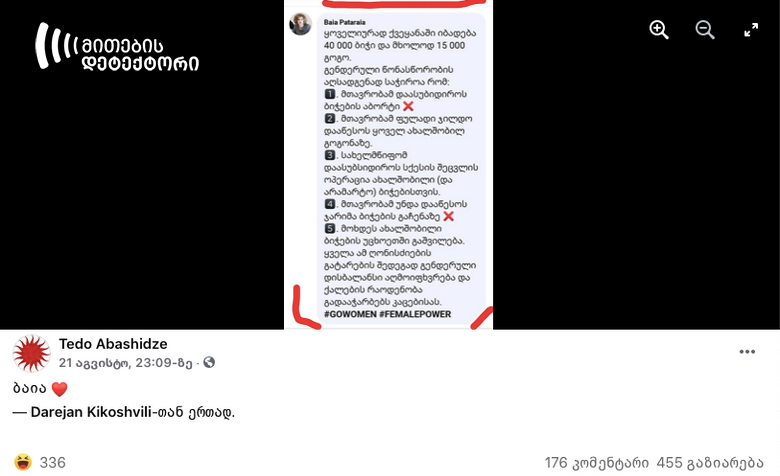 As of August 23rd, the post has accumulated 336 reactions and 455 shares. In addition, identical screenshots have been posted by the account “Kacuri Kacis Kacuri Mimebi” and pages “Khelovnuri Suntkva,” and “Why Not?.”

The screenshot published by Tedo Abashidze allegedly showcasing the comment of Baia Pataraia is fabricated. Baia Pataraia has issued a statement on her official Facebook account and stressed that she has never made a comment of this kind.

On August 22nd, in response to the circulated fabricated comment, Baia Pataraia published a post on her personal Facebook account. She confirmed the inauthenticity of the disseminated information and addressed the disinformation campaign directed against her. Pataraia stated that the user Tedo Abashidze regularly spreads false information in the name of the women’s rights activist.

Baia Pataraia has been a target of disinformation in the past as well. For more, see the articles of “Myth Detector:”