Death of a Truck Driver in Moscow Unrelated to Vaccine 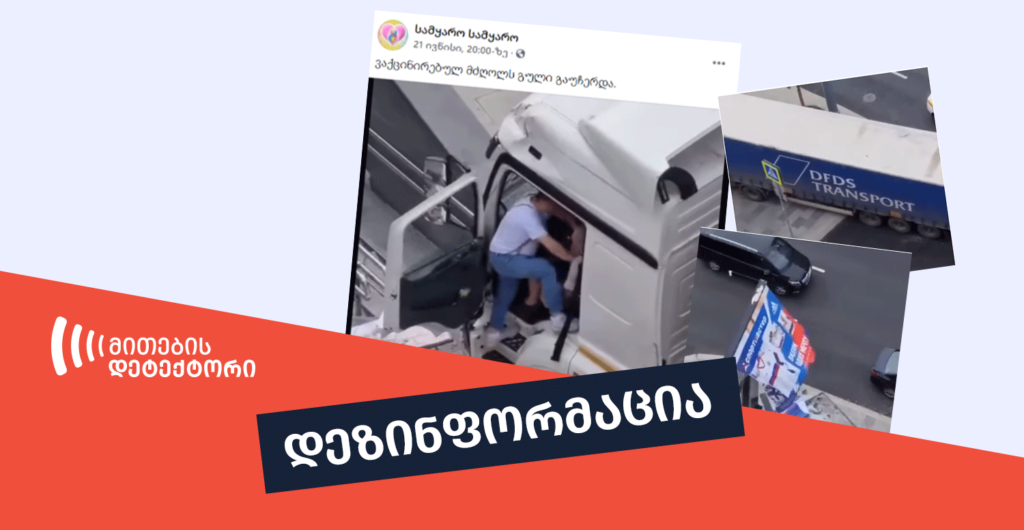 On June 21, a Facebook profile სამყარო სამყარო (World World) published a video, showing an unconscious truck driver and a witness providing CPR. World World writes in the description of the video that the driver was vaccinated and his heart stopped beating. 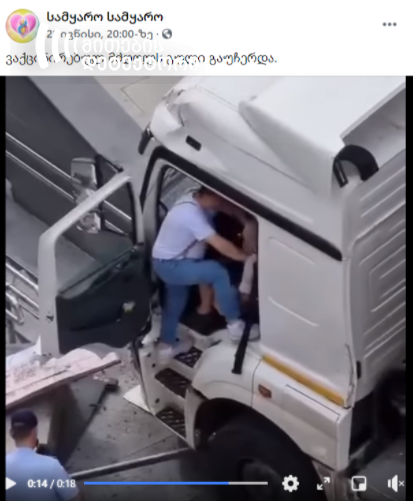 The information that the heart of the man on the video stopped due to a vaccine is false. The given video was recorded in Moscow. The details about the incident can be found via Russian media, but none of the sources mention vaccination as a possible source of death.

The widespread video shows that the truck belongs to a company called DFDS Transport. The video also features the flag of Russia and Russian text, indicating that the video must have been recorded in Russia.

Using the keywords retrieved from the video footage, we googled the incident and found out that it took place in Moscow, at Sadovaya-Karetnaya Street, when a truck left the carriageway and crashed into a bus stop. No pedestrians were harmed, but the unconscious driver was transferred to a hospital. Russian media disseminated information about the incident based on the Press Service of the Ministry of the Internal Affairs of Russia. None of the media mentions vaccination as a possible reason for the death of the truck driver. It is unknown, whether the driver had been vaccinated.

Doctors named heart attack as a possible diagnosis. Although not yet confirmed, but the heart attack might have been caused by extreme heat – temperatures are above 30 degrees in the last two days in Moscow.

The claim that vaccines cause illnesses, including heart problems, has also been disseminated earlier. It has been shared by anti-vaccination Facebook pages and individual accounts. World World also frequently disseminates disinformation about the vaccination.
Read more on this topic in the articles by Myth Detector: