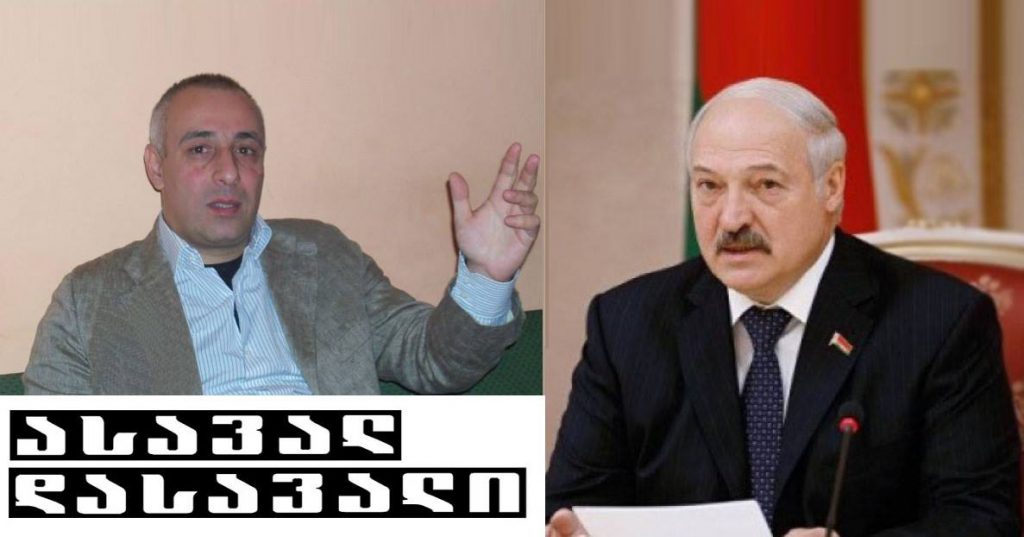 In an October 1-7 edition of Asaval-Dasavali, a journalist, Zaza Davita writes that Belarus is a model country, as it managed to maintain friendly relations with Russia while establishing partner relations with Europe. Asaval-Dasavali also claims that Europe has accused Belarus of violating human rights less often than Georgia.

The President of Belarus, Alexander Lukashenko, who has been ruling the country since 1994, is often referred to as the last dictator of Europe, whereas Belarus is labelled as “the fore post of tyranny ”. European Union, OSCE, Council of Europe, United Nations and other influential international organizations publish critical annual reports and statements on human rights conditions in Belarus. The European Union and the United States imposed sanctions on Belarus due to the violations of human rights. Therefore, Asaval-Dasavali’s information that Belarus is, allegedly, accused of human rights violations less often than Georgia, is false.

Fact #1: The European Union and the United States have imposed sanctions on Belarus for violating human rights.

Due to political repressions, human rights violations and rigging of elections, tens of Belorussian government officials became subjects of sanctions from the European Union and the United States.

The European Union imposed sanctions on Belarus due to political repressions that have taken place in the country since 2004. In March 2006, due to violation of electoral standards and human rights, as well as repressions against civil society and opposition, President Lukashenko, together with other members of the government, became subject to EU sanctions, too. Due to the violations during the 2010 Presidential Elections, the EU sanctions list increased even more.

The European Parliament, in its 2018 Report, again, assesses the human rights situation in the country as critical. It is noteworthy that in 2016, the EU weakened the sanctions to facilitate the dialogue with Belarus on democracy and human rights, although, visa restrictions imposed on some members of the government, as well as arms embargo, are still in force.

Fact #2: According to the assessment by the EU, Belarus has the worst indicators in terms of human rights and democracy among all the countries of Eastern Partnership, which is directly reflected on the perspectives of the European Integration. Fact #3: Belarus has been denied the membership of the Council of Europe due to human rights violations.

Assessment of human rights situation in Belarus by the United Nations:

Assessment of human rights situation in Belarus by OSCE:

The 2017 Resolution of the OSCE Parliamentary Assembly underlines the lack of media freedom, increase in the number of offenses against the journalists, legislation which restricts broadcasting and internet freedom, as well as the prosecution of independent journalists in Belarus. OSCE Parliamentary Assembly called upon Belarus to immediately free all political prisoners. OSCE negatively assessed the 2015 Presidential Elections in Belarus and underlined the rigging of the elections, as well as non-compliance of the electoral environment to international standards.

Political prisoners, repressions, restrictions on freedom of speech and expression, continued practice of death penalty – such is the evaluation of human rights situation in Belarus according to 2017 reports by Amnesty International and Freedom House.

According to Freedom House, Belarus, together with Russia and Azerbaijan, are the only non-free countries in Europe. The 2018 Report by Reporters Without Borders shows the same picture in terms of press freedom.

According to the assessment by Human Rights Watch, the situation in terms of human rights is not improving in Belarus. It is the only European country where death penalty is an accepted practice and widescale repressions are carried out against the opposition and the civil sector. It is noteworthy that in Belarus, which is on good terms with Putin’s Russia, the president fully controls the security services and court systems; the constitutional amendments of 1996 and 2004 served exactly this purpose. Belarus’s legislation does not meet modern standards, whereas the elections held in the country are under constant criticism from international observers. Lukashenko’s regime has been carrying out repressions against the opposition for decades and the fundamental human rights are not protected in the country.