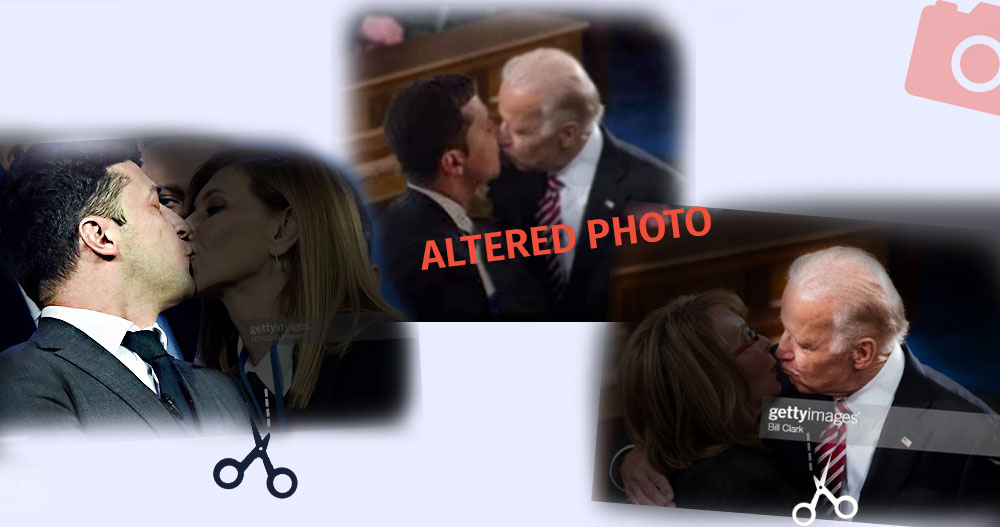 On April 9th, 2022, the Facebook users “Amiran Pruidze” and “Faika Nacvlishvili” published a photo of U.S. President Joe Biden and Ukrainian President Volodymyr Zelenskyy kissing. The authors of the post claim that in 2008 the Ukrainian Rada failed to pass a resolution in support of Georgia and that the same year, the Ukrainian authorities did not hinder the exit and supply of Russian naval vessels from the Crimea, which was under Ukrainian control at that time. 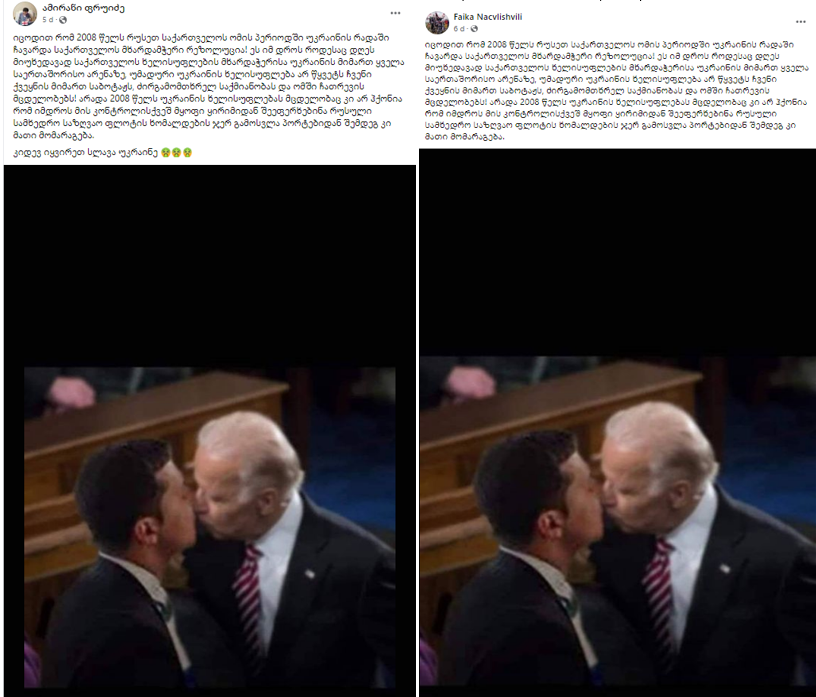 The photo allegedly showing Biden and Zelenskyy kissing each other has been altered using a software. The original photo was taken in 2016, and Biden kisses the former U.S. Congresswoman Gabrielle Giffords. Zelenskyy’s photo was taken in 2019 and he kisses his wife, Olena Zelenska. As for Crimea, the claim that the Ukrainian government had controlled the Crimean port of Sevastopol in 2008 is disinformation, as the port has been under Russian control since 1997.

The photo of Joe Biden and Gabriel Giffords was taken on January 12th, 2016, at the event marking the last annual address of then-US President Barack Obama. The original photo is available on gettyimages. 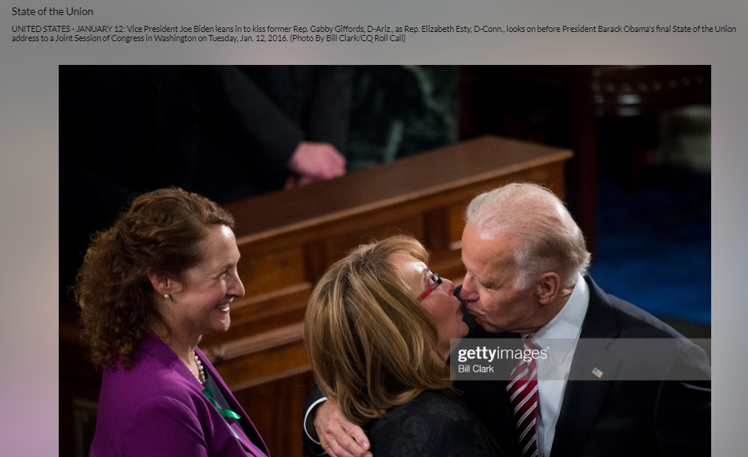 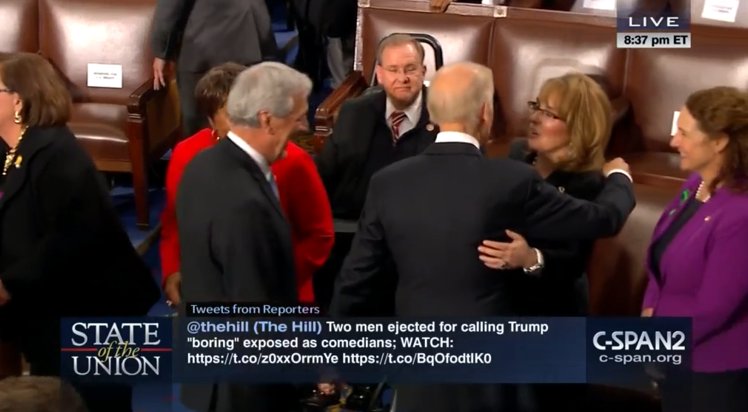 As for the photo of Volodymyr Zelenskyy, which was manually inserted next to Biden, it was taken on April 19th, 2019, during the presidential debate between Zelenskyy and Poroshenko at the Olympic Stadium in Kyiv. The photo depicts Zelenskyy kissing his wife, Olena Zelenska. 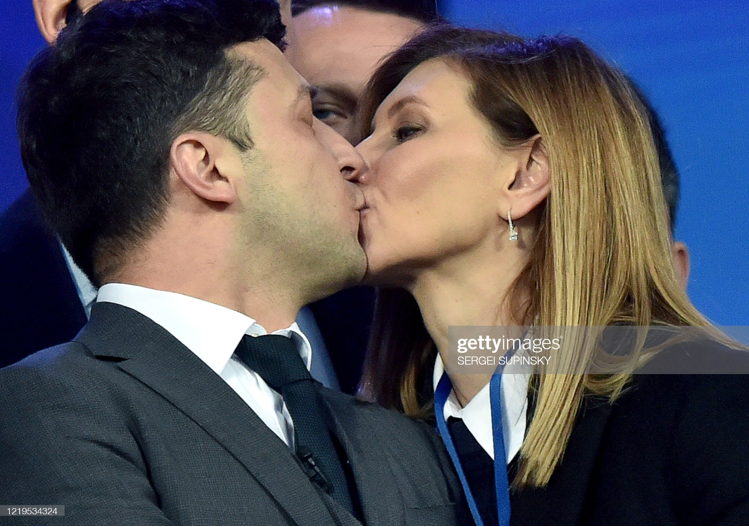 In addition, the posts argue that in 2008, the Ukrainian authorities did not stop the withdrawal of Russian naval vessels from Crimea under Ukrainian control at that time. In fact, under the 1997 Russia-Ukraine agreement, the Crimean port of Sevastopol was controlled by the Russian government, so the Ukrainian government had no control over the port of Sevastopol, and they could not halt the Russian ships.

The altered photo of Biden and Zelenskyy was disseminated by the Facebook users Amiran Pruidze and Faika Nacvlishvili. Both of these accounts like the Facebook pages of “Alt-Info” and the “Conservative Movement.” 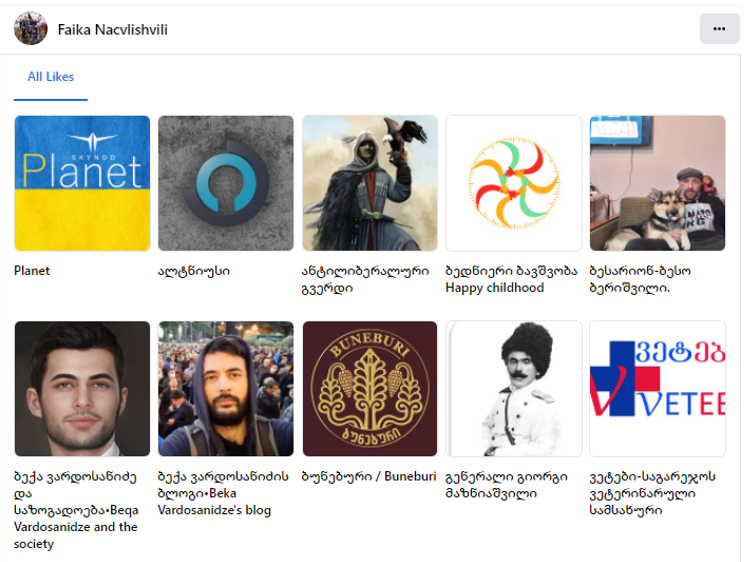 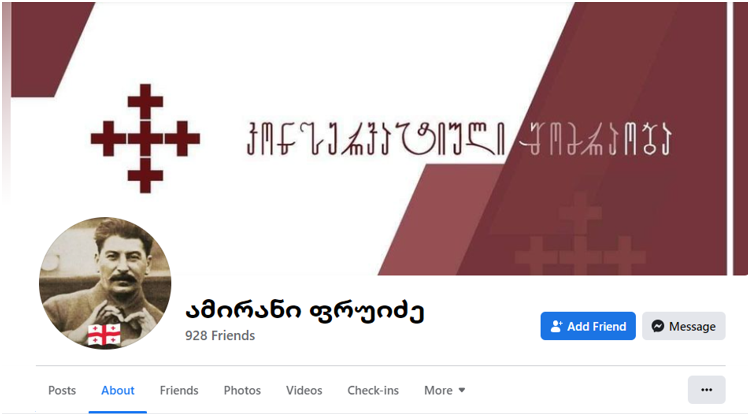 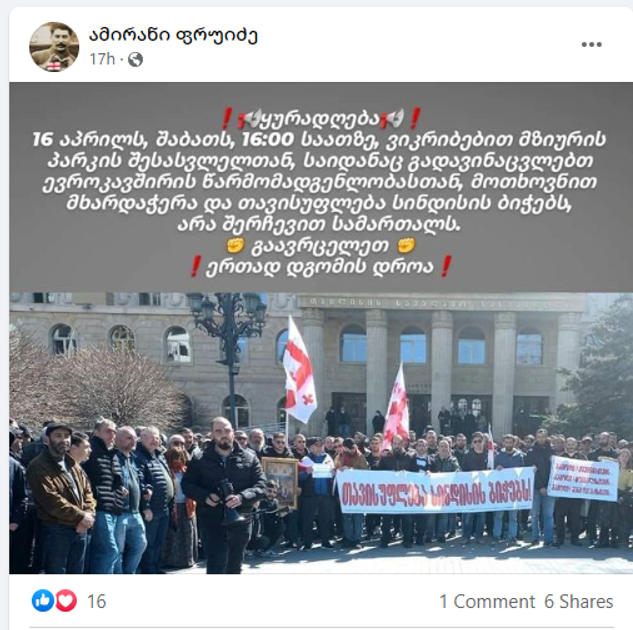