Why is Sovaldi Listed Among Vital Medications in Russia Considered “Dangerous” at Lugar Lab? 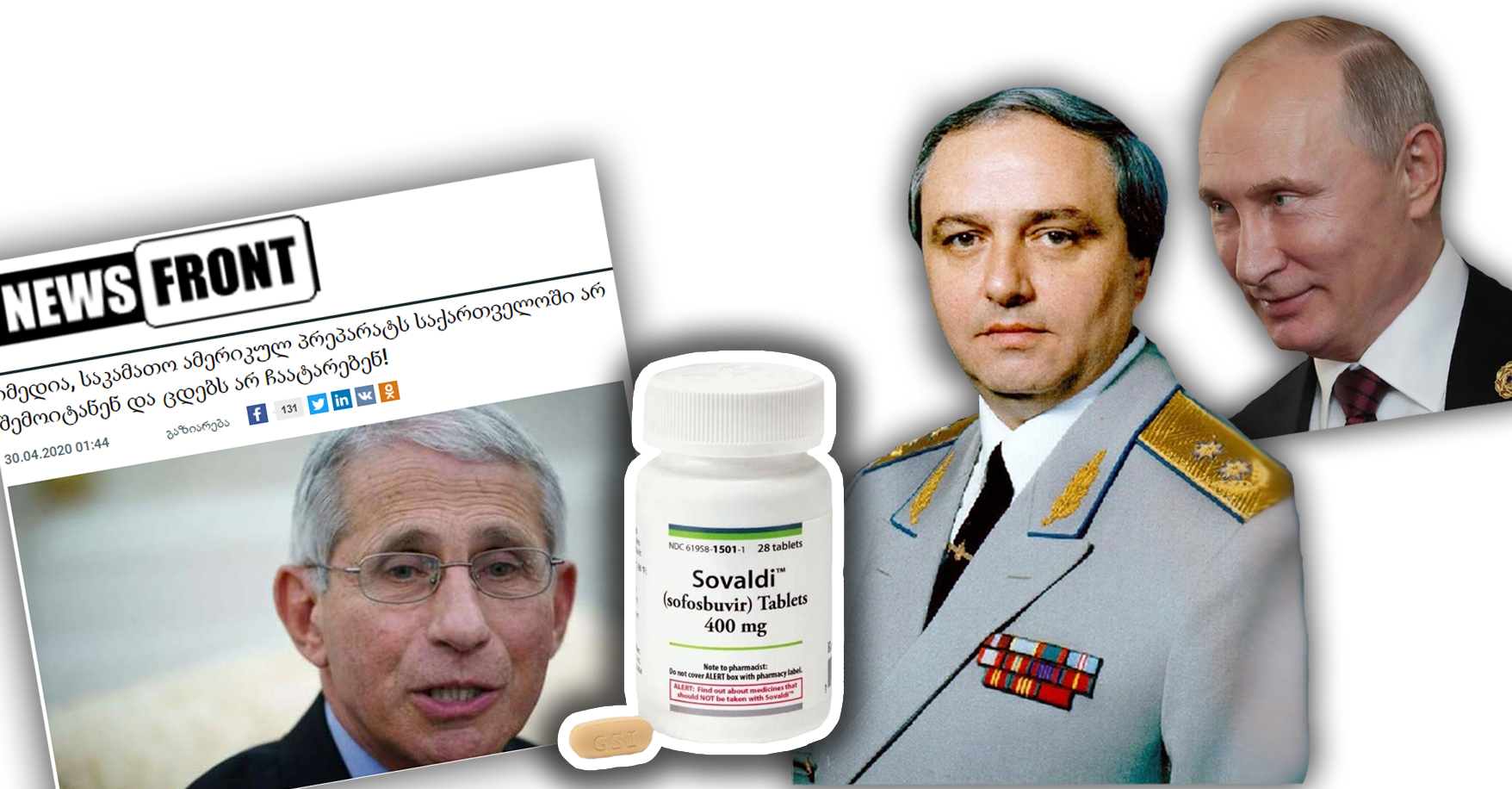 On April 30, News Front Georgia published an article headlined “Let’s hope, a controversial American medication is not imported and tested in Georgia!” The article is about an antiviral medication Remdesivir produced by the U.S. company Gilead Sciences, which is being tested for COVID-19 treatment. The author of the article accuses the United States of carrying out tests on Georgian citizens, recollecting another drug Sovaldi produced by the same company to treat Hepatitis C, which, according to the author, was supplied to the Tbilisi-based Lugar Lab.

News Front: “This is not the first time Americans use weak countries like Georgia as a proving ground for their experiments. A drug named Sovaldi produced by the above mentioned Gilead Sciences was supplied to the Lugar Lab and it was tested on Georgian citizens infected with Hepatitis C.”

Conspiracy theories about Sofosbuvir, sold under the brand name Sovaldi, were first spread by Georgia’s ex-security chief Igor Giorgadze. Later, Russian President Vladimir Putin also echoed his remarks. It is worth noting that Sovaldi was registered in Russia in 2016 and it has been used to treat Hepatitis C countrywide. In 2019, by decree of the Russian government, it was included in the list of vital medications. It should be noted that 24 481 out of 36 012 Georgian patients involved in the government-supported Hepatitis C elimination program in 2015-2017 recovered from the disease.

Due to the aggravated statistical data on Hepatitis C in the country, in 2013, Georgia applied to the U.S. Centers for Disease Control and Prevention for assistance and pharmaceutical company Gilead assumed the responsibility to supply Georgia with Hepatitis C treatment medications. Sovaldi was handed over to Georgia free of charge and it was used under the Hepatitis C elimination program of Georgia. In 2015-2017, 36 012 patients underwent treatment under the government program and 24 481 patients recovered from the disease.

Vladimir Putin: “I cannot judge myself how trustworthy the documents [about the Lugar Lab] are. I saw the statement made by the former Security Minister of Georgia. No doubt, it is alarming. If they really do such things, it is very dangerous. From what I saw, it’s about the drugs which can affect human beings based on their ethnicity. The initial appearance will radically change after two or three generations. If anyone is doing such things, they should know that others will do the same. Therefore, it is necessary to sit down and develop common rules in respect of this, extremely sensitive sphere.”

According to the Russian Health Ministry’s drug registry, Sovaldi was registered in Russia on March 25, 2016. The Russian Health Ministry’s commission had been discussing the issue of listing Sovaldi among the vital medications since 2018. Elena Maksimkina of the Ministry of Health of the Russian Federation noted in 2018 that Russia had acknowledged the importance of using Sovaldi, but its price was very expensive for the country’s budget. She also noted that they carried out negotiations with Gilead and the latter agreed to supply drugs at a lower price. 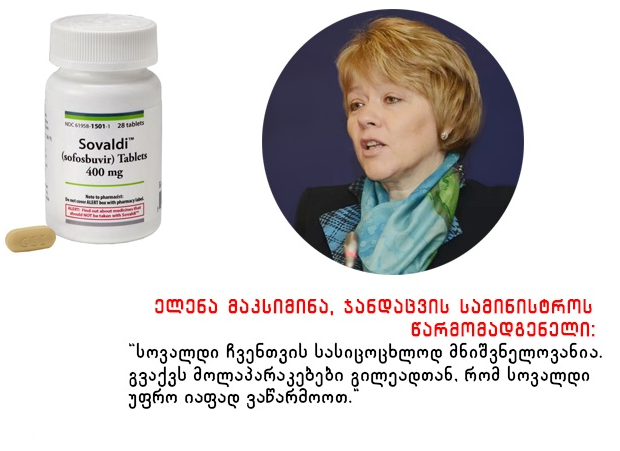 By decree № 2406-р of the Russian government dated October 12, 2019, Sovaldi was included in the list of vital and essential medications. 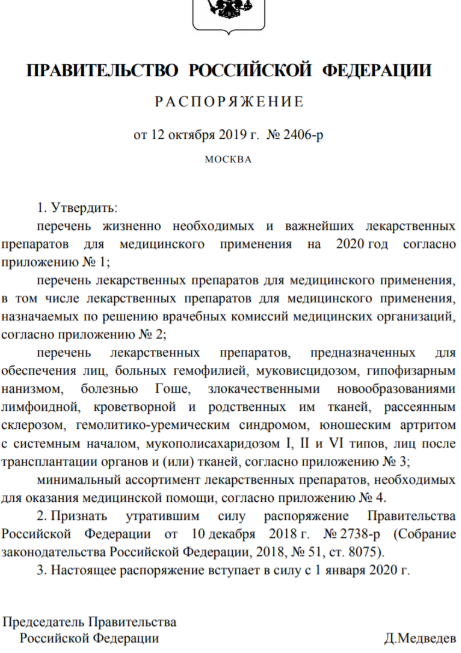 About Gilead and Remdesivir

Gilead Sciences is an American biopharmaceutical company founded in 1987. The company focuses primarily on antiviral drugs used in the treatment of HIV, Hepatitis B, Hepatitis C, and influenza. The company operates in North America, Europe and Australia. Gilead has created Remdesivir, an antiviral drug tested to treat coronavirus since February 2020. According to the initial results for March, the drug was effectively used to suspend the spread of coronavirus. On April 29, the company announced the results from the phase 3 trial, saying that “Remdesivir is not yet licensed or approved anywhere globally and has not yet been demonstrated to be safe or effective for the treatment of COVID-19.” The trial is still underway.

Below are Myth Detector’s publications on the same topic: