Why is Russia Afraid of the Anaklia Port? 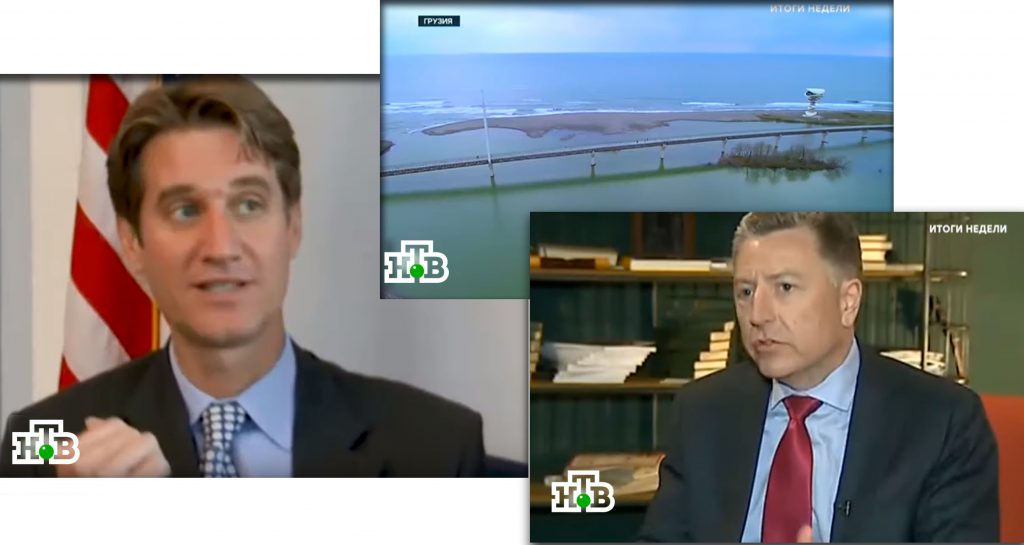 On September 8, 2019, a TV report about the Anaklia Port was aired on NTV, a Russian state television. An NTV journalist tried to frame the issue as if the construction of Anaklia Port is only in the interests of the United States. According to him, the idea of building Anaklia Port is associated with the withdrawal of American troops from Afghanistan and that Georgia does not benefit from it in any way. According to the TV report, the United States tries to impose the Anaklia Port project upon Georgia, as Georgian ports are not deep-water ports, so they cannot receive military vessels.

The report connects the Anaklia Port project to the anti-occupation manifestations that were launched after Sergey Gavrilov, a Russian MP, took a seat in the chair of the Speaker of the Parliament of Georgia. Moreover, apart from Anaklia Port, the journalist visited Vaziani Military Base, where, according to him, Georgian and NATO soldiers conduct joint trainings. The journalist then proceeds to connect Anaklia Port to the joint trainings.

The NTV report is a continuation of the discreditation campaign targeting Anaklia Port, conducted by the Kremlin and certain pro-Kremlin actors in Georgia. NTV discusses Anaklia Port project in the light of the recent political developments in Georgia, showcases them as a military project through fact selectivity and manipulations and creates an impression that the implementation of this project is only in the interests of the United States and that it represents a threat.

There are Russian interests behind the information campaign targeting Anaklia Port. The construction of the port contradicts the Russian interests because: 1. It will decrease the influence and leverages held by Russia; 2. It will negatively reflect on the transit function and geopolitical importance of Russia; 3. It will compete with Russian ports; 4. It contradicts the Russian policy aiming at gaining influence on the Black Sea.

1.Anaklia Port will decrease the influence and leverages held by Russia.

a)  Anaklia Port is a chance for developing the economic and transit functions of Georgia – something that will decrease the influence of Russia over Georgia and the leverages held by it.

Anaklia Port would create a possibility of becoming a transit hub and connecting China/Central Asia to Europe.

Georgia is the only country in the Black Sea basin that does not have a deep-water port – something that significantly hinders the utilization of the country’s transit potential. As of today, Georgia is not able to receive 75% of the cargo ships sailing in the Black Sea. Anaklia Port would serve both Panamax and Post-Panamax ships – the largest possible size limits for ships travelling through Panama Canal. In addition, in 2018, all Georgian ports together (Batumi, Poti, Kulevi) conducted only 1 million ton of cargo, whereas Anaklia Port will be able to conduct 100 million ton after five years, if constructed.

Anaklia Port would increase the trade and transport role of Georgia and its strategic importance, subsequently promoting the country’s development and independence.

The fact that Anaklia Deep-Water Port would be directly receiving cargo, without Russian ports serving as a medium, would decrease the influence of Russia on Central Asian countries and Romania.

2. It will negatively reflect on the transit function and the geopolitical importance of Russia

As of today, cargo transit from China and Central Asia to Europe passes through Russia. However, in case Anaklia Deep-Water Port is constructed, the transit path can bypass Russia. It is noteworthy that in March 2019, Georgia, together with Romania, from one side, and Turkmenistan and Azerbaijan from the other, signed a declaration supporting Caspian Sea–Black Sea International Transport Corridor (ITC-CSBS). The given corridor also includes a sea route and can possibly become one of the most important parts of the transit path between China and Europe.

3. It will compete with Russian ports

Black Sea is an important corridor for the Russian export and import. Novorossiysk Port, located on the Black Sea coast, is one of the most important transport hubs. The given port is on the first place in Russia and the fifth place in Europe by cargo transit. Twenty percent of port transit in Russia falls on Novorossiysk Port. Anaklia Deep-Water Port, which, like Novorossiysk, is located on the Black Sea coast, will be a rival of the Russian port.

4. Black Sea is a priority for Russia, who wants to have it under control. Creation of any new port that would not be under Russian control would counter the ambitions of Russia

Black Sea is one of the most strategically important areas for Russia which is reflected in the 2015 Maritime Doctrine of Russia. Russia considers the Black Sea as the most important areas for the NATO and EU enlargement as well as for the projection of power onto the Middle East. Since the 2014 annexation of Crimea and active militarization in the Black Sea, Russia’s naval capacity has greatly increased. The construction of Anaklia Deep-Water Port that would create new defense and economic opportunities aims to contain Russian influence and contradicts the interests of the latter.

Who is involved in the campaign aiming to discredit the Anaklia Deep-Water Port project?

Russian media began discrediting the Anaklia Deep-Water Port project in 2016, when articles, claiming that it was a secret military base of the United States, appeared.

The new wave of the discreditation campaign against Anaklia Port was activated after Mamuka Khazaradze made a statement about the creation of a public movement.

Until then, the campaign against Anaklia Port was especially active in January-February 2019, after January 9, when the Prosecutor’s Office made a public statement about the investigation into TBC Bank and the construction of the Anaklia Deep-Water Port was put on the agenda. In the given period, Georgian pro-Kremlin media outlets and politicians were disseminating conspiracies against Anaklia Port. In parallel, pro-government Facebook pages and trolls joined the campaign against Mamuka Khazaradze and Badri Japaridze.

Out of all media outlets, Saqinform and its editor Arno Khidirbegashvili, as well as Obiektivi and Sputnik, stood out. The Leader of the Democratic Movement United Georgia, Nino Burjanadze and the Leader of the Georgian Troupe, Jondi Baghaturia were the most active among the politicians. 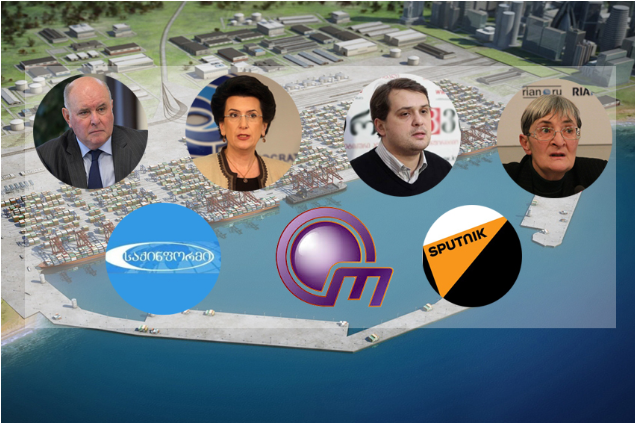 Publication released by the Myth Detector on disinformation campaign against Anaklia Port is provided below: