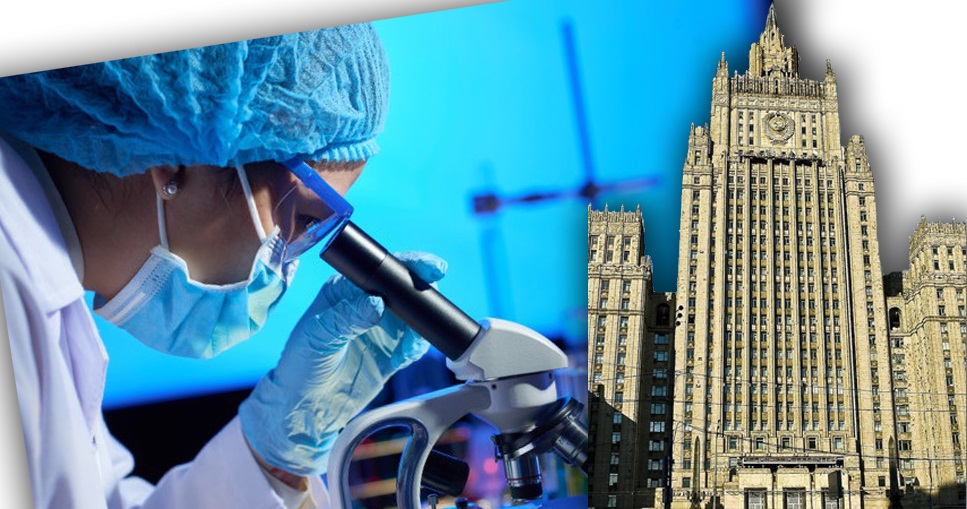 On July 4, the Russian Foreign Ministry released one more statement regarding the Tbilisi-based Richard Lugar Center for Public Health Research, popularly known as Lugar Lab, according to which the U.S. Department of Defense is carrying out military-biological activities near the Russian borders, particularly at the Lugar Center in Georgia. The statement was spread by Interpressnews news agency. Moscow claims that the Lugar Center houses the Medical Research Directorate of the U.S-Georgia Land Forces, which by its activities violates the Biological Weapons Convention and carries out “banned activities.” The Russian Foreign Ministry reiterated its calls for organizing Russian experts’ visit to the Lugar Research Center, adding that it will agree on a bilateral format only, without the participation of other countries, international and regional organizations. The Russian Foreign Ministry released similar statement on May 26 as well.

1. The Lugar Center cannot violate the Convention on the Prohibition of Biological Weapons, because the lab is involved in infectious disease detection and epidemiological surveillance.

In response to the Russian government’s accusations, the Georgian Foreign Ministry released a statement on May 27, rejecting the violation of the Biological Weapons Convention by the Lugar Center. It noted that the Lugar Center functions as an integral laboratory unit of the National Center for Disease Control and Public Health. The facility represents the highest level institution of the Laboratory Network of Disease Epidemiological Surveillance which, itself, is a referral center of the Georgian Public Health System. The Ministry clarified that any research or activity at the facilities of the Center are carried out by the relevant experts exceptionally under the coordination and management of the competent Georgian agencies.

The same statement reads that three virology (poliomyelitis, influenza and measles) laboratories accredited by the World Health Organization (WHO) operate in the Center. Besides, under the international quality control, the following laboratories operate at the facility: the diagnosis of rotavirus, invasive meningitis, malaria, antibiotic resistance, diphtheria and salmonellosis. The Center has an international ISO accreditation for the clinical laboratory research.

The purpose of the Lugar Center is to protect public health and prevent biological disasters. The Center is mainly involved in detection, diagnostics and prevention of infectious diseases and epidemics. The Lugar Center has played an important role during the coronavirus pandemic in performing rapid diagnostic tests and genome research in Georgia.

2. Accusations as if the Lugar Lab’s activities are not transparent are groundless, because the Center has already hosted experts and journalists, including Russian journalists on multiple occasions. The Russian side has rejected Tbilisi’s invitation.

In November 2018, a peer review transparency visit exercise was carried out at the Richard Lugar Center for Public Health Research. The inspection was conducted by a group of 22 experts and observers from 17 countries. Despite Georgia’s invitation, Russia refused to join the group. Following the visit, international experts prepared a conclusion and submitted it to the meeting of the Parties to the Biological Weapons Convention in the United Nations Office at Geneva.

The Lugar Lab has hosted journalists, including Russian journalists on multiple occasions.

In 2013, a TV Russia film crew visited the Lugar Lab. According to a TV Russia reporter, Alexandr Rogatkin, the administration of the Lugar Lab answered all questions, including those asked by the Chief Sanitary Inspector of Russia. The Kremlin-founded Sputnik-Georgia, along with other Russian media outlets (Russia’s Channel One, RIA Novosti), also visited the Lugar Lab in October 2018. Amiran Gamkrelidze, head of the National Disease Control Center, said that he invited top Russian officials to the Lugar Lab for multiple times, but his invitation was rejected.

Kremlin has been long voicing groundless accusations as if the Lugar Lab is testing biological weapons, using such allegations for political interference in its neighboring countries. Russian officials have made the statements about not allowing biological experiments near the Russian borders in previous years too.

Vladimir Yermakov, Director of the Foreign Ministry Department for Non-Proliferation and Arms Control: “Russia will never allow conducting biological experiments by the Americans near its borders,” Obieqtivi, September 25

The program in frames of which the Lugar Lab was opened in Georgia, aims at reducing biological threats in the former Soviet countries through orienting to research and equipping local labs with modern technologies. Nunn-Lugar Cooperative Threat Reduction program, which was passed by the Congress, aims at assisting former Soviet states in dismantling nuclear and chemical weapons.

See Myth Detector’s earlier publications about the Kremlin propaganda against the Lugar Center:

A Date Inside the Lugar Lab
Recurrent black propaganda against Lugar laboratory
What Particular Sources Does the Kremlin Cite for Spreading Conspiracy Theories about Lugar Lab?