Who Spreads Repeated Disinformation about George Soros Collaboration with Nazis? 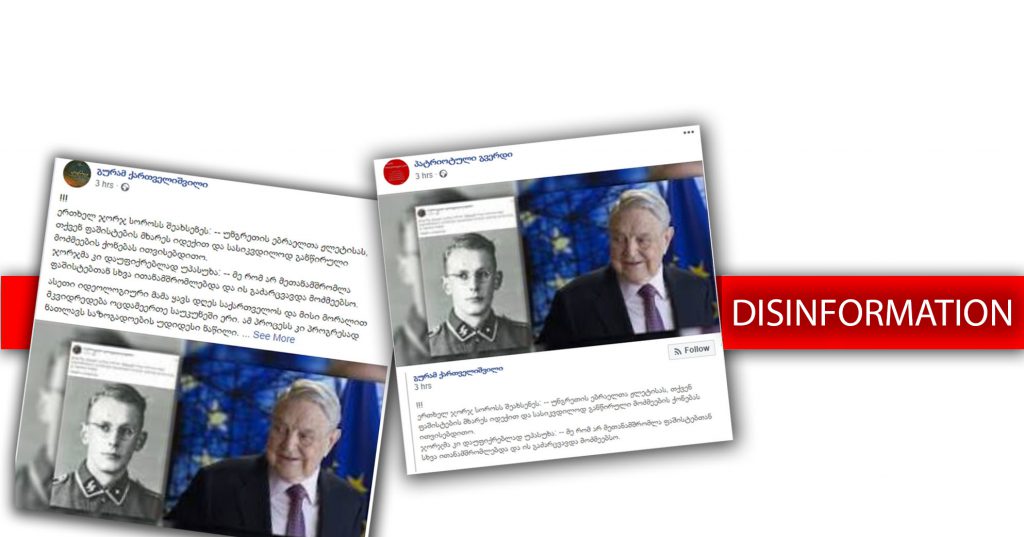 On June 22, Guram Kartvelishvili, playwright with links to ultranationalist movement Georgian March, published a post on his Facebook page, claiming that when the Nazis were persecuting the Jewish people in Hungary, philanthropist George Soros was siding with the Nazis. Kartvelishvili’s post is accompanied by a photo collage depicting George Soros and SS officer Oskar Gröning, used by Myth Detector in its article published in February 2020.

Guram Kartvelishvili: “George answered rashly: ‘Had I not collaborated with the Nazis, others would have done it and robbed our fellow citizens.’ So, this is an ideological father of Georgia and the nation is developing just based on his morality in the 21st century.” 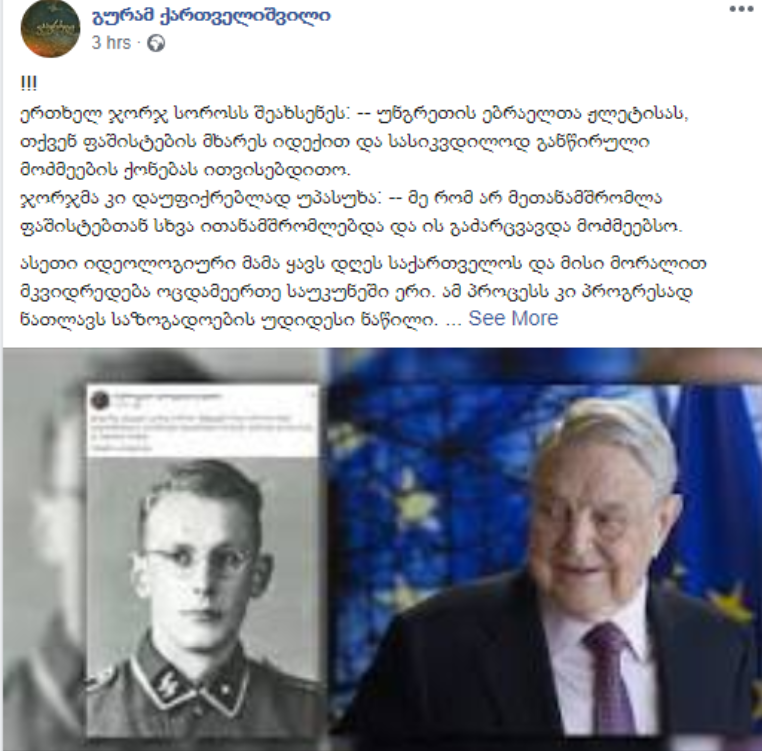 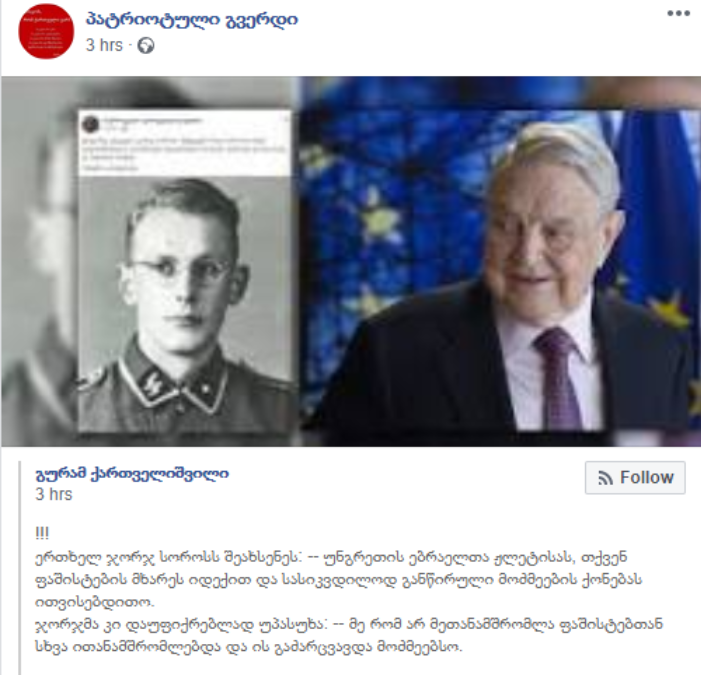 Guram Kartvelishvili’s information about Soros is not true. Myth Detector verified the reports about George Soros allegedly being a Nazi SS officer in February 2020.

In fact, George Soros is not a Nazi; he was a 14-year-old Hungarian Jew, who had to hide during the German occupation of Hungary. Thus, the quotation used in kartvelishvili’s post is fabricated and does not belong to American billionaire financier and philanthropist, George Soros.

The identical disinformation as if George Soros had been a Nazi SS officer was also spread earlier.On February 19, 2020, Myth Detector published an article regarding a photo manipulation spread by Facebook page “საქართველო უპირველეს ყოვლისა” (Georgia First of All). The page claimed that the photo depicted young Soros, but in fact, it showed Oskar Gröning, the so-called Bookkeeper of Auschwitz. Just the photo collage used in Myth Detector’s article is now accompanying Kartvelishvili’s post. 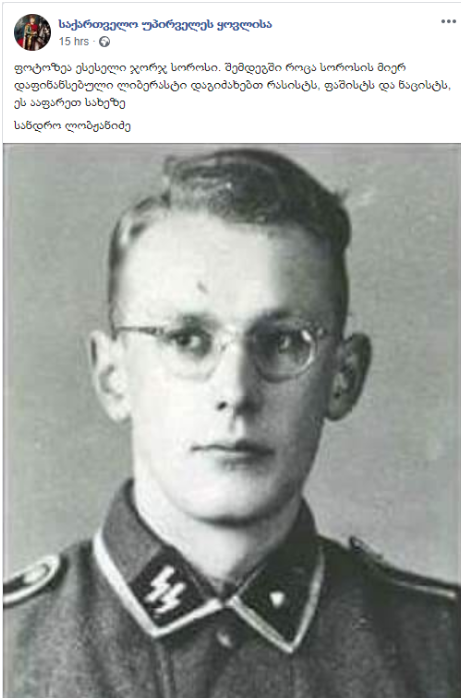 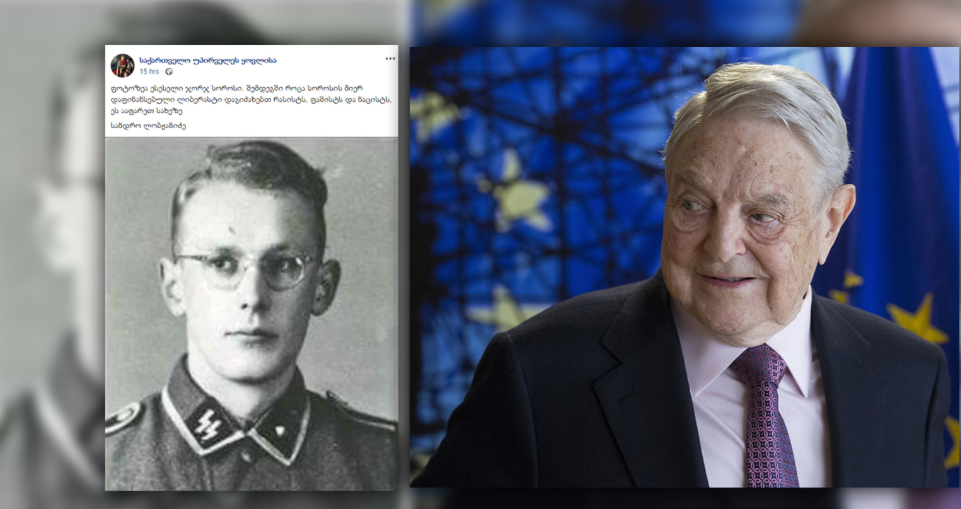 Guram Kartvelishvili, who spread disinformation about George Soros, periodically publishes antiliberal and anti-Western news stories. In its earlier publications, Myth Detector has verified his fake news about the Code on the Rights of the Child and Allen Dulles conspiracy theory.