Where Was the Photo Linked by Prime Time to Tehran Plane Crash Actually Taken? 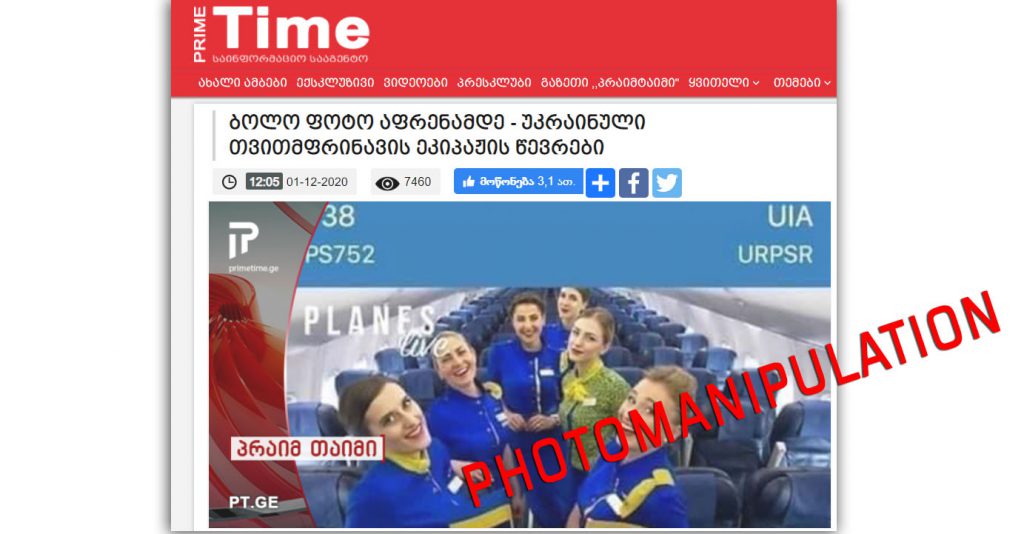 Update: After the Myth Detector released its material, Prime Time editorial board corrected the initial information and explained that it spread the photo indicating an incorrect date and location based on one of the foreign websites, which cannot be searched for now.

On January 12, an online edition, Prime Time, released a material headlined “Last Photo before Taking off – Ukraine Airlines Cabin Crew.” The article is accompanied by a photo taken on board and it notes that Ukraine International Airlines crew members, who died in Iran plane crash, took the photo shortly before the takeoff on January 8. 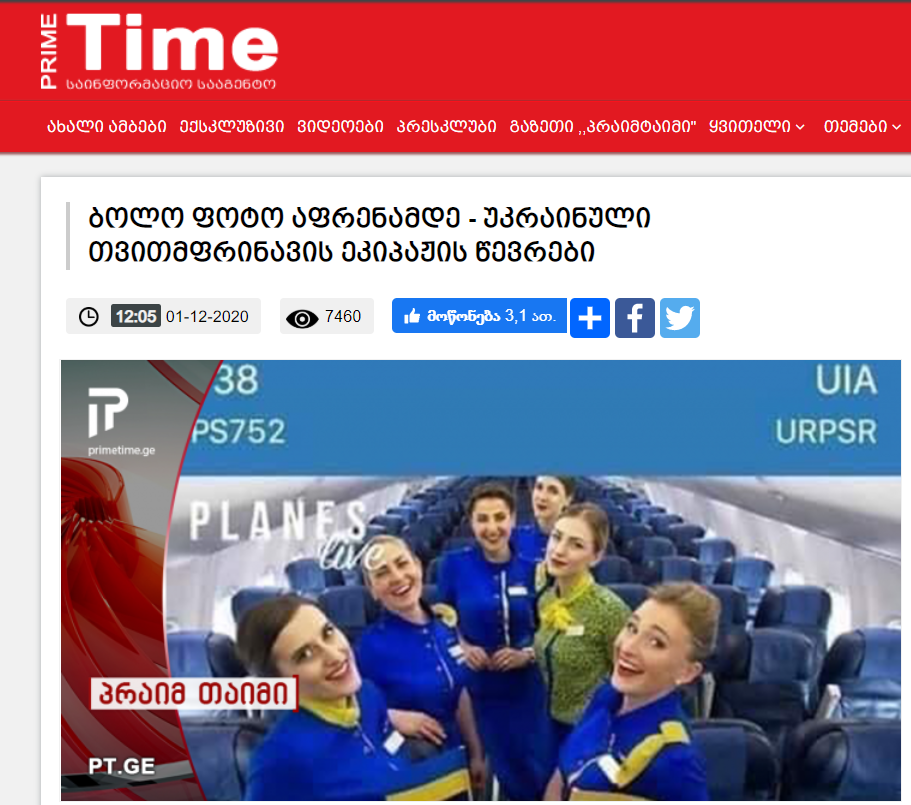 The photo posted by Prime Time, which went viral on the Internet, was not taken by the Ukraine Airlines cabin crew before the Tehran crash on January 8, 2020, but actually it was taken in Vilnius in 2017.

The photo spread by Prime Time really belongs to the crew of Ukraine International Airlines, but it was taken not shortly before the Tehran crash on January 8, but at the Vilnius Airport on June 11, 2017.

The image can be easily verified through Google Image Search. According to one of our search results, the image with detailed information has been uploaded on airteamimages.com. This website created in 2003 is a high quality aviation and aircraft image library showcasing thousands of aircraft photos and aviation pictures. 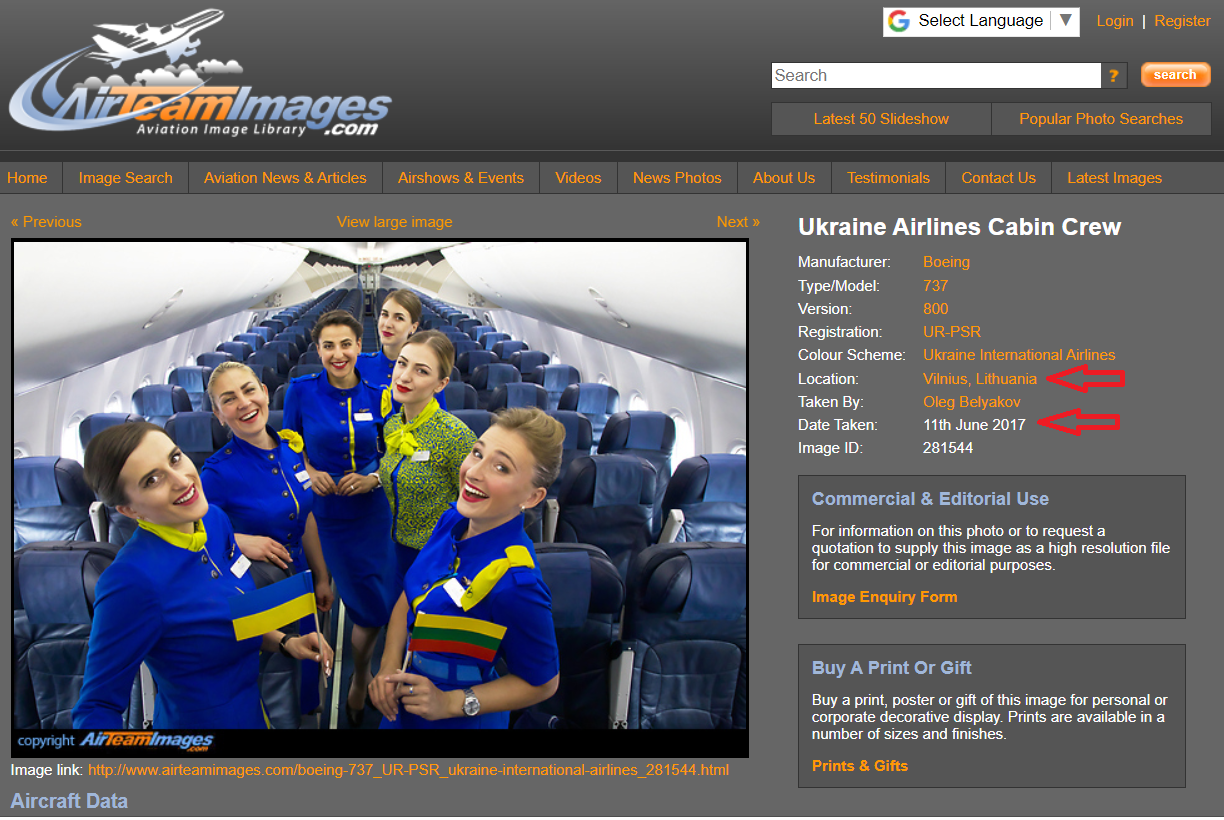 The photo of the Ukraine International Airlines crew belongs to Air Team Images. According to the information posted on its website, the photo was taken on board of Boeing 737-800 by Oleg Belyakov in Vilnius on June 11, 2017.

On January 8, 2020, a Kiev-bound Ukraine International Airlines passenger plane crashed after takeoff from Tehran, killing all 176 people on boar 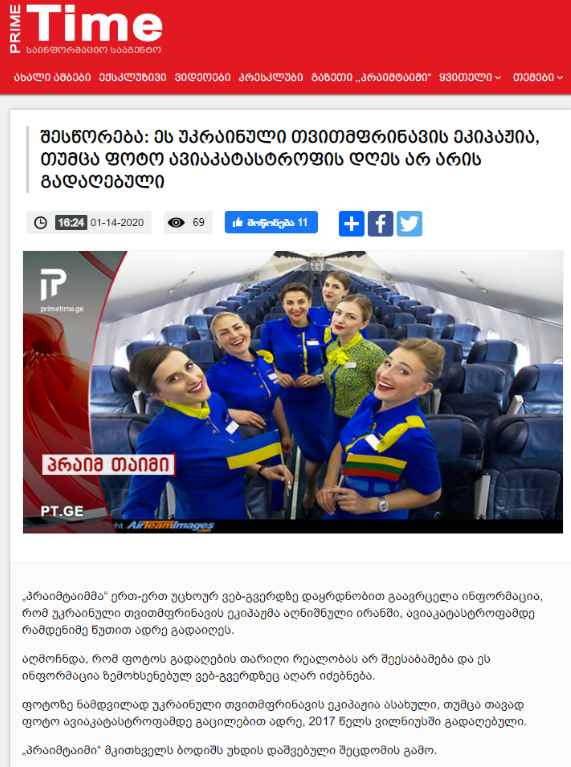