Where was Bill Gates Arrested – in South Carolina or on a Satirical Web Page? 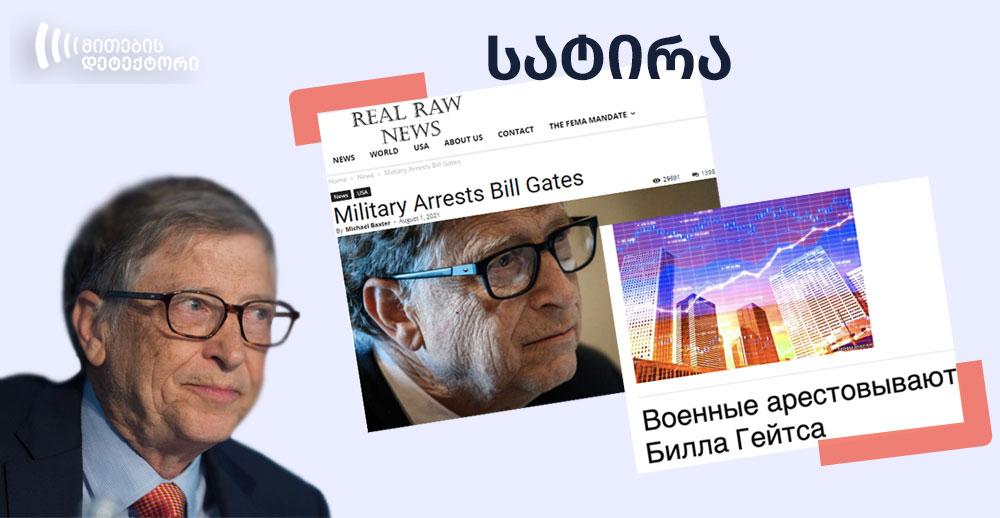 On August 3rd, the Facebook user Goria Shiva published a post claiming that American militaries have arrested Bill Gates for child trafficking, vaccine-retail and many other “malevolent” crimes. Goria Shiva has shared identical posts into five other Facebook pages (1,2,3,4,5). Identical information was shared by the user Karen Jitsuryoku from a Russian website tengri.ucoz.ru into the Facebook group “Corona Mafia.” 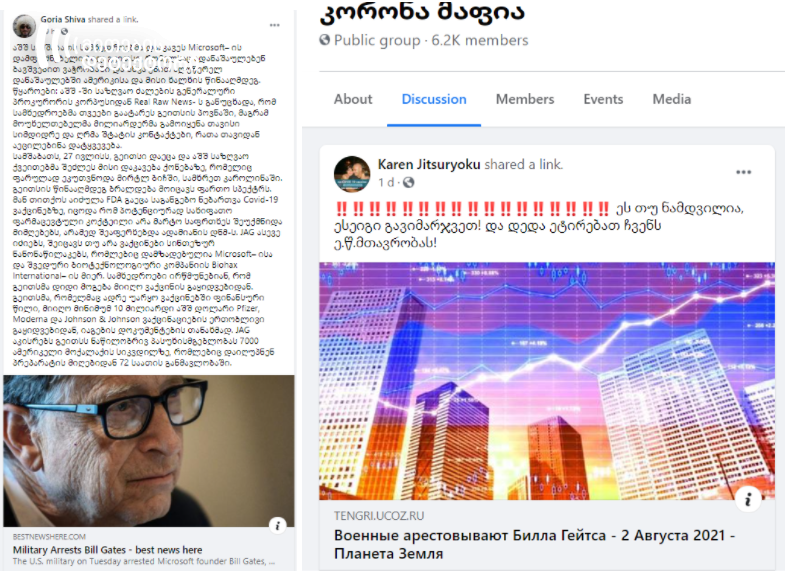 The disseminated claim that American militaries have arrested Bill Gates is false. The claim originates from a satirical-humorous website. The information spread on social media does not indicate that its primary source is satirical.

The information regarding the arrest of Bill Gates was shared by an online outlet Real Raw News on August 1st. According to the article, after a several month-long search, Gates was finally arrested in South Carolina. 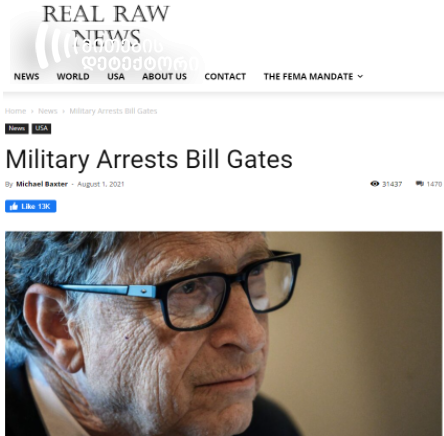 In reality, the “about us” section of the online outlet stresses that the website was created for entertainment and educational purposes. The same section underscores the fact that the website includes humour, parody and satire. The website is managed by Michael Baxter, who authors all of the published content. 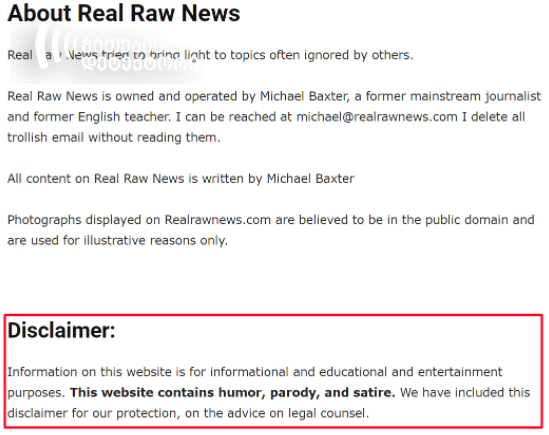 The satiric information published by Real Raw News was disseminated in several American anti-vaxx groups as fact. The information was checked by the analysts of Lead Stories and Reuters. Before and after July 27th, Gates was actively sharing content on his Instagram and Twitter accounts, including videos featuring himself.

Stories regarding the court trials against Gates, arrests and fines have been fact-checked by “Myth Detector” even before:

The portrayal of satirical fabricated Stories as Real Information is one of the propaganda methods. In this case, fabricated information is delivered to the public as a fact without emphasising the actual content. Similar satirical information has been fact-checked by the “Myth Detector” in the past as well: