What wording did Zurabishvili use for thanking Ivanishvili? 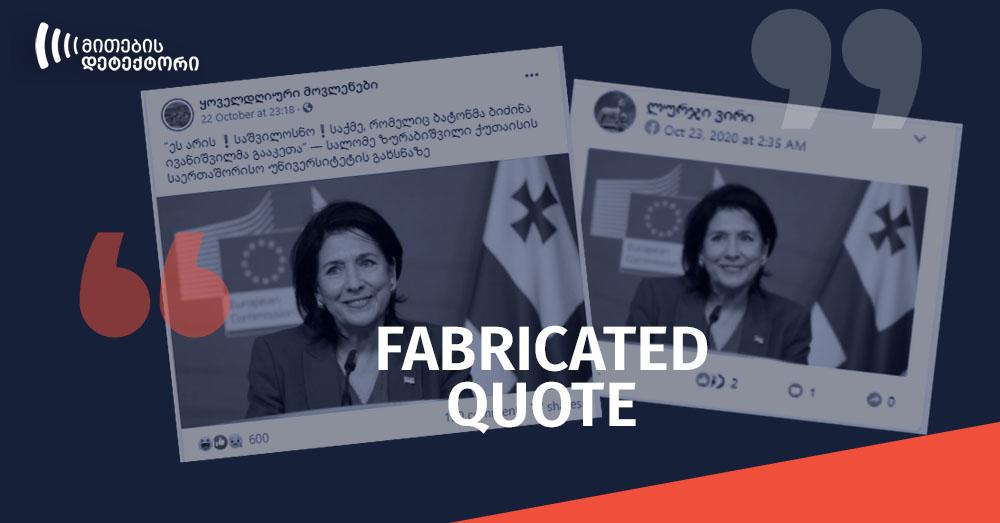 On October 22, 2020, page “ყოველდღიური მოვლენები” [Daily Events] published a quotation of Georgian President Salome Zurabishvili: “This is a uterus deed that was done by Mr. Bidzina Ivanishvili”. According to the post, the Georgian President used this wording at the opening ceremony of Kutaisi International University. Salome Zurabishvili’s photo was attached to the post, albeit video of the president’s speech or other sources, which would verify the authenticity of the quotation, weren’t indicated. 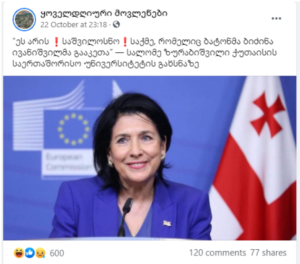 On October 25, 2020, regarding the mentioned quotation of Salome Zurabishvili, the page published the second post, in which her photo was attached to a screenshot of a mocking comment made on 22 October’s post and reads as follows: “Thank god she didn’t refer to father of the nation as ovary”. 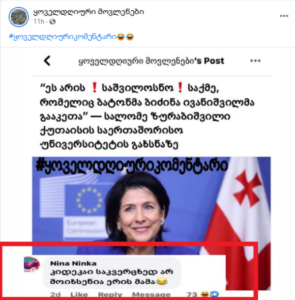 On October 21, Salome Zurabishvili gave a speech at the opening ceremony of Kutaisi International University. President’s speech was covered by various media outlets. At the end of her speech, the President expressed her gratitude towards Ivanishvili’s family. In the video of the speech, it’s clear that the president says “genorations” and not “uterus”.

Salome Zurabishvili: “I’d like to thank Ivanishvili’s family for charity work, “Kartu” foundation and all the people who contributed to this deed for genorations to come.”

“Daily Events” post of 22 October was simultaneously shared at 02:35 am, October 23 by the five opposition pages, the majority of which are pro-National Movement. Those are: “ქვეყნის არაფორმალური მმართველი” (Unofficial Head of the Country), Annual events ყოველწლიური მოვლენები (Annual Events Annual Events), What the fuck is that, and თავისუფალი აზრი (Free Opinion). 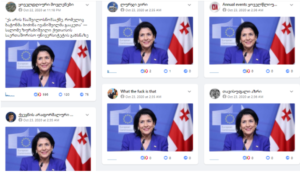 Page “Daily Events” was created on July 18, 2018, a few months before the 2018 presidential elections. The page has over 51 000 followers and is currently managed by 9 administrators. The page is actively involved in the 2020 election campaign and mostly shares posts supporting the “United National Movement”, as well as videos of opposition politicians’ public speeches, campaign ads, and live transmission of pro-opposition TV networks. 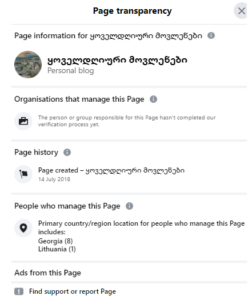