What is VAERS and What do We Know about COVID-19 Vaccination in the U.S? 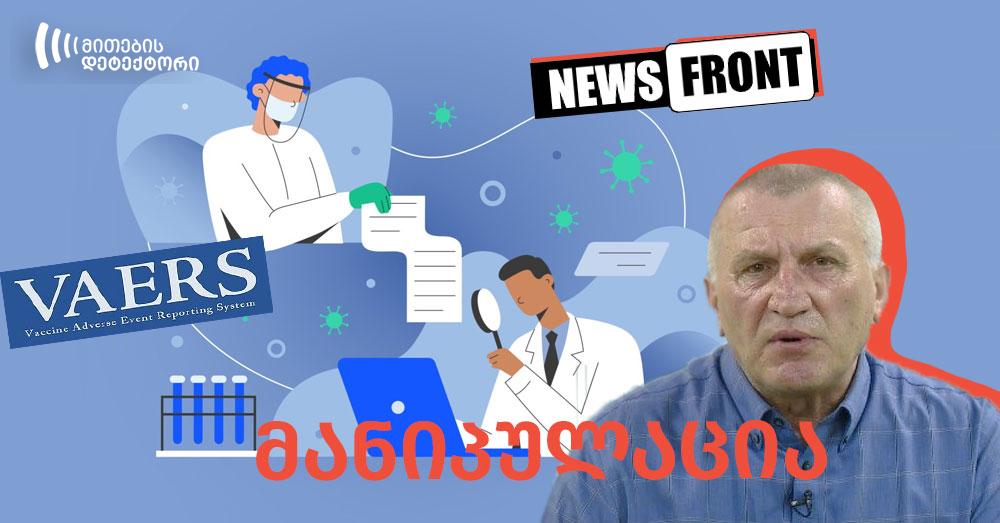 On March 13, former Georgian lawmaker, Demur Giorkhelidze published a post on his Facebook page, saying that the fatality rate related to Pfizer and Moderna vaccines is 58% and 41%, respectively. Citing the February 12 data of Vaccine Adverse Event Reporting System (VAERS), Giorkhelidze claimed that 929 out of 15,923 side effects from vaccination resulted in patient’s death. On March 13, Giorkhelidze’s post was shared by Georgian-language website of pro-Kremlin News Front media outlet. 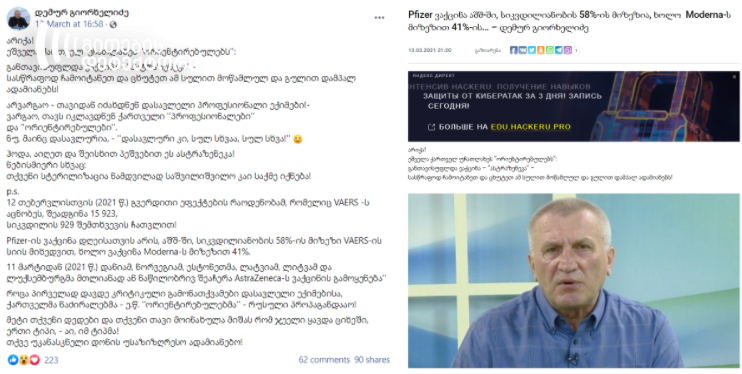 The information about increased deaths caused by vaccination in the United States is manipulative, because anyone can submit a report to VAERS, including healthcare providers, patients or family members, about adverse events and deaths. The information is then studied by health administration. According to the Centers for Disease Control and Prevention (CDC), reports of death after COVID-19 vaccination are not confirmed.

Over 92 million doses of COVID-19 vaccines were administered in the United States from December 14, 2020 to March 8, 2021. During this time, VAERS received 1,637 reports of deaths (0.0018%) among people who received a COVID-19 vaccine. CDC and FDA physicians reviewed each case report of death as soon as notified and CDC requested medical records to further assess reports. A review of available clinical information revealed no evidence that vaccination contributed to patient deaths. According to the report published by CDC on March 9, 1,637 reports submitted to VAERS were reviewed on the basis of clinical information, death certificates, autopsy and medical records available at CDC and FDA. The review revealed no evidence that vaccination contributed to deaths. American and British fact-checkers have also verified the information at different times.

Established in 1990, the Vaccine Adverse Event Reporting System (VAERS) is a national early warning system to detect possible safety problems in U.S.-licensed vaccines. VAERS is co-managed by the Centers for Disease Control and Prevention (CDC) and the U.S. Food and Drug Administration (FDA). VAERS accepts and analyzes reports of adverse events (possible side effects) after a person has received a vaccination regardless of whether a vaccine caused a health problem.

According to its website, VAERS is a passive reporting system, meaning it relies on vaccinated patients and other individuals to send in reports of their experiences. The website also notes that “VAERS reports alone cannot be used to determine if a vaccine caused or contributed to an adverse event or illness.”

VAERS data cannot be used to determine deaths after COVID-19 vaccination, because the system does not confirm independently whether any vaccine contributed to a patient’s death. It is largely determined by the following factors:

The next stage involves the review of clinical information, death certificates, autopsy and medical records available at CDC and FDA.

Myth Detector wrote on the same topic in January as well:
Link between Deaths and Vaccination in Norway and the United States Not Confirmed

COVID-19 vaccines have been tested for safety

Thousands of COVID-19 vaccine doses are administered daily throughout the world. Some people may have side effects, such as a sore arm and fatigue. But serious side effects are rare.

The latest monitoring data published from UK’s independent medicines regulator confirmed that the vast majority of reported side effects are mild and all are in line with most types of vaccine, including the seasonal flu vaccine. 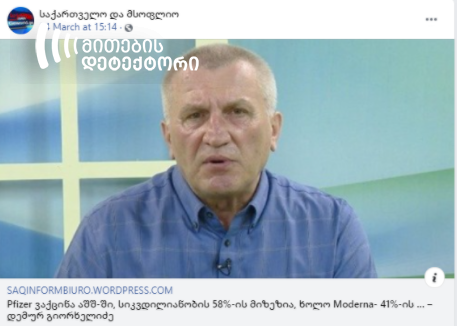