What does Tbilisi Offer Abkhaz, South Ossetian People and what does “South Ossetian” KGB Offer its Own Residents? 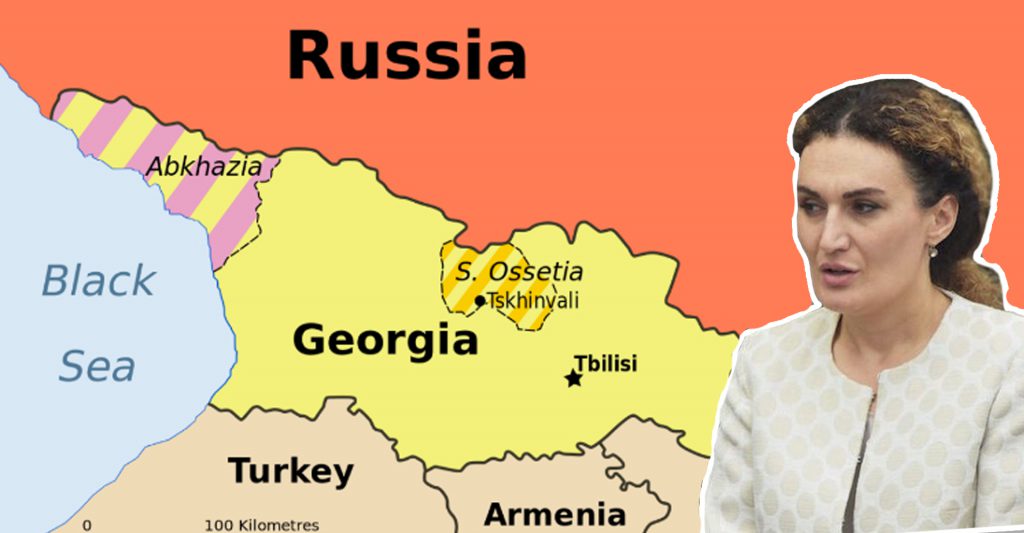 On April 28, Sputnik-Ossetia published an article headlined “KGB announced about a threat of deliberately infecting South Ossetian citizens with COVID-19 from Georgia” (КГБ заявил об угрозе преднамеренного заражения граждан Южной Осетии COVID-19 из Грузии). According to the article, the so called South Ossetian security service warns local population not to accept the Georgian side’s proposal on undergoing any medical examination, because the operation of Lugar Lab in Georgia allegedly poses a threat of deliberately infecting South Ossetian population with the coronavirus.

Tskhinvali KGB: “According to the information at KGB’s disposal, American and Georgian scientists, who are working on creation and modification of various pathogens, including for military purposes, are now trying to collect biological samples for COVID-19 from the citizens of South Ossetia.”

Information as if Georgian and American specialists from the Lugar Lab will allegedly try to infect residents of Tskhinvali region with coronavirus is anecdotal evidence based on the assumptions of the Kremlin-run media outlets. The Georgian government has long been offering medical services and equipment to residents of Georgia’s occupied regions, through mediation of international partners. Residents of occupied Abkhazia’s Gali district are already enjoying the services provided by the program on fighting COVID-19.

Within the framework of Confidence Building Early Response Mechanism (COBERM) – the programme funded by the European Union (EU) and implemented by the United Nations Development Programme (UNDP) – the Georgian government has been offering medical services to residents of Georgia’s occupied regions since 2010. Mostly, residents of Abkhazia’s Gali district enjoy medical services offered by Tbilisi. State Minister for Reconciliation and Civic Equality, Ketevan Tsikhelashvili slammed Tskhinvali KGB’s statement as absurd, saying that assistance is being rendered to the occupied regions mainly through international organizations and it involves informing, providing assistance and medical examination on the ground, as well as diagnosing or quarantining individuals on the Tbilisi-controlled territory.

Ketevan Tsikhelashvili: “The only thing that we want is to inform the population – not only many of them already know about it, but they have even benefited from it – that we are providing free and high quality medical services to our population living beyond barbed wires. We spare no efforts to prevent and cope with COVID-19. We have stated for multiple times that we are taking effective steps to assist the population living in the occupied regions, using all available channels and possibilities. As for Abkhazia, we are trying to use various channels, including through international organizations, to prevent the spread of COVID-19 and are taking certain steps in terms of informing, providing assistance and medical examination on the ground, as well as diagnosing or quarantining individuals on the Tbilisi-controlled territory. As of today, about 150 residents from the occupied regions have been quarantined and you know that a Gali resident, who tested positive for COVID-19 after traveling to the Russian Federation and was later transferred to Zugdidi Hospital from occupied Abkhazia, has already recovered. Moreover, tens of residents of Abkhazia and Tskhinvali region are receiving first medical aid just on the Tbilisi-controlled territory.”

Tsikhelashvili noted that the situation is more difficult in Tskhinvali region than in Abkhazia, because Tskhinvali neglects offered assistance and not a single international organization, except for the International Committee of the Red Cross, has access to the region.

Since the outbreak of the coronavirus pandemic, Georgia has provided medical aid to residents of occupied Abkhazia for several times:

Occupied Abkhazia’s local media outlet ApsnyPress has reported that UNDP delivered medical aid worth EUR 40,000 to Abkhazia, with the financial support of the European Union. The equipment includes 4,300 respiratory masks, 1,000 protective suits, 110 protective shields, 11,000 pairs of nitrile gloves, 1,300 liters of antiseptic liquids for medical use, as well as 188 liters of liquid soap. According to the same report, this is the third batch of medical aid. 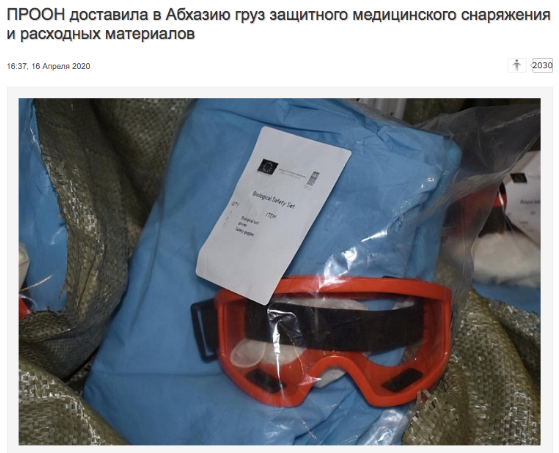 Confidence Building Early Response Mechanism (COBERM) is an apolitical, impartial and flexible programme funded by the European Union (EU) and implemented by the United Nations Development Programme (UNDP). Since 2010, the programme provides grants to the local Civil Society Organizations (CSOs) to support a wide range of initiatives, including those that help improve the lives of people and living conditions of local communities affected by conflict.  One of the directions of the program is to support initiatives aimed at rendering medical and humanitarian aid.

Pro-Kremlin media outlets have long been promoting conspiracy theories about the Lugar Lab as if dangerous experiments are being carried out there. In fact, the Lugar Lab is an important center, which due to its unique infrastructure and research opportunities makes COVID-19 diagnosis and prevention possible.

In her comments to the Myth Detector, Maia Alkhazishvili, manager of Lugar center, listed six reasons that make the laboratory a unique institution in the region and facilitates the fight against the novel coronavirus:

Doctor of Medicine Maia Butsashvili, specializing in infectious diseases, focused on the following advantages of the Lugar Lab: