What did the Mayor of Tbilisi Say About the Gldani District? 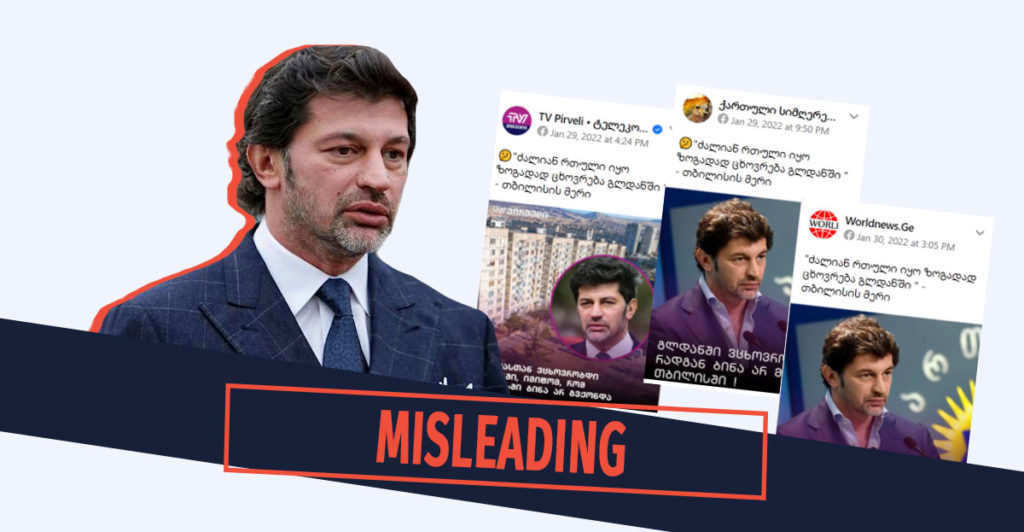 Over the course of the last few days, the words of Tbilisi Mayor Kakha Kaladze, in which he allegedly does not consider the Gldani District as part of Tbilisi, have been actively discussed on social media. The following words of Kaladze have been used as evidence: “I lived in Gldani because I did not have an apartment in Tbilisi.” 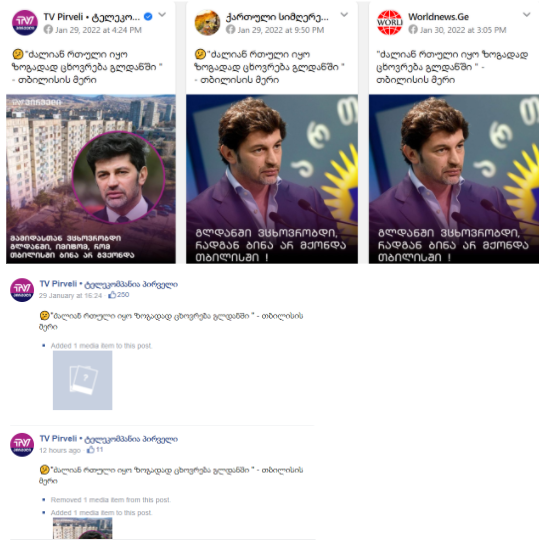 The quote of Kakha Kaladze is disseminated without context. In fact, Kaladze says he lived with his aunt in Gldani because his family did not own an apartment in Tbilisi.

The quote of Kakha Kaladze is taken from the September 2021 story of Imedi TV. 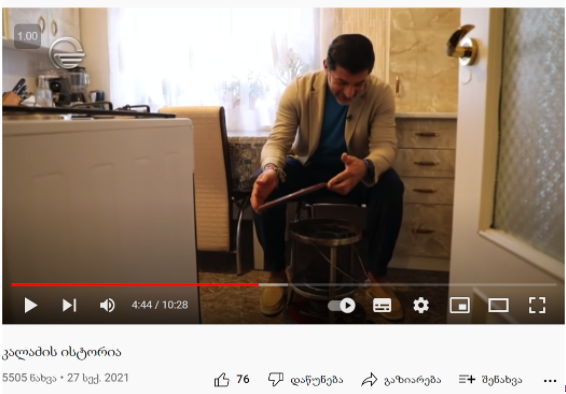 The story named “Kaladze’s story” told the viewers about the past of the Tbilisi mayor. In one section, the journalist says that Kaladze was asked to show them the place in the capital, with which he had a special emotional connection. Kaladze took them to his aunt’s apartment in Gldani. The mayor of Tbilisi speaks about living in Gldani in this very section. According to Kaladze, he and his family did not own an apartment in Tbilisi, so he had to live with his aunt, whose house was located in Gldani.

Kakha Kaladze, the Mayor of Tbilisi: “I had to live with my aunt, who was everything to me: both mother and father. I lived in Gldani because we did not own an apartment in Tbilisi. It was very difficult to live in general; it was like that in Gldani anyway. I used to use Keransika, which we used for heating, to dry my training outfit as well.”

After being disseminated without context, Kaladze’s quote was also fact-checked by the Center for Journalism Resources. According to the organization, Kaladze spoke about living in Gldani after moving from Samtredia to Tbilisi in other speeches as well.

Kaladze’s quote regarding the Gldani district was first published on January 28th by Nika Gvaramia, the director of “Mtavari Arkhi.” Gvaramia tagged Nika Melia and Elene Khoshtaria to the post, both of whom were running for Gldani majoritarian MP candidacy in the past. Gvaramia addressed them with humour, saying that they had been living in a lie, thinking that they were running for majoritarian MP candidacy in Tbilisi. Gvaramia’s post is no longer available, although information about his post is available online at Geonewest.com and Pirvelinews.com.