Was the victory over Nazism celebrated on May 8 in the Soviet Union? 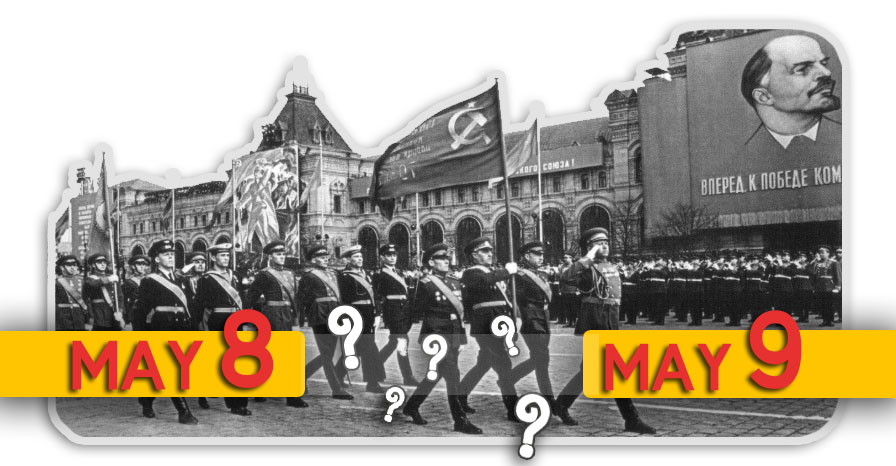 General-Lieutenant Guram Nikolaishvili, in his interview with Georgia and the World on June 9, 2020, while talking about celebrating the Day of Victory Over Nazism, mentioned that the ongoing discussions on whether the Victory Day should be celebrated on May 8 or May 9 aimed to “falsify history” and that in fact, the Soviet Union celebrated the victory over Fascism on both days.

General-Lieutenant Guram Nikolaishvili: “I would like to briefly touch upon the Great Patriotic War and a healthy attitude towards it. There are ongoing discussions as to when the victory over Fascism should be celebrated – on May 8 or May 9, or whether it should be celebrated at all. However, we know that this was celebrated on two days in the Soviet Union.”

Was the victory over Fascism being celebrated twice in the USSR?

May 9 – the main holiday of the Soviet Union

The World War II ended with an unconditional capitulation of Germany. However, the Capitulation Act was signed twice – first on May 7, 1945 in Reims and then on May 8, 1945, in Berlin. As the Act was signed by relatively lower-ranking officials on May 7, the Capitulation Act was once again, on Stalin’s request, signed on May 8 in Berlin – the center and the symbol of power of the Nazi Germany. The document came into power on May 8, 23:01 local time, when it was already May 9 in Moscow.

May 9 was established as the main national event in the Soviet Republics in 1946-1950, however, it was proclaimed as a holiday only in 1963 in the Ukrainian Soviet Socialist Republic, and in 1965 – in the rest of the Republics. It should also be noted that during Stalin’s and Khrushchev’s rule, the status of May 9 was not clearly and universally defined in all the 15 Republics. In the Eastern European republics, controlled by the USSR, May 9 was celebrated as the Day of Liberation from Nazism or the Day of Soviet Union’s Victory in the World War II. The tradition to celebrate May 9 with widescale military parades was also introduced relatively late. In the history of the Soviet Union, May 9 was celebrated with a widescale military parade four times, and only one of those parades took place during Stalin’s rule – the one in 1945. The first widescale military parade devoted to the Red Army and marking the victory over Nazism and the end of the World War II took place on June 24, 1945 – four years after Germany attacked the Soviet Union. In 1940s and 1950s, during Stalin’s and Khrushchev’s rule, the main parade of the military forces was taking place on May 1 – the International Workers’ Day. 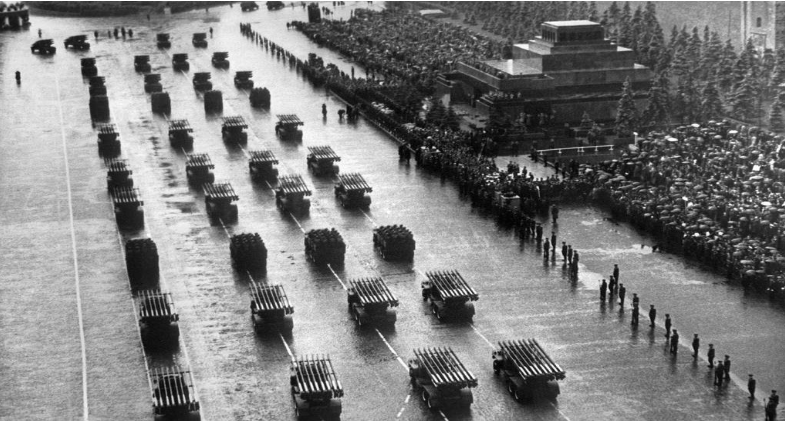 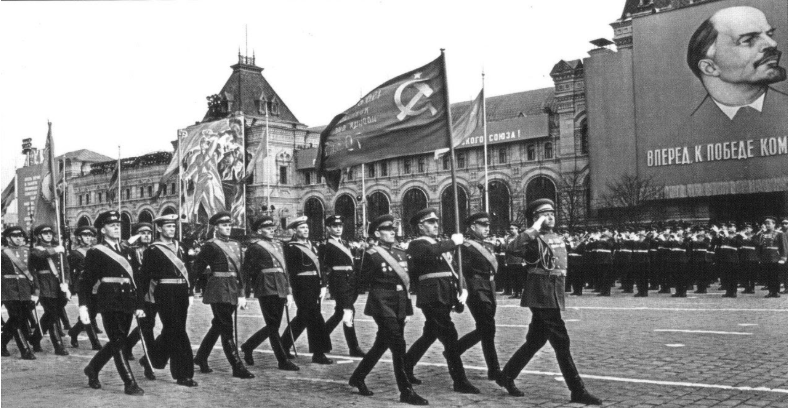 In 1963, Petro Shelest, the First Secretary of the Communist Party of the Ukrainian Soviet Socialist Republic, addressed Leonid Brezhnev, the new leader of the Soviet Union with an initiative to once again proclaim May 9 as the event of nationwide importance and make it a holiday. The central government agreed with the initiative and on May 9, 1965, a grandiose military parade took place at the Red Square. Since then, the May 1 military parade has been replaced with the one that would take place on May 9. Brezhnev’s rule gave rise to the establishment of the Great Patriotic War cult in the Soviet Union – in line with the widescale celebrations of May 9, the number of books about the War increased, too. The War became one of the predominant topics for art and movies.

The Oxford Handbook of Postwar European History: “The cult of the Great Patriotic War thereby effectively re-established the wartime unity between party, state, and society… In this period of growing disillusion with Soviet ideals, the Brezhnev state attempted to stabilize itself by tapping into remembrance of the war which for the wartime generation was a defining, ‘moral’, moment.”