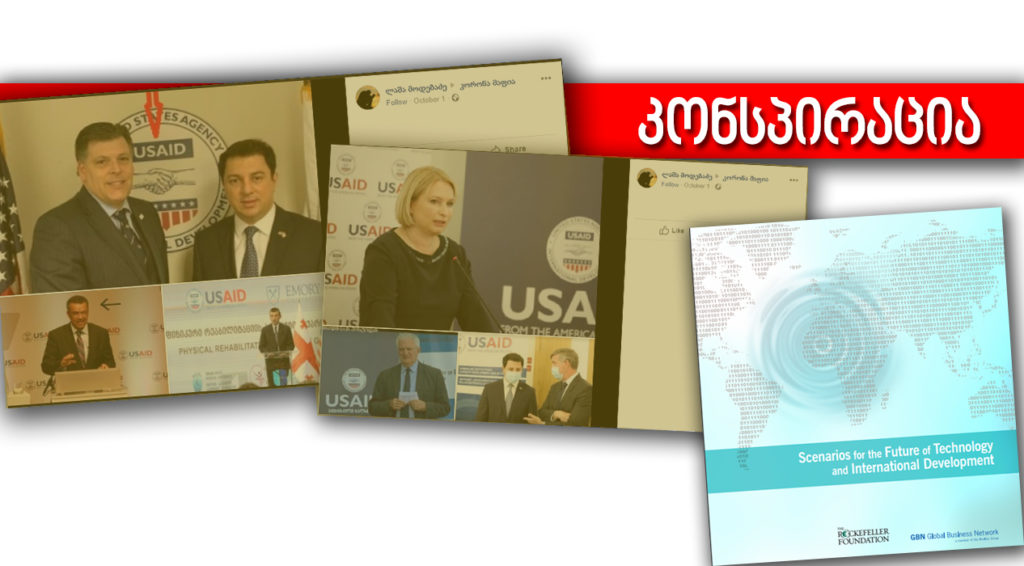 On October 1, 2020, the troll and administrator of the group “Corona Mafia” Lasha Modebadze (plausibly a fake profile) published a long post in the said group claiming that the spread of coronavirus took place based on the much older script and Lugar Lab has contributed to it. To prove a point fake account mentions Rockefeller Foundation’s 2010 document  on world perspectives of technology and international development. As Lasha Modebadze claims, this document confirms the fact that a pandemic was planned a long time ago. Modebadze’s Facebook profile makes a contrived connection between Lugar Lab and U.N Population Fund, which, as the author claimed, together with several partners including Rockefeller Foundation has been funding scientists working on new control mechanisms for fertility since the 1970s. 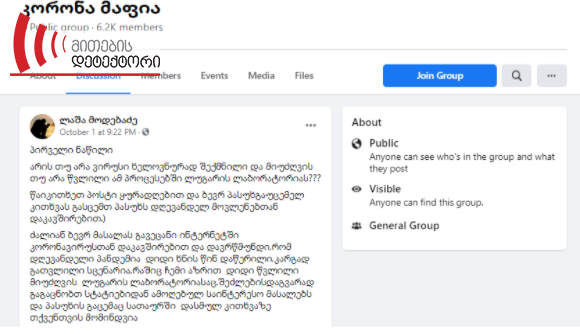 Fake account’s post about the pre-planned script of the coronavirus pandemic formulates a conspiracy theory. Rockefeller Foundation and Global Business Network’s 2010 document on hypothetical futuristic scenarios is about technological development. One of the futuristic scenarios is about a flu outbreak in 2012, albeit scenarios in it are only assumptions and not predictions as indicated in the introduction of the document.

Lasha Modebadze profile’s claim as if U.N Population Fund has a deliberative vote is false because even though U.N Population Fund is Lugar Lab’s partner, it’s not on the permanent list of deliberative vote holders. According to the 2015 document of the National Center for Disease Control and Public Health, the following establishments participate in the supervisory board as a deliberative vote holder: U.S. Defense Threat Reduction Agency (DTRA), U.S Center for Disease Control (CDC), Walter Reed Army Institute of Research (WRAIR) and other international/partner organizations only if necessary.

In 2010 Rockefeller Foundation and Global Business Network published the report on potential scenarios of world development and technology. The document aimed to discuss what influence could hypothetical future have on technological development in the world. 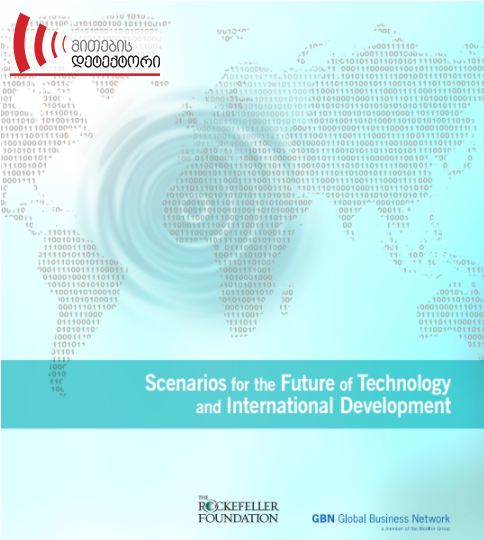 The spread of the virus is one of the 4 scenarios discussed in the document. According to the scenario, the flu emerged from wild goose infected almost 20% of the world population and caused the death of 8 million people in 7 months, which is a much large-scale scenario compared to the current condition. Following the scenario, developed countries were helpless in the face of a pandemic, world economy halted but China became the first country to overcome the pandemic through quarantine. It’s worth mentioning that the date for this supposed scenario was indicated to be 2012 and not 2019.

Moreover, the introduction of the document emphasizes that futuristic scenarios in it are only possible prognosis and not a prediction.

Conspiracy N2: The document is classified and has been removed for the time being

In his post, Lasha Modebadze mentions that the aforesaid document has been removed from the Rockefeller Foundation’s webpage, but he managed to download it. The mentioned information is misleading because even though this document isn’t uploaded on the Rockefeller Foundation’s webpage, the document is public and can be found in open sources including academic.edu, a platform for scientific work where the document is uploaded.

Conspiracy N3: The exact scenario for a pandemic was planned during the “Event 201”

Lasha Modebadze uses “Event 201” organized by The Johns Hopkins Center for Health Security on October 18, 2019, as another argument for the pre-planned pandemic. The hypothetical pandemic scenario was simulated during the event and the exercises illustrated areas where private and public partnership is necessary during the response to a severe pandemic in order to diminish large-scale economic and societal consequences. Modebadze’s post mentions that simulation was conducted in Wuhan, China a month before the first coronavirus case was reported. In reality, the event took place in New York.

Discussing “Event 201” in the context of pandemic prediction is part of the conspiracy. The Johns Hopkins Center for Health Security responded to the disseminated disinformation and stated that they did not predict a coronavirus pandemic during the event and inputs used for modeling the potential impact of that fictional virus are not similar to CoV-2019.

It’s noteworthy that The Johns Hopkins Center for Health Security has organized similar events in the past, for example, they hosted a pandemic exercise called “Clade X”.

One of the administrators of Facebook-group “Corona Mafia”, Lasha Modebadze first published the post in this group on October 1. As of October 6, the mentioned post has 70 shares. He published an identical post as a document in “Corona Mafia”, the document has 21 shares.

As of October 6, the document has 174 shares. Lasha Modebadze published the second and third parts of the mentioned post in the same group. Group is managed by two Facebook accounts: ლაშა მოდებაძე (Lasha Modebadze) and Lasha Modebadze. Both of them are fake accounts. 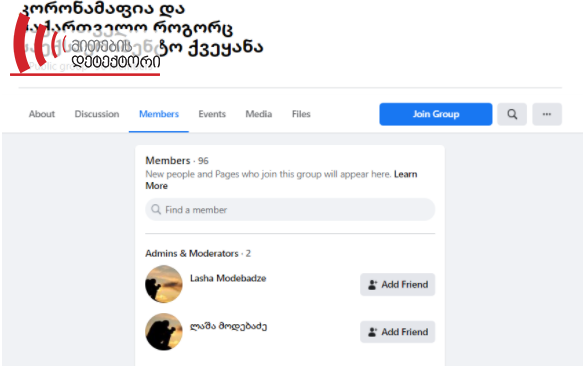 As of October 6, the document has 174 shares. Lasha Modebadze published the second and third parts of the mentioned post in the same group. Group is managed by two Facebook accounts: ლაშა მოდებაძე (Lasha Modebadze) and Lasha Modebadze. Both of them are fake accounts.

Profile photo of both Facebook accounts of Lasha Modebadze is identical, also neither profile has personal information that would identify the owner. He was also an administrator of the group “STOP 5G GEORGIA!!!” that was blocked by Facebook. “Myth Detector” has previously written about the mentioned group.

Mentioned conspiracy has been disseminated outside of Georgia as well. On August 21, the Ukrainian analytical platform “VOX” published an article debunking this particular conspiracy on Rockefeller Foundation’s document.