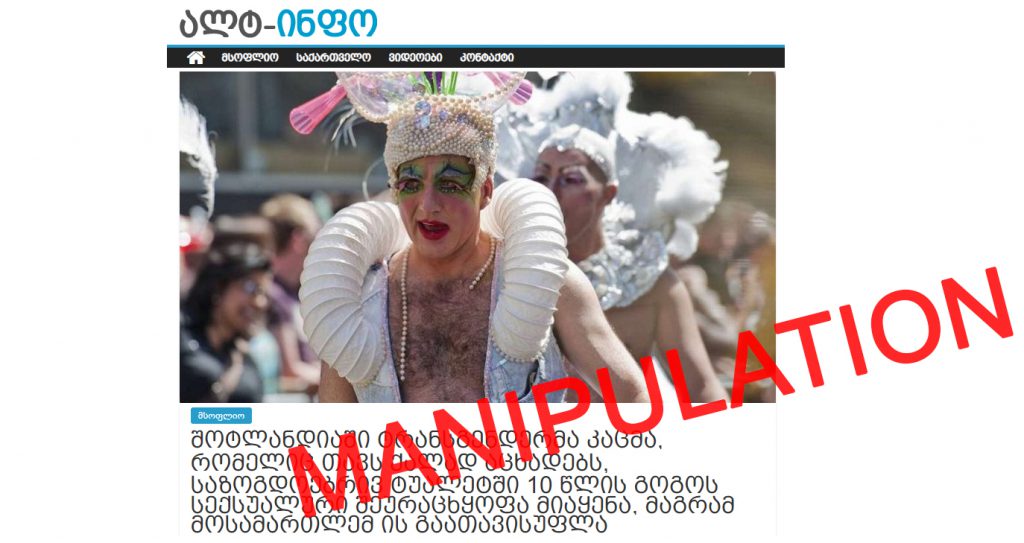 On February 20, 2019, the online edition “Alt-info” published an article titled “In Scotland, a Transgender Man who Claims to be a Woman, Sexually Offended a 10-Year-Old Girl in a Public Restroom, but the Judge Released Him.” The article states that a month ago, the same person took a photo of a 12-year-old girl in a public toilet, but the judge released him then, too. The source cited for this information is the American online portal “Breitbart”.

The article by “Alt-info” is misleading, because it does not say anything about other circumstances of the case. It doesn’t say that a restraining order has been imposed against transgender woman and instead of imprisonment she had to do community services.

Several foreign media outlets, including “The Courier”, have covered the facts provided in the article by Alt-info.

As the court hearings revealed, the 18-year-old transgender woman Katey Dolatowski had been under social protection from the age of 3 due to mental health problems. Dolatovsky pleaded guilty. Although Sheriff James Williamson did not ask for the imprisonment of transgender woman, she was imposed a community-based sentence to approach the children and was obliged to do the community service. In addition, law enforcers will monitor Dolorowski’s behavior by a tagging device.

Thus, Alt-Info showcases the incident in Scotland in a manipulative way, which makes the reader feel as if a transgender woman was released without a sentence.