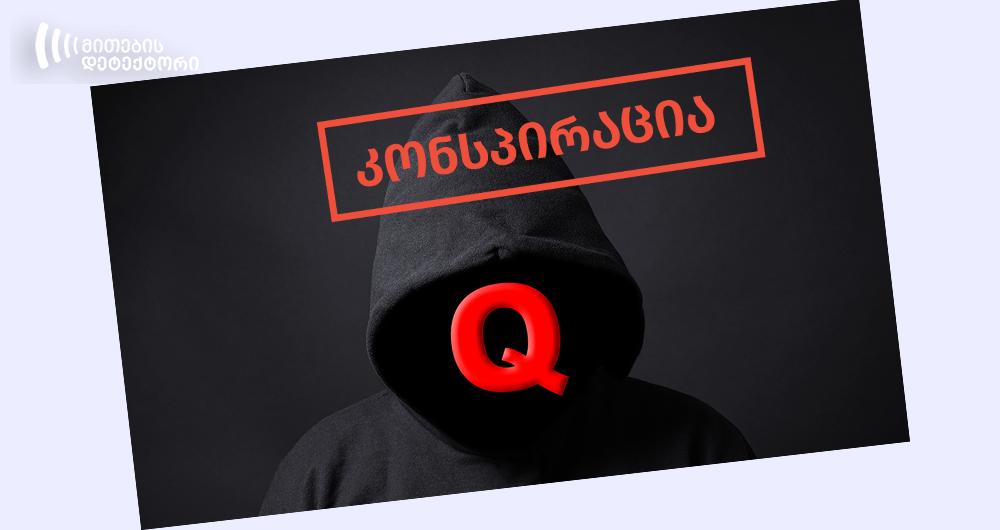 On 14th and 15th of February, Facebook user, Goria Shiva in the group ანტი-მასონობა. „ანტიქრისტეს“ ახალიმსოფლიოწესრიგი (NWO); ანტი-ეკუმენიზმი (Anti-masonry, New World Order of “Antichrist”(NWO); Anti-ecumenism) shared two posts, according to which tens of thousands of kidnapped children were freed from captivity as a result of special operations held in tunnels in USA. A number of children were sexually harassed, tortured, trafficked, while others were victims of cannibalism. According to the shared information, the kidnapped children were being used for different reasons, including acquiring adrenochrome and all of this was happening without anesthesia, pain relief. At the moment, the Facebook account of Goria Shiva is deactivated and the posts are not available in the group. 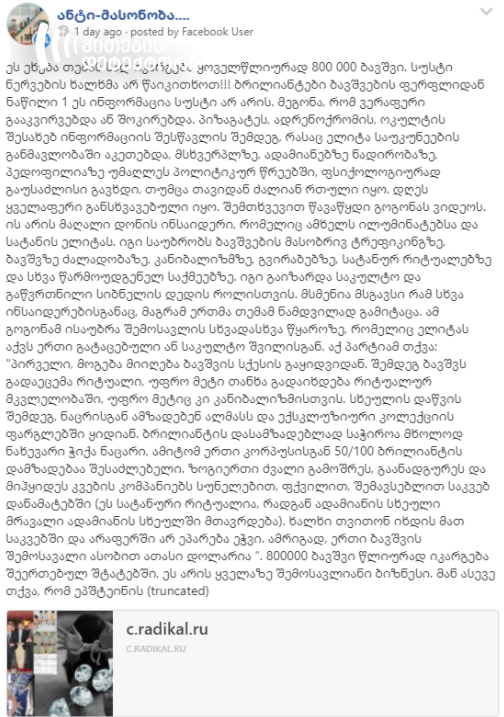 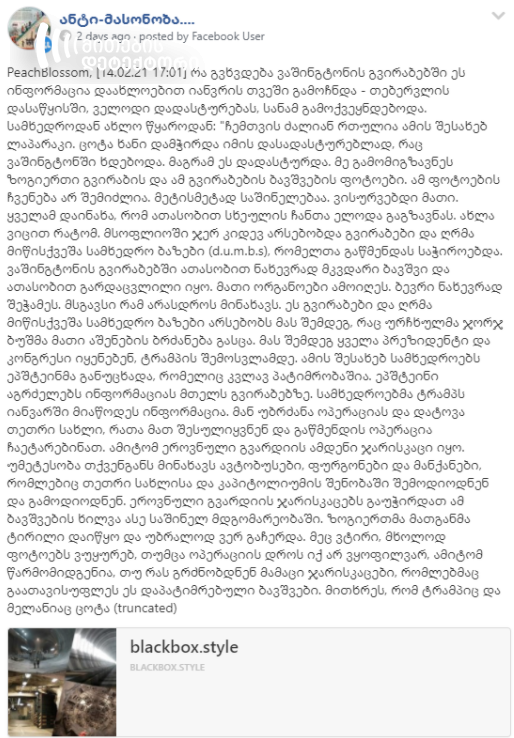 The information, that thousands of kidnapped children were found in America due to a special operation held in an underground tunnel, has no proof and is a conspiracy theory, which is being disseminated from spring 2020 by a far-right union named QAnon.

On April, 2020, according to the journalist Timothy Charles Holmseth, the report BeforeItsNews.com claimed that due to the secret operation led by the “Pentagon Pedophile Task Force”, more than 35000 kidnapped children were rescued from underground tunnels in big cities, half of them was tortured and the other half was already deceased.

The U.S fact-checking portal Lead Stories fact-checked the conspiracy and were told by Pentagon’s duty officer for Public Affairs Operations, Susan Gough that the operation of finding and freeing kidnapped children has not been conducted, while the ‘Pentagon Pedophile Task Force” does not exist.
New York City’s Child and Family Services, New York City’s Administration of Child Services and New York Police Department told Reuters, that there is no evidence to prove these events are real and the disseminated information is not true.

Who is the primary source of the information, Timothy Holmseth?

Holmseth is an investigative journalist from Minnesota, who has spread groundless theories about disappearance of children and trafficking networks for years. Holmseth claimed that he was the member of the “Pentagon Pedophile Task Force”, but according to a spokesperson of the US Department of Defense, no such department exists in Pentagon. Moreover, in August 2018 Holmseth confirmed with VICE News that he shares the values of QAnon. The information about kidnapped children being tortured in the tunnels under the cities worldwide is part of Qanon’s conspiracy theory.

According to QAnon’s conspiracy theory, the world is ruled by Satan’s disciple, cannibal, which leads a child trafficking network on a global scale. The supporters of this movement are ultra-rightists that believe that the former president of USA Donald Trump was conducting secret operations against Satan worshipping pedophiles and their guardians, who, according to them, are accumulated in the US government, business and media. As claimed by QAnon, secret operations are being held in order to help the children in the tunnels.

The conspiracy theory backed by QAnon about kidnapping and torturing children in order to produce adrenochrome, has also been spread in the past. See the detailed information about this topic in old publications of “Myth Detector”:

The movement Qanon emerged in October 2017, when one of the users with the initial “Q” on the platform 4chan shared a few posts. They claimed that they had a US security approval known as “Q clearance”. The slogan of the followers of the movement is “Where We Go One, We Go All”. They use the hashtag # WWG1WGA on social media. 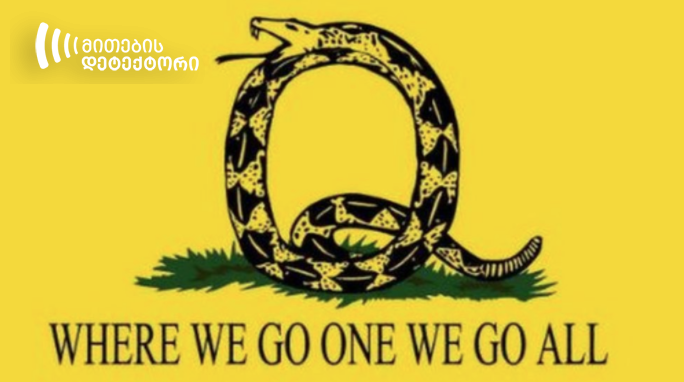