“Samizdat” – A Dissident Publication Practice from the Soviet Union 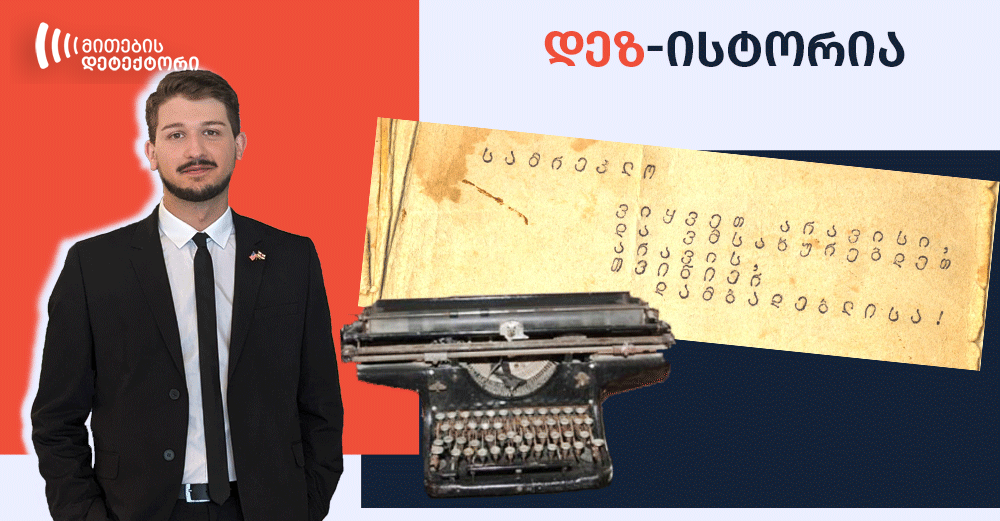 Among the strict censorship dwelling within the Soviet Union, the anti-Socialist part of the population was still managing to receive and share alternative information. Apart from people reading prohibited literature and/or listening to the Western radio, the USSR also sheltered multiple underground printing houses, where documents opposing the violent USSR propaganda were actively printed and distributed.

Similar publishing houses were called “Samizdat” (self-publishing in Russian). The practice became predominantly popular after the death of Joseph Stalin. At first, the illegal movement aimed to popularize the prohibited authors in the Soviet Union; nonetheless, in later years, the movement has expanded its operational outreach and started publishing materials in various other directions. 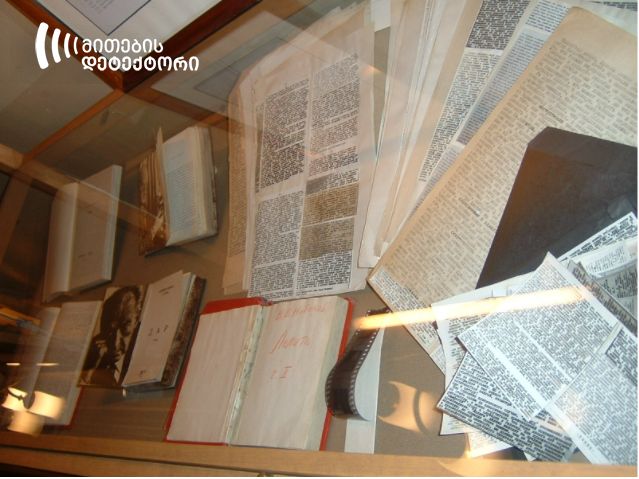 The themes characteristic to the Samizdat newspapers can be classified as follows:

Every single person involved with “Samizdat” was strictly oppressed by the KGB, and if found out, they suffered harsh punishment. The repressions reached their peak in the 70s when the USSR persecuted two of the most influential dissidents: Pyotr Yakir and Victor Krasin. This event created an apparent precedent and planted the seed of fear into the majority of anti-Soviet people involved in the Samizdat practice. 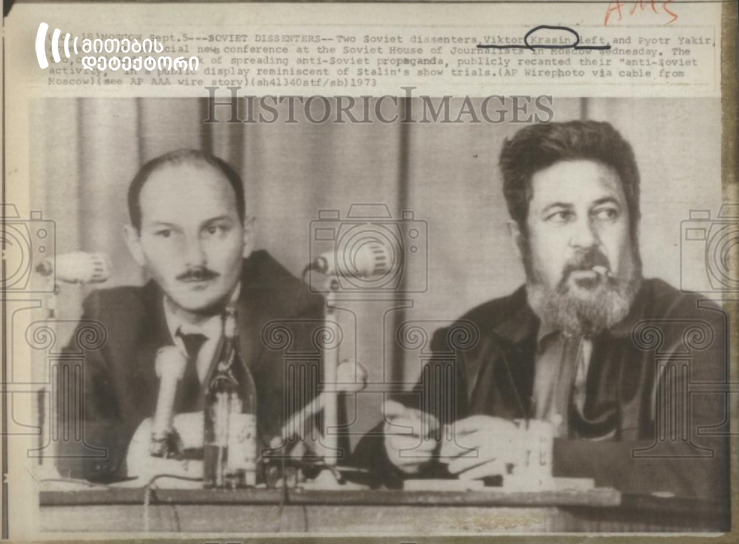 Despite the repressions, Gorbachev’s “openness” (glasnost) politics gave more freedom to “Samizdat.” Although the state still retained the monopoly over the press, the illegal printing houses operated more freely and had less fear towards arrest and punishment. By the collapse of the Soviet Union, the illegal publication has lost its primary purpose, as the free press started to emerge in the newly-created states.

As mentioned, the original aim of the practice was the popularization of the prohibited literature. In the earlier phases of the practice, the dissidents actively shared classical yet unpublished literature works banned by the USSR and the foreign prose and poetry of the 20th century. As the Soviet dissident writer Andrei Sinyavski remembers, writers often used self-censorship to publish their work. Self-censorship allowed them to feel more liberated and write on the topics they were genuinely passionate about. This all resulted in the significant development of Soviet literature..

The work of “Samizdat” was not easily compatible with the large-size works since most people did not have access to the necessary technology. For this reason, the writers would use their private printing machines and be individually sharing their works hand-to-hand. Russian poet Anna Akhmatova refers to this period as the pre-Gutenberg era since printing technology was yet to be developed.

Among the books shared by the samizdat practice, one can point out the following ones: “The Gulag Archipelago” by Aleksandr Solzhenitsyn, “The Master and Margarita” by Mikhail Bulgakov, etc. Interestingly, “Heart of a Dog” by Bulgakov was first printed and circulated in Georgia by the initiative of Zviad Gamsakhurdia in the samizdat format. 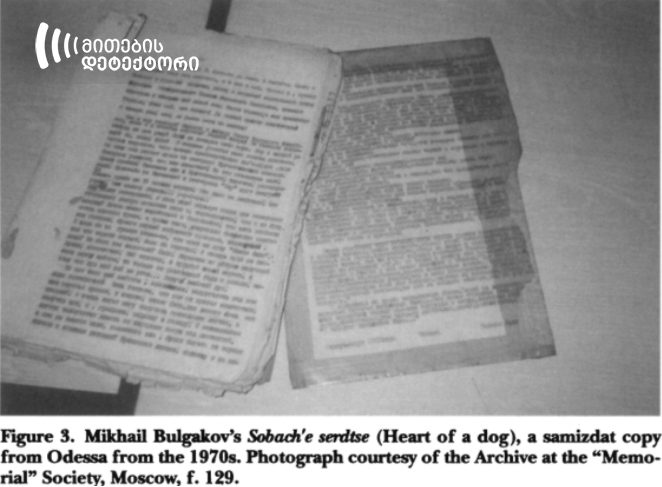 “Heart of a Dog” by Mikhail Bulgakov. Samizdat version, Odessa, 1970

In addition to literature, dissidents started publishing and sharing political documents and newspapers in the later period. This method, needless to say, existed even before the creation of the USSR, and the communists were the ones initiating the idea in the first place. For instance, during the Russian Empire, Georgia sheltered a number of underground socialist printing houses spreading communist-socialists messages in the country. In the form of a museum, “The illegal printing house of Stalin” can be found even today. 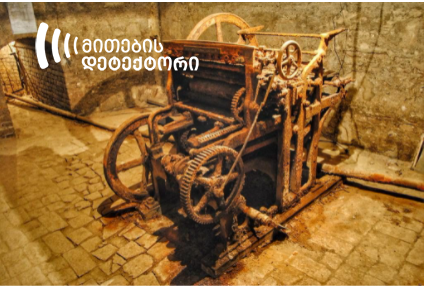 The secret printing house of Joseph Stalin in Tbilisi

Anti-Soviet journals, newspapers and other documents were actively published in Georgia from the 60s to 80s and, like in other Soviet republics, were led by dissidents. For instance, using Samizdat, Zviad Gamsakhurdia was actively publishing several journals, including “Georgia,” “The Golden Fleece,” and others.

Similar to other dissident journals, the Georgian counterparts also shared national sentiments. Apart from criticizing the social, political and economic aspects of the Soviet Union, preserving the national identity and values was on top of the agenda. “Samreklo” was among the leading journals in this regard, which discussed the issues of the Georgian language, national identity and statehood. In addition, one can also find the aims of the dissident publications: 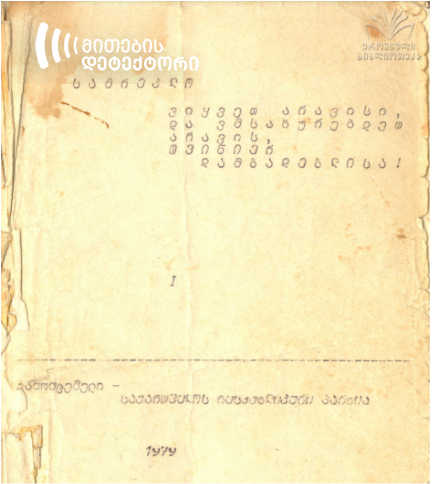 The cover page of the journal “Samreklo,” Republican Party, 1979.

Not to mention, the journal includes patriotic texts, poetry and the statute of the Republican Party. 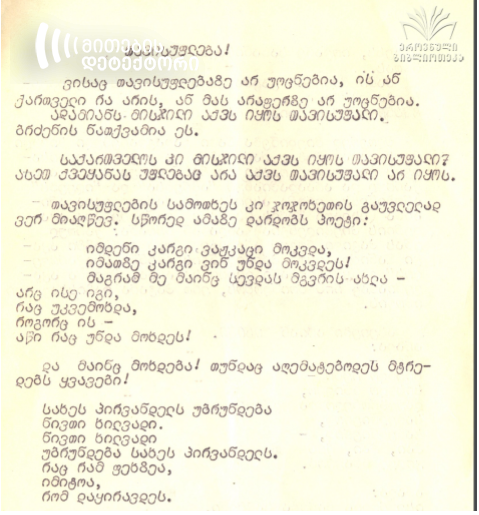 The cover page of the journal “Samreklo,” Republican Party, 1979.

Samizdat was also used to publish information about narrower topics. Religious Samizdat was the most important in this regard, especially the Orthodox and Baptist printed documents. Since religion was highly inhibited, religious organizations found Samizdat as an efficient way to connect with their followers..

Religious Samizdat also shared information on how the population reacted to the forced shut-down of the religious organizations and the imposed repressions on them. Newspapers focused not only on the Christian but also on Jewish groups. Religious Samizdat covered the following groups: Adventists, Pentecostals, Catholics, Baptists, Russian, Armenian, Georgian Churches and others. 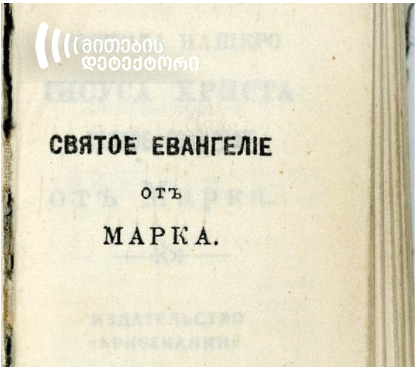 The Gospel of Mark published by the Samizdat method by the Baptist pastor and dissident Georgi Vins.

One of the most active dissidents fighting for the emancipation of the Jewish and other oppressed groups was Valeri Chalidze, who was also publishing an underground newspaper.

Interestingly, despite the vast resistance from his colleagues, Chalidze also tried to defend the rights of the sexual minorities by being against the Soviet law that criminalized homosexuality. 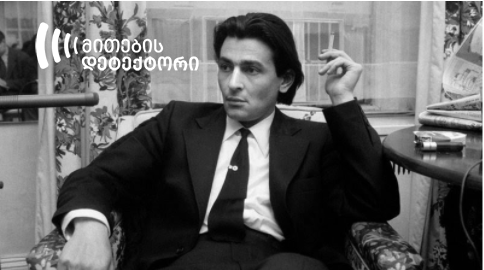