Politicano Portrays Europe’s Past as Present, and Soviet Past – as Future 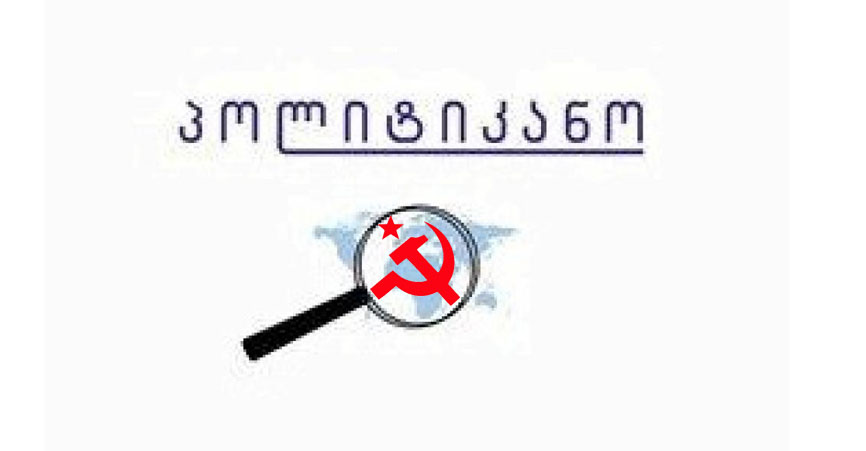 Falsification of history and manipulation with past constitutes an important part in propaganda methods. A Georgian propagandist Facebook page Politicano stands out in this regard. In 2017, Politicano accounted for the most cases of falsifying history and inciting Soviet nostalgy.

In the recent period, a new method of manipulating past has been noticed on Politicano’s Facebook page. The page tries to connect events from 16th-19th centuries to modern days and review facts that happened in the past in the context of today. For instance, on May 25, 2017, a post, titled Civilized Europe: How Wives were being Sold in Europe appeared on Politicano’s page. The post description reads: “Most of you can probably hardly imagine that selling wives was a widespread practice in England.” The description is followed by hashtags #civilizedEurope and #Europeispower.

It is noteworthy that #Europeispower represents a slogan of the Coalition for Euro-Atlantic Georgia. In order to portray that the 21st century European values and morals are fake and are identical not only to the 18th, but 5th century values, Politicano uses the given slogan and brings such historical events as examples, that are completely irrelevant now. Another post from June 3 reads that the Dutch assassinated and ate their Prime Minister Johan de Witt in 1672. As with the previous post, this one is also accompanied with #Europeispower and #civilizedEurope hashtags. In this regard, Politicano’s post from May 27 is also interesting. The page advances even further in this case, as the administrator of the page does not consider the 19th century events “old” enough and brings the events from the 5th century as the “true face” of the European civilization. The post characterizes the German tribe of Vandals as wild, drunkards and robbers. This is once again followed by ungrounded and manipulative connections with the modern-day Europe, through the hashtags. Politicano does not stop here. In order to incite Euroscepticism, it cites people from 18th and 19th centuries, in pieces, without explaining the context and reality, against which these words were pronounced. For instance, Otto von Bismarck’s famous phrase – “To speak of Europe is a mistake. It is only a geographic notion” – is shared and accompanied with the same hashtags – #Europeispower and #Europe. It is interesting that a history enthusiast – Politicano – turns a blind eye towards the crimes of Stalin and Russia. There is not even a single post about the Soviet crimes on the Facebook page, which has been functioning for four years already. On the contrary, what Politicano does is justifying dictatorships and inciting Soviet nostalgy. As the photo shows, Archil Sikharulidze is one of the members of the given group. On April 27, 2018, information was posted on his webpage, archilsikharulidze.ge, according to which Sikharulidze held a lecture in the Yevgeny Primakov Russo-Georgian Public Center on “Russo-Georgian relations in the context of the United States and Europe”. The Center was founded by the Gorchakov Fund, which was established under the Russian President’s decree, and the Georgian Institute for International relations.