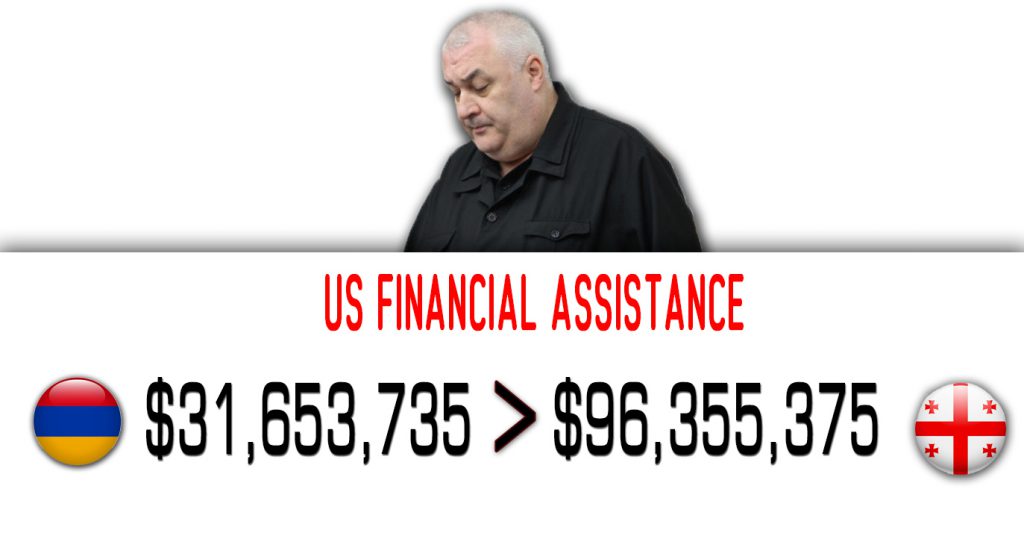 In the interview with Obieqtivi TV’s Gamis Studia (Night Studio) program on December 20, Davit Tarkhan-Mouravi, leader of the Alliance of Patriots party, said that despite its membership to the Eurasian Union, Armenia, like Georgia, is a partner and “associated member” of the European Union. Moreover, Tarkhan-Mouravi said that Armenia receives more assistance from the United States than Georgia.

Davit Tarkhan-Mouravi, Alliance of Patriots: “Our neighbor Armenia, which is a member of the Russian-led Eurasian Union and an associated member of Europe like us… and Europe was initially saying that ‘we will not accept you, cut all ties with Russia’ and then it said about Armenia that ‘we have changed our tactic and will now act with Armenians this way’. Armenia is a partner of the United States as well… and the money allocated by the United States to Armenia is not less, but rather more than the money allocated by the United States to Georgia.”

Davit Tarkhan-Mouravi’s statement as if Armenia, like Georgia, is an associated member of the European Union and receives more assistance from the United States than Georgia is disinformation. The United States provides three-fold more financial assistance to Georgia than to Armenia; moreover, Armenia has not signed the Association Agreement with the European Union. Such messages aim at promoting an opinion that despite cooperation with Russia, the country will still receive support from the West.

According to USAID’s data for 2017, the U.S. Department of State and all American agencies transferred USD 96 million to Georgia, while the assistance to Armenia constituted about USD 31 million.

The status of an “associated member” mentioned by Davit Tarkhan-Mouravi actually does not exist; as for the Associated Agreement signed by Georgia in 2014, Armenia ceased negotiations in 2013 and joined the Eurasian Union in 2015.

Armenia and the European Union signed the Comprehensive and Enhanced Partnership Agreement (CEPA) on November 24, 2017, but it does not involve the agreement on Deep and Comprehensive Free Trade Area (DCFTA), which is an important part of the Association Agreement and according to which, all customs duties for goods being imported into the EU are eliminated.

See detailed information about this issue in the article released by the Myth Detector: Disinformation as if Armenia and Georgia benefit equally from the EU