Myth as if Russia Has Never Violated International Law 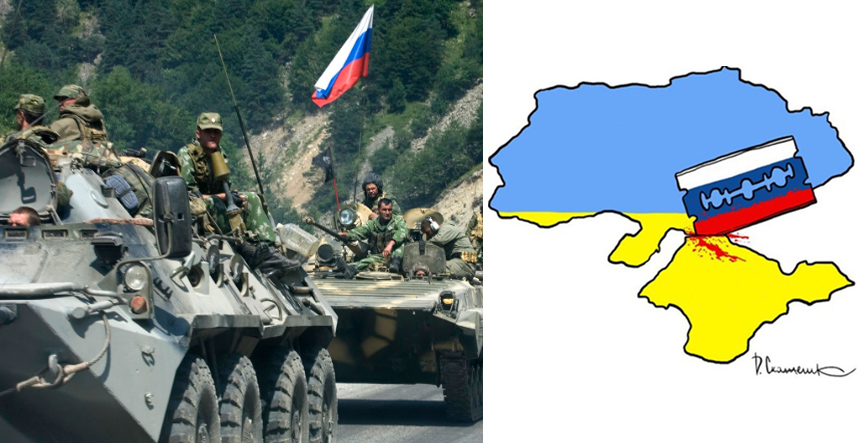 In the interview with Radio Sputnik on May 21, 2019, Russian political analyst, Pavel Shipilin said that Russia has never violated international law. He made these remarks in response to the Estonian President’s allegations, who condemned the Council of Europe’s intention to restore Russia’s voting rights in the Parliamentary Assembly of the Council of Europe (PACE), citing violation of international agreements by the country. Shipilin’s remarks were spread by Sputnik Georgia.

Pavel Shipilin, political analyst: “Russia has not violated international law. It has violated the so called “New World Order”, which is not defined anywhere and which was established by the United States and its satellites, including Estonia.”

The Myth Detector offers you an incomplete list of violations of international law by Russia.

According to Article 2 of the UN Charter, all members shall refrain in their international relations from the threat or use of force against the territorial integrity or political independence of any state. In September 2009, the Council of the European Union’s Independent International Fact-Finding Mission on the Conflict of Georgia established that extended Russian military action reaching out into Georgia – the bombing of the upper Kodori Valley, deployment of troops near the Georgian towns as well as of navy units on the Black Sea was conducted in violation of international law, Georgian military forces were acting in legitimate self-defense under Article 51 of the UN Charter. 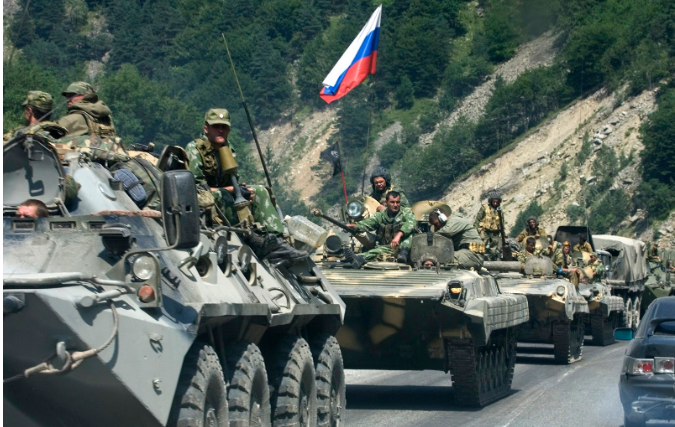 According to Articles 7 and 8 of the Rome Statute, murder, deportation or forcible transfer of population and persecution are crimes against humanity, while attack on peaceful population, wilful killing, attacks against peacekeeping mission, destruction and appropriation of property are war crimes.

On October 13, 2015, the ICC Prosecutor made a request for authorization to open an investigation into the alleged war crimes and crimes against humanity in relation to the August 2008 armed conflict in Georgia. The Prosecutor had a reasonable basis to believe that crimes against humanity and war crimes were committed on the territory of Georgia. Within the ongoing investigation, Georgian citizens are considered to be victims. 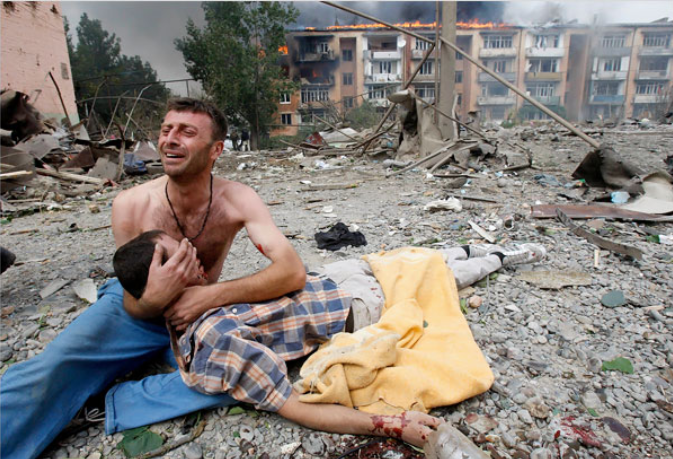 Violation of six-point ceasefire agreement between Russia and Georgia

According to point 5 of the August 15, 2018 ceasefire agreement between Russia and Georgia, the Russian armed forces had to be pulled back on the line, preceding the start of hostilities. Not only Russia did not withdraw its troops from the Georgian territory, but it even increased their presence. As of September 8, 2008, 10,000 Russian troops were deployed on the territory of Georgia that was much higher than the limit allowed by the ceasefire agreement.

In addition, despite the requirement of point 3 of the agreement to provide free access for humanitarian assistance, Russia hampered access of humanitarian aid and international observers to the conflict zone. 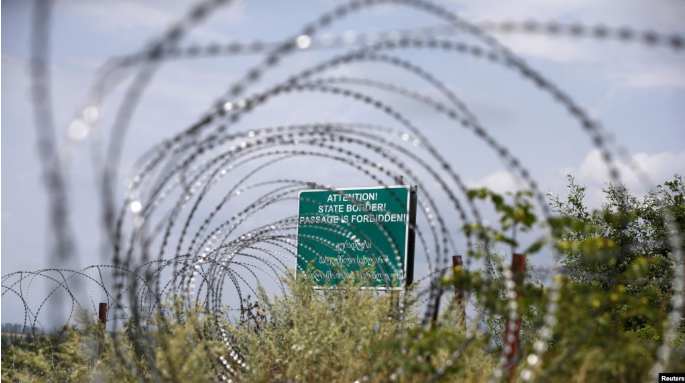 Recalling the obligations of all States under Article 2 of the UN Charter, the resolution on territorial integrity of Ukraine adopted by the General Assembly on March 27, 2014 calls upon all States to desist and refrain from actions aimed at the partial or total disruption of the national unity and territorial integrity of Ukraine, including any attempts to modify Ukraine’s borders through the threat or use of force or other unlawful means. In the December 17, 2018 resolution, the UN member states called on Russia to end its illegal annexation of Crimea. 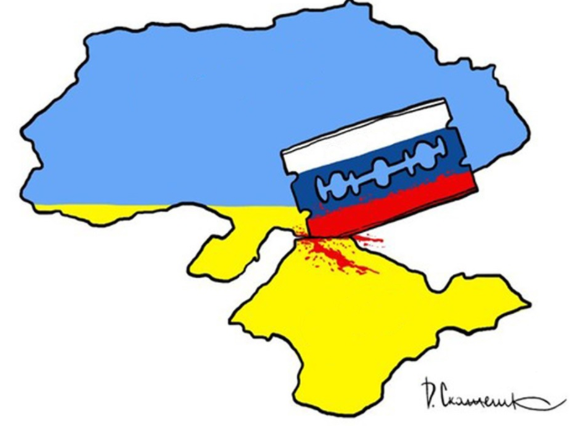 Attack on Ukrainian ships in the Kerch Strait

On November 25, 2018, Russian naval forces attacked the Ukrainian ships passing through the Kerch Strait and detained them in violation of Article 30 of the United Nations Convention on the Law of the Sea, according to which if any warship does not comply with the laws and regulations of the coastal State concerning passage through the territorial sea and disregards any request for compliance therewith which is made to it, the coastal State may require it to leave the territorial sea immediately. In the December 17, 2018 resolution, the UN member states called on Russia to refrain from impeding the lawful exercise of navigational rights and freedoms.

The International Tribunal for the Law of the Sea (ITLOS) ruled on May 25 after deliberation that the Russian Federation shall immediately release the Ukrainian naval vessels.

In 2019, the Hague-based Court of Arbitration ruled that Russia violated Article 5 of the Agreement between Russia and Ukraine on the Encouragement of Investments, which bans the parties to expropriate the assets of investors. The Court of Arbitration ordered the Russian Federation to pay USD 44,455,012 million in compensation for the expropriation of Ukrainian state oil company Ukrnafta’s investment on the territory of the Autonomous Republic of Crimea.

On March 4, 2018, Russia’s ex-spy, Sergei Skripal and his daughter, Yulia were poisoned in the British city of Salisbury. The Porton Down Laboratory concluded later that the Skripals had been poisoned with Novichok, a military grade nerve agent of a type developed by Russia. The UK government has suggested that the poisoning was either a direct attack by the Russian government or that Russia has culpably lost control of the nerve agent which it developed. According to independent investigative journalism report, the Skripals were poisoned by GRU officers, Alexander Mishkin and Anatoliy Chepiga.

The UK asserts that Russia is already in breach of the Chemical Weapons Convention by reason of its failure to declare its own Novichok production facilities and delays in destroying stockpiles of other chemical weapons.