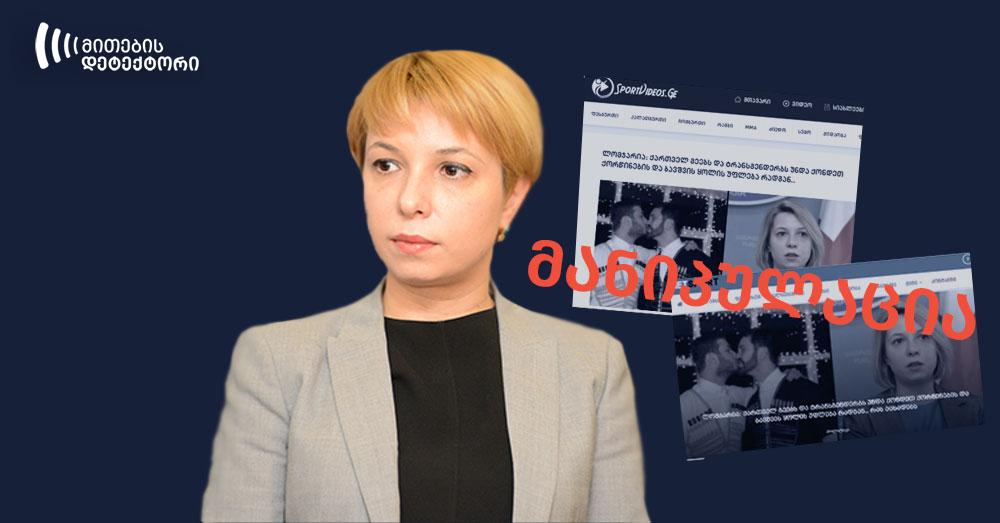 On March 8, 2021, a website Sportvideos.ge published an article titled “Lomjaria: Georgian gays and transgenders should be allowed to marry and adopt because…”. The article cites the Public Defender’s report, which, according to the publication, criticizes the notion of marriage in the constitution, as a union between a woman and a man and notes that the state should recognize the civil marriage (partnership) of homosexual couples. The article also mentions that the civil partnership means a legal formation of couple’s relationship and after the public gets used to homosexual families, they should be allowed to adopt too. At the end of the article, Nino Lomjaria’s statement on the 2019 movie “And Then We Danced” is cited, where she claims that the freedom of creativity is protected by the Constitution of Georgia. Lomjaria criticized groups that were threatening to disrupt the film screening and block the buildings.

As an analytical tool Crowdtangle shows, an article with a similar title and an identical photo was also published by netsport.ge on March 6. 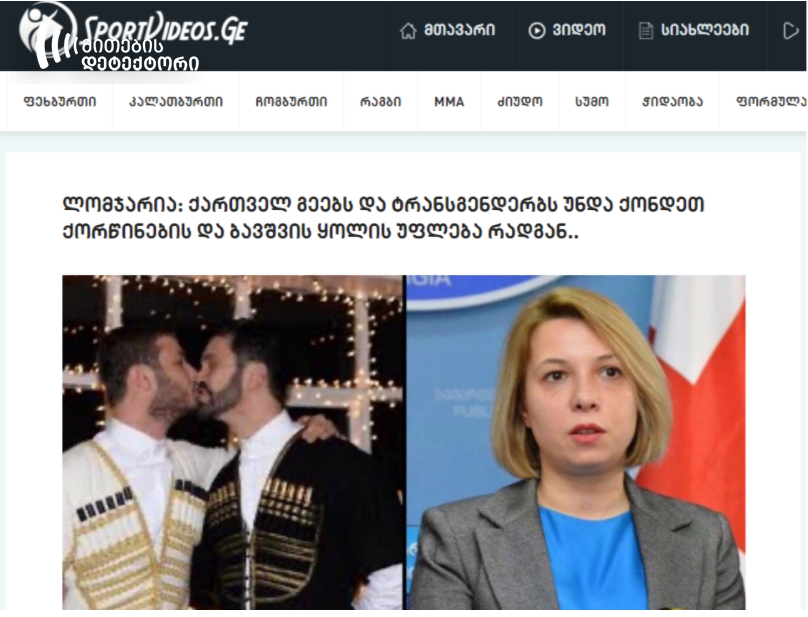 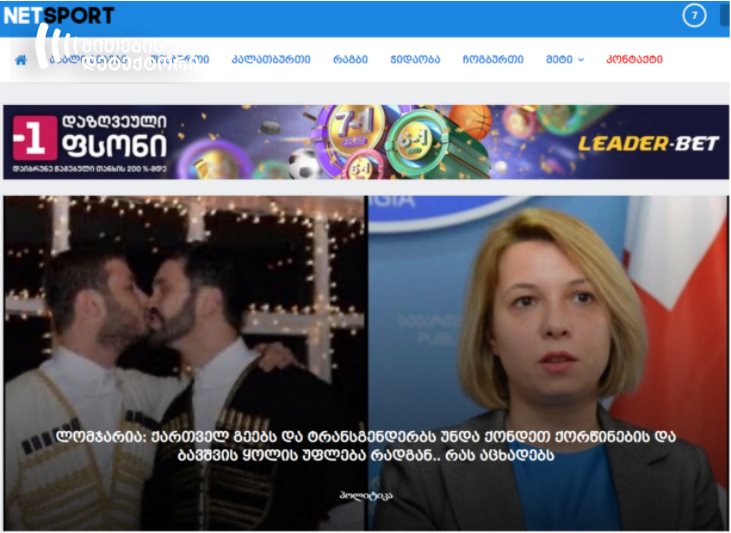 The widespread information about Nino Lomjaria saying that gays and transgenders should be allowed to marry and adopt in Georgia is manipulative. The Public Defender Press Center denies the given reports, whereas the report by the Public Ombudsman emphasizes the freedom of assembly and expression. It does not mention anything about the adoption rights. The notion of civil partnership was mentioned in the 2017 report of the Public Defender as a reaction to the marriage-related amendments in the constitution. As the Public Defender explained, defining marriage in the constitution as a union between a woman and a man contradicts the human rights protection standards of the European Court of Human Rights (ECHR) and strengthens homophobic attitudes.

What does the report by the Public Defender say?

Annual reports by the Public Defender concern the current situation with regards to human rights in the country, with an entire chapter devoted to the fight against discrimination and the issues of equality. Nino Lomjaria’s latest report emphasizes several aspects:

The report does not mention the right of same-sex couples to adopt. Moreover, the comment of the Public Defender on the civil partnership has been manipulated, as the statement came after the amendment of the definition of marriage in the constitution – the Public Defender stated that such definition of marriage does not match the European human rights law. In 2016, an initiative group addressed the President of Georgia to conduct a referendum asking: “Do you agree that civil marriage be defined as a union between a man and a woman with the aim of creating a family?” The President refused to hold the referendum, but Georgian Dream still submitted the constitutional amendments bill to the parliament.

It is also noteworthy that articles on both websites come with two identical photos, with one of them showing the public defender and the other – two men wearing Georgian national clothes. A Georgian LGBT activist published this photo in 2017, after marrying a foreign partner in the United States. 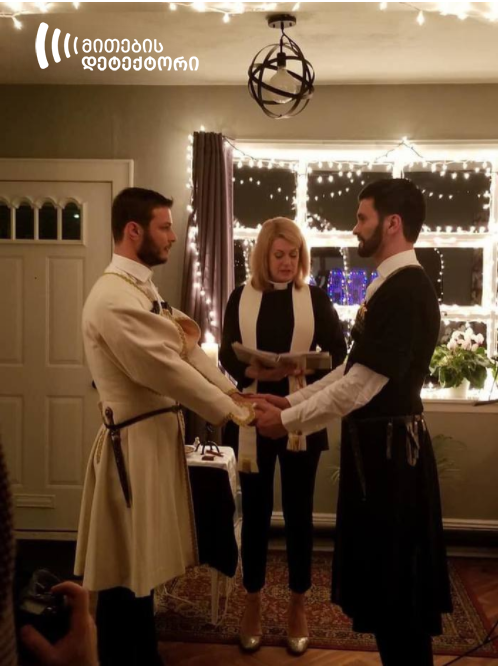 Fake statements have also been disseminated in the name of Nino Lomjaria earlier. In June 2020, a fake quote about the poem “The Knight in the Panther’s Skin”, allegedly belonging to Lomjaria, was published. On March 12, 2021, fake information with Nino Lomjaria’s photo was disseminated, which claimed that Georgian NGOs demanded to disqualify Nikoloz Basilashvili, a Georgian tennis player, from a tournament in Doha. Read more: