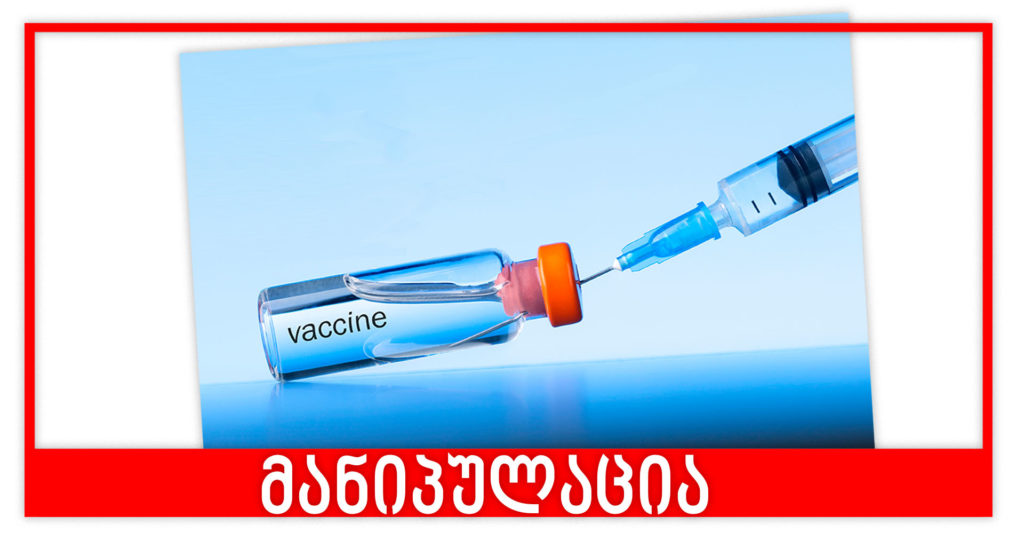 On 12 January 2021, Facebook page ფაქტები და მოსაზრებები shared a video address of Koba Kuprashvili recorded on 11 January. In the video Kuprashvili criticized restrictions imposed due to coronavirus in Germany and Georgia as well as Covid-19 vaccines. Kuprashvili claimed that the vaccine accelerated the spread of virus and increased the number of cases in various countries and that it was part of a “special operation” and “scam” against the mankind. He went on to say that instead of producing positive results, the rollout of the vaccine in England and Israel, the leaders in vaccination, increased the number of cases of infection. Koba Kuprashvili’s video has been deleted. 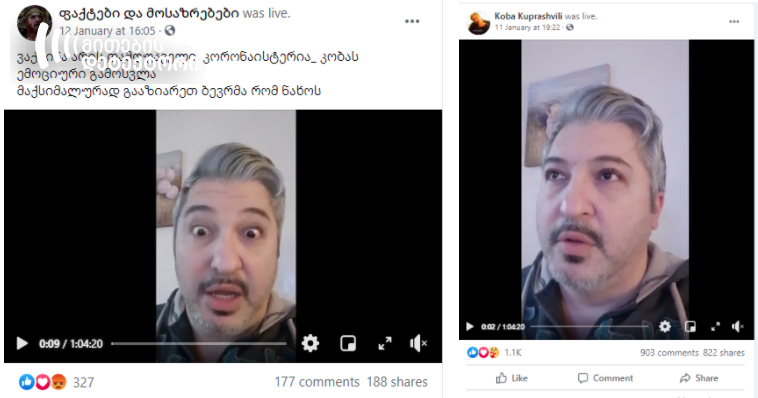 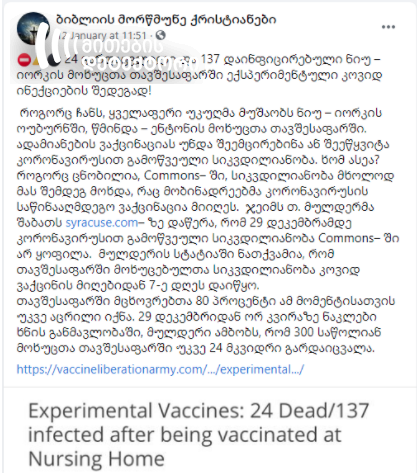 The post of Facebook account, ბიბლიის მორწმუნე ქრისტიანები, claiming the that the spread of virus in the nursing home in New York was related to vaccination is incorrect. The nursing home has already denied any link to the vaccine. As regards Koba Kuprashvili’s claim that people get infected through vaccination, it is disinformation because none of authorized Covid-19 vaccines contain live pathogen and it is impossible to catch infection from the vaccine. Kuprashvili’s another that the increase in Covid-19 cases in England and Israel after the rollout of the vaccine proves the inefficacy of the vaccine is misleading too: for a vaccine to prove effective population-wide in a country, it requires a certain period of time and the inoculation of 70%-90% of entire population.

Misinformation 1: Vaccine caused the spread of virus and death of elderly residents of a nursing home in New York.

In reality, a report about 137 cases of infection and 24 deaths in the nursing home, The Commons, published by Syracuse.com on 9 January, does not link the spread of the virus to the vaccination; however, this report was released by conservative and antivaccine groups in a manipulative manner. To respond to this manipulation, the website reached out the administration of Commons and additionally published an explanatory article on 13 January. The administration of the nursing home described the claims about the link between the vaccination and the cases of infection and deaths as “dangerously speculative and factually incorrect.” The first resident of the nursing home tested positive on 16 December; additional cases of virus were confirmed on 21 December, while the vaccinating of residents started on 22 December. Furthermore, the administration said that a segment of those who got infected or died had not been vaccinated.

Misinformation 2: The spread of disease through vaccines is proved by cases of people in a nursing home in Germany as well as in Israel, who got infected after the vaccination.

Days after getting the Pfizer vaccine in Germany and Israel, some of those vaccinated were indeed diagnosed with the coronavirus. Nevertheless, Kuprashvili’s claim that the vaccine caused the infection in the above cases and the virus is spread through the vaccine is incorrect. None of authorized vaccines contain the live virus and hence, the vaccine cannot infect an individual with the coronavirus. Moreover, both Germany and Israel used Pfizer’s RNA technology vaccine which differs from traditional technology vaccines in that it does not contain a virus in any form and therefore, the vaccine cannot make a person sick with Covid-19.

It should also be taken into account that the vaccine is not a 100% guarantee against the coronavirus for several reasons. First, in order to build immunity, the Pfizer as well as other RNA technology vaccines require two doses, given several weeks apart. Furthermore, after taking the vaccine, the body does not immediately start making antibodies; according to Pfizer, the body develops antibodies within 7 or 8 day after the second dose of the vaccine. Consequently, if a person got infected with the virus just before taking the first or the second dose, he/she still gets sick because the vaccine has not had enough time to build immunity. Besides, the third phase of Pfizer vaccine trial showed 95% efficacy and hence, a small number of people might still catch the virus after vaccination. That’s why health care experts recommend patients to observe safety and hygiene norms even after being vaccinated.

Both in Israel and Germany, above mentioned cases of infection occurred after receiving the first dose of the vaccine, days before the second dose.

Manipulation: A sharp increase in the number of cases in England and Israel proves inefficiency of the vaccine. the Covid-19 situation deteriorated in these countries after the rollout of the vaccine.

The number of coronavirus cases has recently increased at a high rate indeed in Great Britain and Israel. However, citing this data as evidence of vaccine inefficiency is not correct because for a vaccine to prove show full efficacy population-wide, two major conditions are required: inoculation of two doses of the vaccine and the development of herd immunity. Since the process of vaccination has started just recently in these two countries, time is needed for these two conditions to be met.

Britain was the first country to give emergency authorization to Pfizer’s vaccine and rolled out the first coronavirus vaccines to the public on 8 December. By now, the first dose of vaccine has been given to 2.9 million people from high-risk groups, which amounts to around 4% of the total population. In Israel, as of 10 January, as many as 1.8 million people, that is 20% of the entire population received the first dose of the vaccine. Israel primarily administered shots to people from risk-groups too.

It should be noted that the Pfizer’s vaccine is not a 100% guarantee against the virus, but it reduces the severity of disease and fatality.

Other misinformation spread by Koba Kuprashvili

In addition to misinterpreting vaccines and statistics, Kuprashvili, in his hour-long video address, repeated pieces of false information that have been already debunked by Myth Detector: