Manipulation, as if children at a Danish school are forced to perform Islamic Prayer 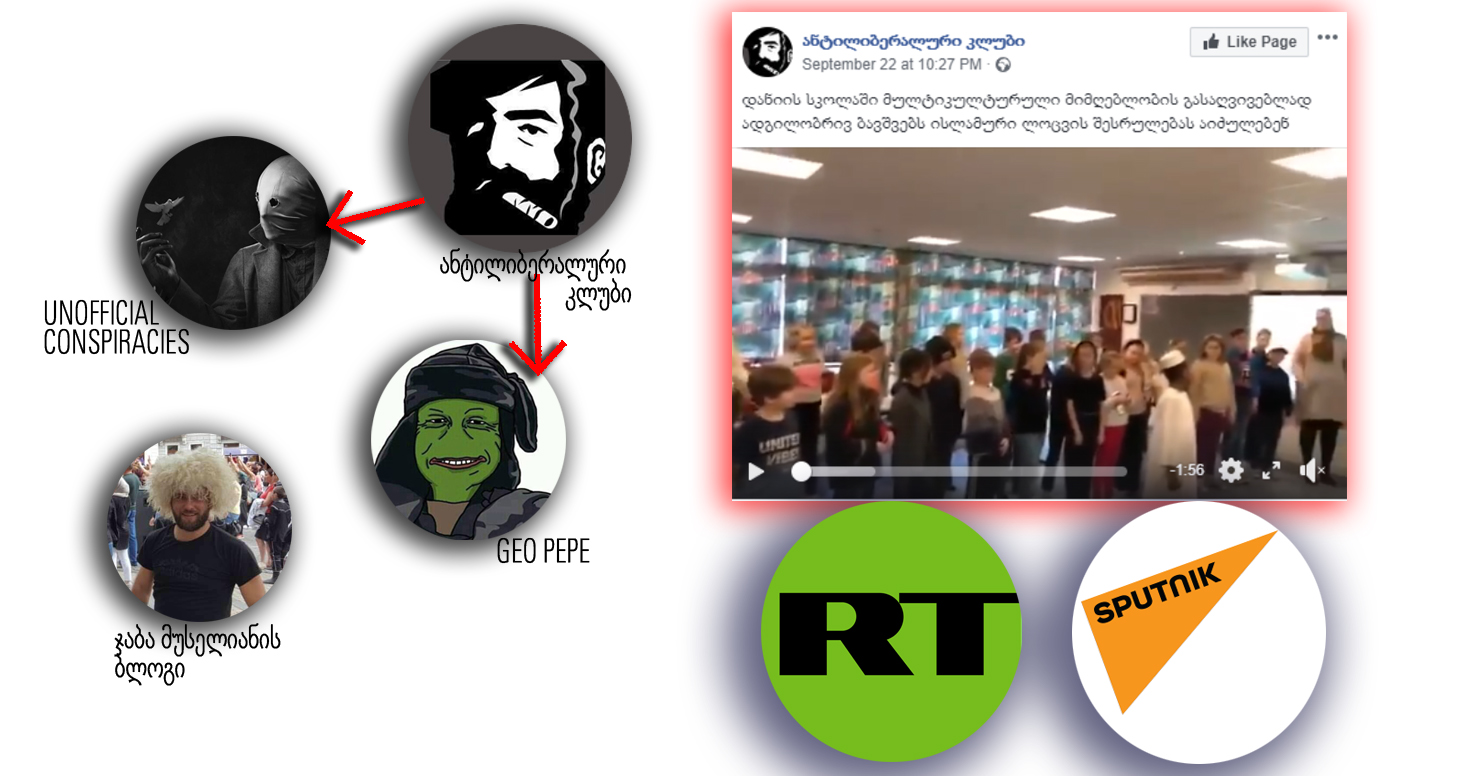 On September 22, the Facebook page “Anti-liberal Club” published a video with a short description “With the aim to promote multicultural acceptance local children at a Danish school are forced to perform Islamic prayer”. The video was shared on the same day with identical text by anti-Western and hate speech spreading Facebook pages “Unofficial Conspiracies” and “Geo Pepe”, while on September 23, the video was spread by “Jaba Museliani’s blog ”. 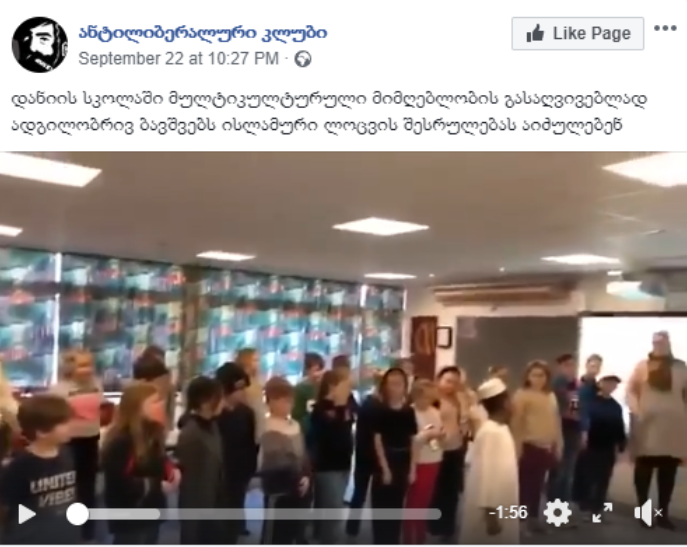 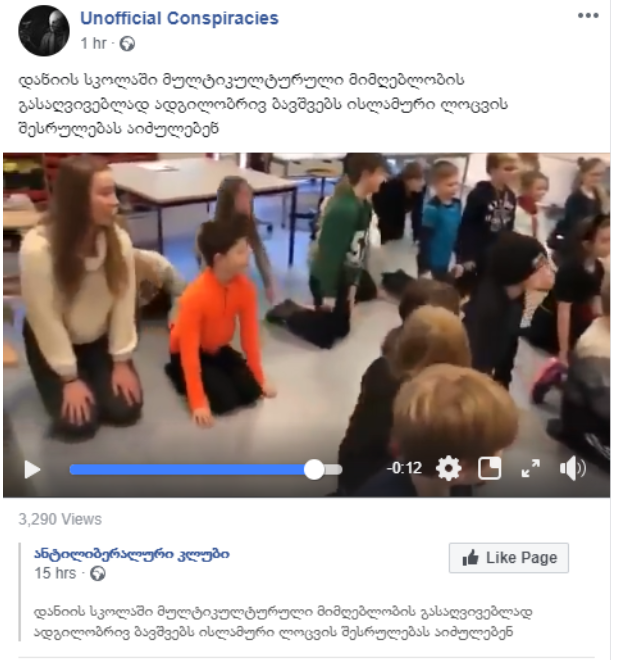 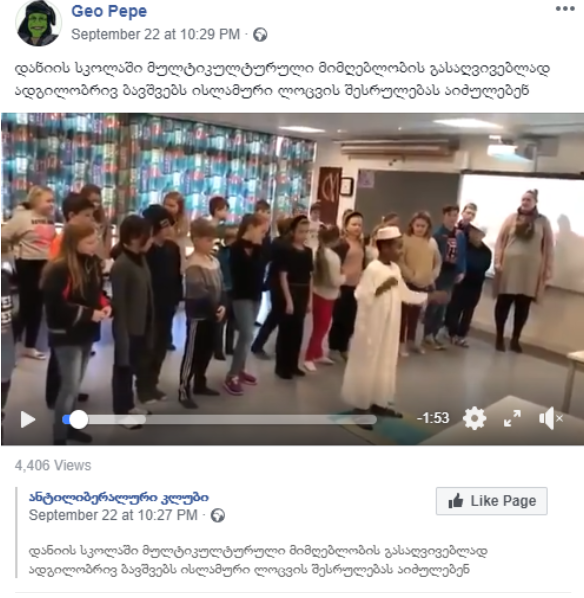 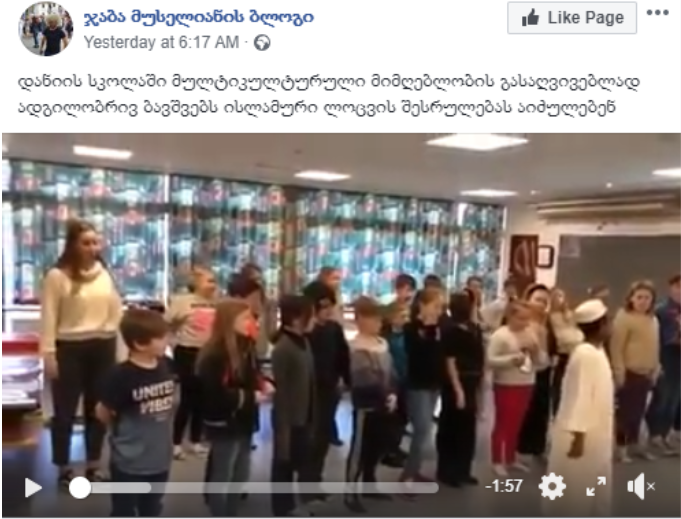 Disseminated information, as if children at a Danish school are being forced to perform Islamic prayer, is manipulative, providing the reader with incomplete and distorted information. In reality, the action depicted in the video takes place in class, where students share different cultures and lifestyles.

The video was taken in November 2018 at Thyregod School in Denmark. However, Danish media reacted later, in June 2019. Danish TV and online media nyheder tv2 reports, that the prayer took place in the framework of “Know my life” (Kend mit liv) course, where students share one another their everyday experience, including religion, traditions, food, etc. During the lesson, they became acquainted with the culture of different nations, ranging from Polish cuisine to Islamic prayer.

It was a parent of a child, who performs a Muslim ritual, who spread the video. The school does not allow taking and spreading without a prior consent of other parents, however, despite the warning, the boy’s mother still took the video and the school learned about it only after the video was released.

The information with manipulative titles was spread on June 27 and 30, 2019 by English-language portals of Russian governmental media – Sputniknews and Russia Today. 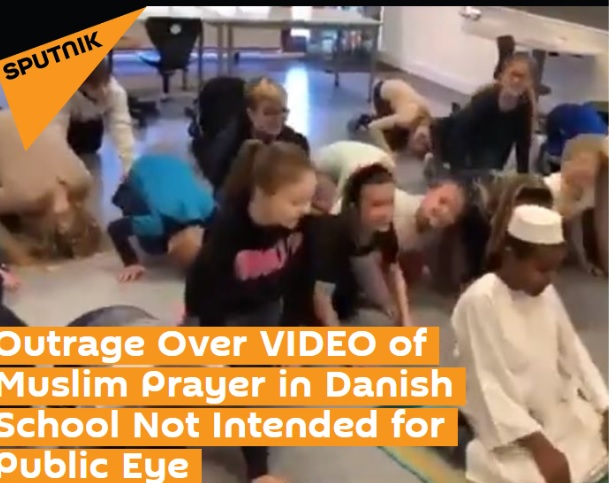 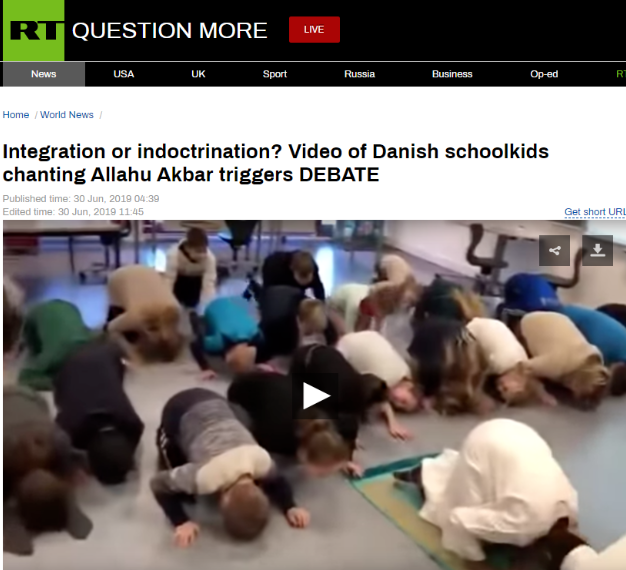