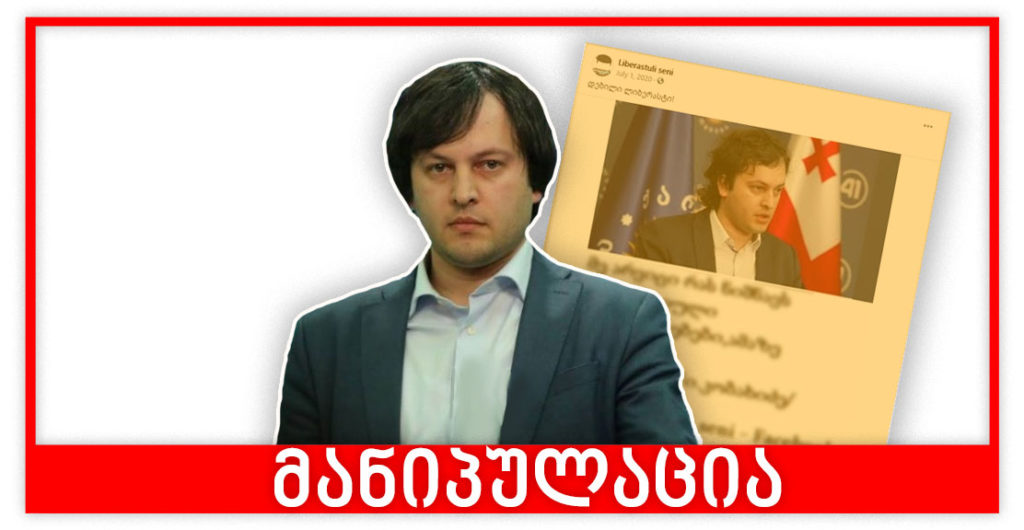 On January 11, Giorgi Iberieli’s Facebook profile shared a post, published by a Facebook page Liberastuli seni on July 1, 2020, in six public Facebook groups. The post included a photo of the Head of the Georgian Dream party with the following quote: “I do not know what traditional values are, it is dangerous to talk about that./I.Kobakhidze/”. The post comes with a caption made by the Facebook page: “Moron liberast!”. 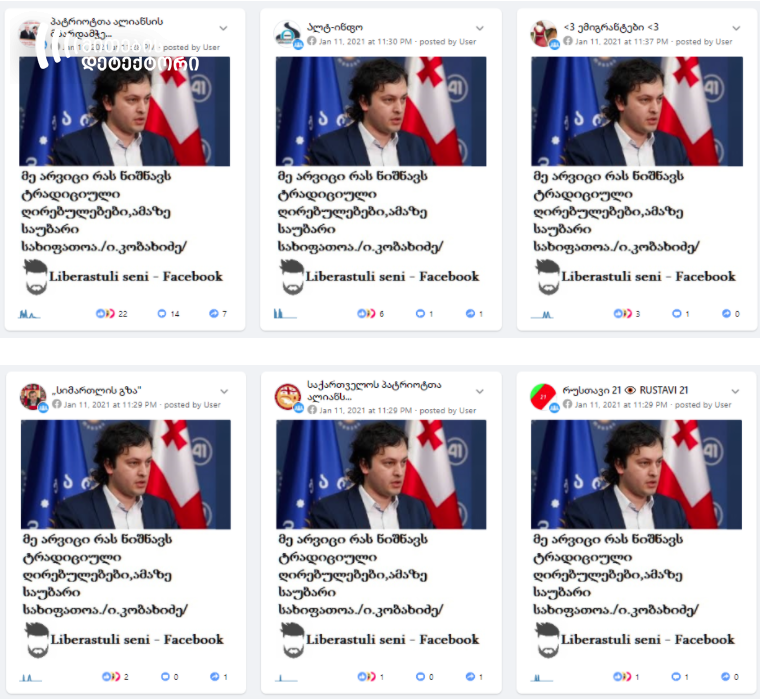 As of January 17, the post had 61 shares. The post, originally published on July 1, 2020, was re-shared following the announcement that Irakli Kobakhidze was to replace Bidzina Ivanishvili as the Head of the Georgian Dream. 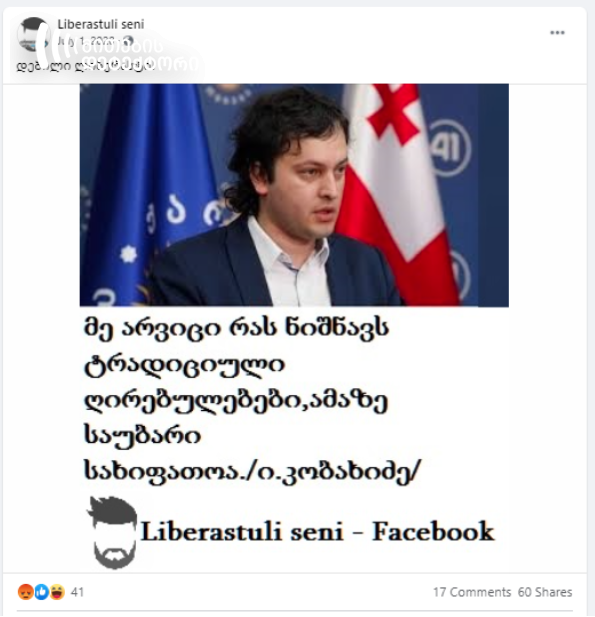 Liberastuli seni’s post is manipulative and disseminates Irakli Kobakhidze’s quote outside the context. In 2017, during the discussions on constitutional amendments, in response to MP Nukri Kantaria’s initiative to add national consciousness and values to the constitution, Kobakhidze stated that “constitution is not belletristic” and the content of the national consciousness in relation to this document was unclear to him, as it contained certain risks. Kobakhidze did not say that traditional values, as such, are dangerous, as Liberastuli seni writes.

On June 23, 2017, the Legal Issues Committee of the Parliament of Georgia held a second hearing of the bill of constitutional amendments. At the hearing, a Georgian Dream MP, Nukri Kantaria, came up with an initiative to amend the chapter on “social state” and add national consciousness and values. Irakli Kobakhidze replied to him and said that the constitution is not belletristic and that he does not understand the content of the national consciousness and writing it in the constitution could be dangerous.

In the end, the Article 5 of the Constitution of Georgia reflected Kantaria’s initiative and included an entry, according to which “the state cares about protecting national values and identity”.

Giorgi Meladze, the Director of Constitutional Studies at Ilia State University, in his comment with Myth Detector, noted that considering that the constitution is a framework of operability for the government, all laws and terms should be unambiguous and clear to avoid vague definitions.

An anti-liberal page Liberastuli seni was created on May 21, 2019 and has 1,240 likes as of today. The page has one administrator that manages the page from Greece. 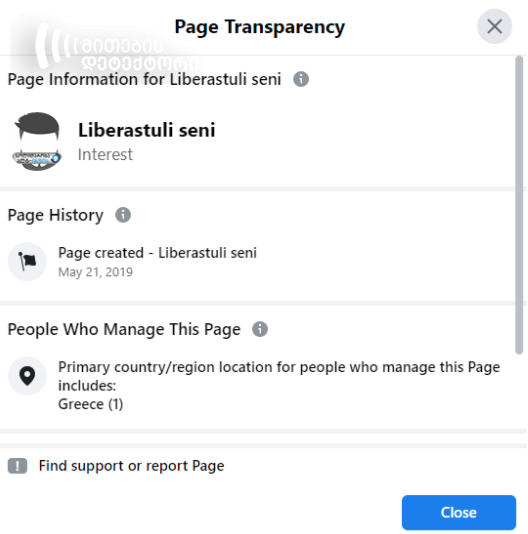 Liberastuli seni is connected to Alt-Info’s network. The profile picture of the page includes Alt-Info’s solidarity frame, it actively shares Alt-Info’s programs and updates from its websites, and calls on its followers to like and share Alt-Info’s page.

Facebook has deleted Alt-Info’s network for a coordinated inauthentic behavior on several occasions. On November 26, 2020, Alt-Info was granted an authorization to air. Its trial broadcasting was launched on January 8, 2021.

The article uses CrowdTangle data which is a Facebook search tool.