Information that readmission agreement with the EU obliges Georgia to let in Syrian refugees, is wrong 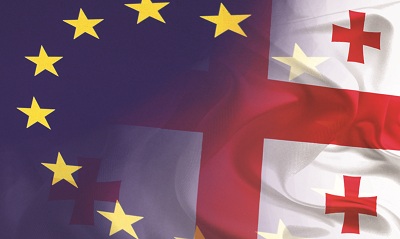 One of examples of the strengthening Russian propaganda in Georgia is the claimthat has lately appeared in the Georgian media, that on the basis of the 2010 agreement between Georgia and the EU about readmission of persons residing without permission, EU may demand from Georgia to accept Syrian refugees.

Notably, the activation of the topic of migrants and problems related to them in Georgia is taking place against the background of the Russian propaganda offensive in Europe, especially in Germany. Temporary disappearance of a 13 years old Russian immigrant girl in Germany caused diplomatic conflict between Germany and Russia. Claims were made that the girl had been kidnapped and raped by migrants. However, according to the Berlin prosecutors, the suspects are not migrants from Middle East. This incident was followed by protest rallies organized by Russian immigrants in Berlin and other German cities. Moscow responded to these rallies. Russian foreign minister Sergey Lavrov expressed hopethat the German government will not attempt to cover the truth. German foreign minister Frank-Walter Steinmeier called Lavrov’s statement interference in Germany’s internal affairs and an attempt to aggravate the already complex debate about migrants in Germany

On the basis of these facts it can be said that Russia is trying to exploit the migrants issue in two directions: On the one hand Moscow is trying to aggravate debates and public sentiments on this painful issue in the European countries. In response to the EU economic sanctions, Russia would welcome political conflict and destabilization in the countries of Europe. On another hand, the Kremlin is trying to discredit the West and keep its own sphere of influence, for which it is using its propaganda machine to portrait EU policies as serious threat in the states that are partners of the EU.

Against this background, inventing the Syrian migrants issue in Georgia, without any actual basis, points at the trace of the Russian propaganda. Division of incoming Middle Eastern migrants in the EU member-states is going on, even if painfully. But Georgia is only associated with the EU and the organization is not requesting Georgia’s participation in the process of accepting refugees. Moreover, it is not possible to make such one-sided request to a country on the basis of readmission agreement with the EU.

Due to the complexity of the issue, it is necessary to explain in detail both the meaning of this agreement, and specific obligations of its signatory parties.

Every year EU is making400 to 500 thousand illegal immigrants leave its territory. EU is able to have open, effective and humane immigration policy through having readmission agreements with other countries. However simplified it is to enter EU, it is a priority for EU to provide for safe travel across Europe. This is why readmission agreement is a precondition for simplified visa or visa free regime with partner countries. This agreement provides for legal stay of the third countries’ citizens in Europe and control of illegal migration. In the case of Georgia, readmission agreement was a precondition for getting simplified visa regime and then visa liberalization action plan and visa free regime with the EU.

Readmission agreement defines specific obligations and procedures for the third countries and EU member-states regarding when and how persons living on their territory illegally must be returned to their home countries.According to the European Convention on Human  Rights, while implementing readmission agreement human rights are fully protected.

The readmission agreement between Georgia and EU signed in 2010 aims to strengthen cooperation between the two sides in the area of illegal migration, and to bring procedures for return of illegal migrants within legal framework. In this regard, the agreement obliges Georgia and EU to return citizens of another side residing in their territory illegally to their home countries, and specifies obligations and procedures for this.

Readmission obligation specified in the first case does not apply, if:

Therefore, the notion that on the basis of the readmission agreement, EU can demand from Georgia to accept refugees from a third country, such as Syria, is mistaken.

The source of the myth- Dimitri Lortkipanidze: “Democratic Movement-United Georgia”: Let us not forget that Georgia has accepted many obligations to the EU, including the so called readmission agreement, which was signed during Saakashvili period, in 2011.It is possible that on the basis of this agreement and obligations, within the Eastern Partnership framework, EU will demand from Georgia to accept Syrian refugees. So, the placement in Georgia of Turkish military troops after American demand and the coming of Syrian refugees after the EU demand, could be the real reason why Irakli Garibashvili had to abandon his position of the Prime Minister! I just don’t see any other reasons for the unexpected resignation of Garibashvili!
Asaval-Dasavali. #2.(1105).p.10.11-17 January 2016.