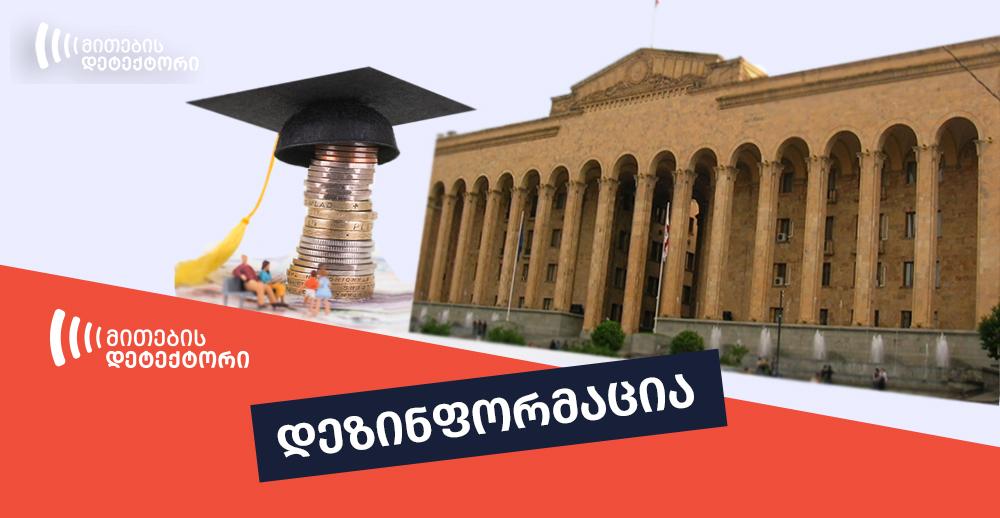 On March 1, itv.ge published news claiming that those private school pupils, whose parents fail to pay tuition fees, will not be allowed to continue studying in public schools either. According to itv.ge, the Education, Science, and Culture Committee of the Parliament of Georgia made this decision. identical information has been published by ttimes.ge too.

The information about this legislative bill was manipulatively covered by TV Pirveli in a March 1 news program, claiming that children would not be able to continue their studies at another school, until their parents pay the debt to the old school. 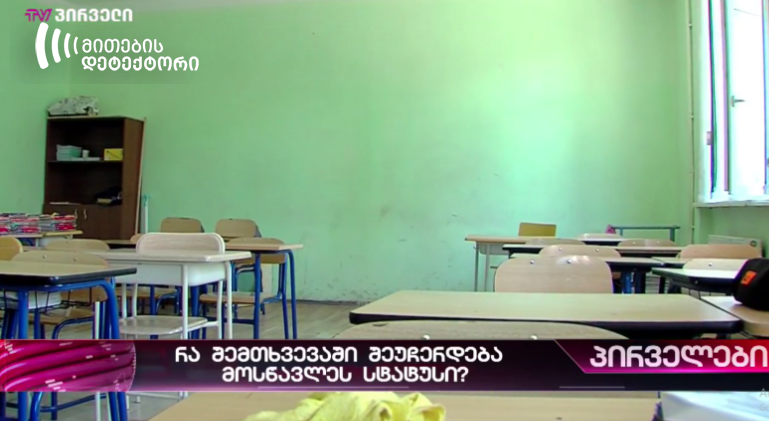 The widespread information that private school pupils would lose student status in case of not paying tuition fees and would not be able to continue studying in other public or private schools is not true. The initiative, submitted to the Parliament of Georgia, concerning contractual relations between private schools and parents, does not restrict the pupils from continuing their studies in other schools.

The initiative that allows private schools to suspend status to their pupils in case of non-payment of tuition fees was reviewed by the Human Rights Protection and Civic Integration Committee of the Parliament of Georgia on March 1.

A co-author of the initiative commented the criticism related to the proposed amendments to the Law of Georgia on General Education. He claimed that, in fact, the amendment would strengthen the rights of the children, as the responsibilities of the state in the process of transferring the pupils from private to public schools because of non-payment of tuition fees were laid out in the law. Moreover, the obligation of the private schools – to issue pupils’ documentation to the parents immediately upon request – has been regulated.

What does the explanatory note of the legislative bill say?

The legislative initiative does not envisage that private school pupils would not be able to continue studies in public schools either. According to the explanatory note to the project of amendments in the Law of Georgia on General Education, if parents cannot pay the tuition fee for their child for too long, the school is allowed to suspend the pupil’s status. However, the status suspension will not be an obstacle for those parents who would like to transfer their child to another public or private school. Based on the same initiative, the school is obliged to restore the pupil’s status immediately upon a written request from the receiving school and submit the pupil’s personal documentation.

If the legislative initiative is accepted, private school will be obliged to submit the notification on suspending the pupil’s status to the Ministry of Education of Georgia, whereas parents – to submit a written request to the school on transferring the child to another school. In case of a transfer to another school, private schools will also be obliged to transfer the documentation, needed for enrollment, to the receiving school one business day after receiving a request from the latter.

If a private school fails to meet the respective obligation or tries to hinder the issuing of the documentation due to a financial debt, the legislative bill envisages a suspension of authorization.