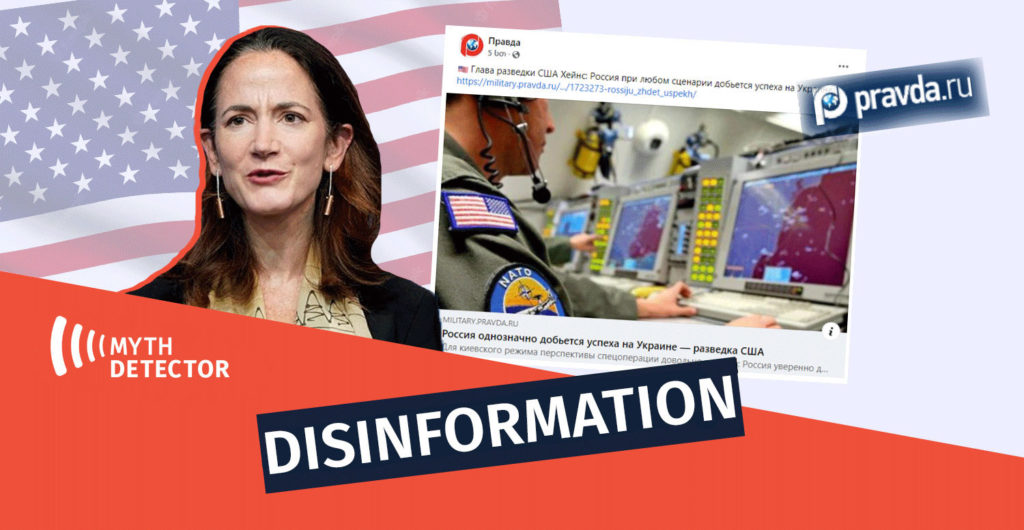 On June 30th, the Russian propaganda outlet “Pravda” published an article about the Russia-Ukraine war. The publication mentions that the US national intelligence chief, Avril Haines, predicts Russia’s success in Ukraine under all scenarios, and the US is already convinced that Ukraine will have to give up on its territories to end the conflict. The article also mentions that according to Vladimir Putin, the armed forces of the Russian Federation will achieve the goals of the special operation, which is also confirmed by the head of the US national intelligence, Avril Haines, while her opinion can be found in the article of Reuters.

Based on Pravda, a similar article was published on the website enews.bksfe.com. 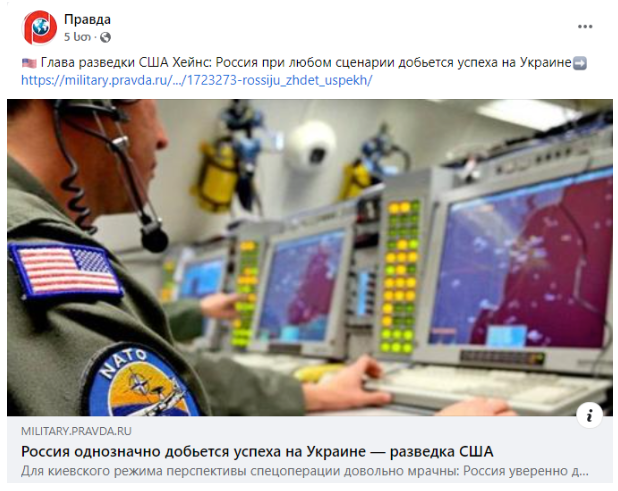 The claim that US Intelligence Chief, Avril Haines, admits the inevitability of Russian victory in the conflict is false. In fact, the article by Reuters quotes Haynes as saying that the Russian army, exhausted by four months of fighting, is unlikely to be able to achieve Putin’s goals.

On June 29th, at the annual conference of the Bureau of Industry and Security of the Department of Commerce in Washington, the head of the US national intelligence, Avril Haines, spoke about the course of the Russia-Ukraine war and the possible scenario of the development of the conflict. On the same day, the news agency Reuters devoted an article to her speech. The article notes that the four-month war is expected to drag on even longer. According to Haines, Putin’s ambitions have not changed since the start of the war, and he will need to fight hard to achieve his goals, although it is unlikely that Putin’s battle-weary army will be able to achieve these goals. Neither the article nor Avril Haines’ speech mentions the absolute superiority of Putin’s army and Russia’s victory in all scenarios.

“We perceive a disconnect between Putin’s near-term military objectives in this area and his military’s capacity, a kind of mismatch between his ambitions and what the military is able to accomplish,” – noted Haines.

According to the intelligence chief, there are three possible scenarios under which Russian forces will succeed. According to other scenarios, Russia will make little progress in Kherson and other regions of southern Ukraine under its control.

Haines notes that it will take years for Russia to rebuild its forces.

“In the interim, Russian troops are unlikely to be able to conduct multiple simultaneous operations. During this period, we anticipate that they’re going to be more reliant on assymetric tools that they have, such as cyber attacks, efforts to control energy, even nuclear weapons in order to try to manage and project power and influence globally,” Haines said.