How Sputnik V Mistook an Address and How Did EMA Respond? 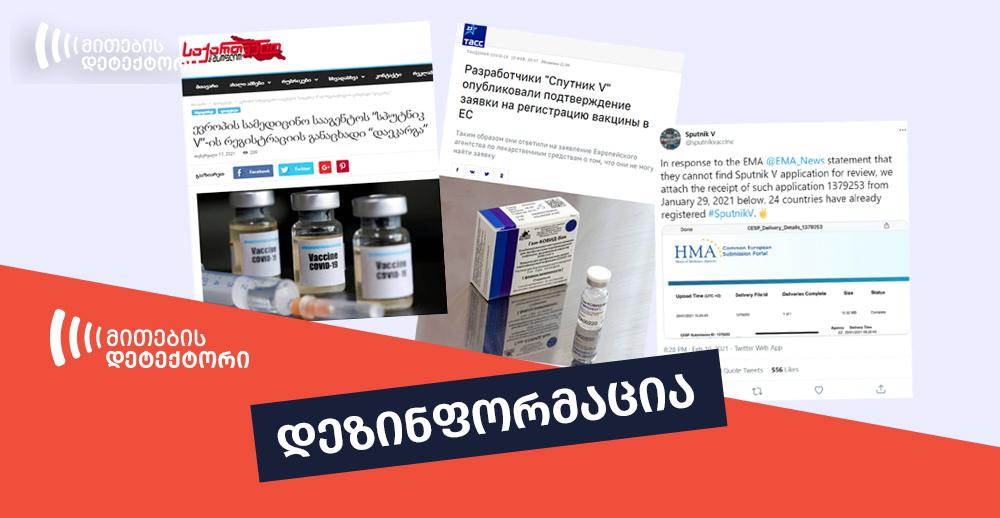 On February 17, 2021, a Georgian online edition Geworld.ge published an article titled “European Medical Agency ‘Lost’ Sputnik V Registration Application”. The article claimed that the manufacturers of the Russian anti-coronavirus vaccine Sputnik V published the evidence of submitting the application to the European Union on Twitter after the European Medicines Agency (EMA) stated that they had not received the application for Sputnik V. The article indicated a Russian edition tass.ru as the source, however, without a hyperlink. Similar article was published on tass.ru on February 10 and was titled differently – “Creators of Sputnik V Published the Confirmation of Application for Registering the Vaccine in the EU”. 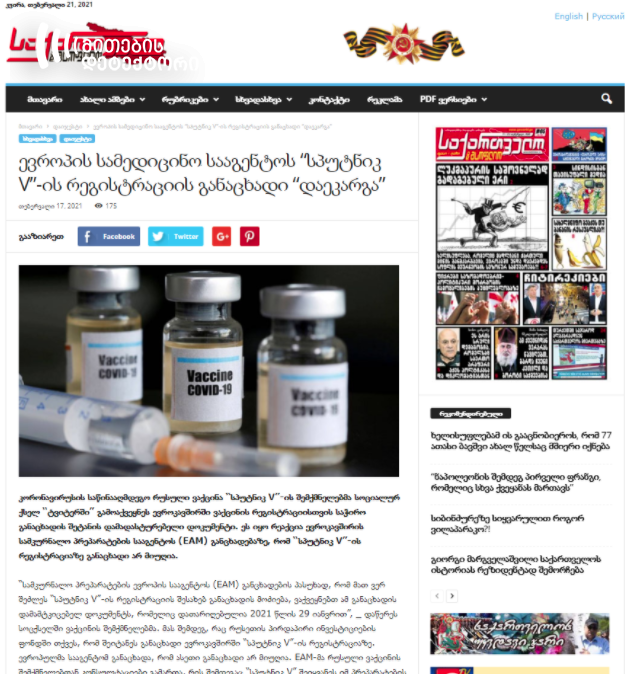 The claim by Geworld.ge that the EMA lost the registration application for the anti-coronavirus vaccine Sputnik V is false. In fact, according to a statement by the EMA, Sputnik V has not submitted the authorization request. The screenshot, published by Sputnik V, allegedly proving the opposite, shows the application, uploaded on HMA, not EMA platform. HMA is a different body and is not involved in the vaccine authorization process.

According to the EMA statement, Sputnik V has not presented the authorization application.

On February 10, the EMA published a statement regarding the approval process of the Sputnik V vaccine by the EU. According to the statement, the manufacturer of Sputnik V, the Gamaleya Research Institute of Epidemiology and Microbiology, had not presented the application with the request for authorization to the EMA. The Agency explained that the manufacturers of Sputnik V were given the latest regulatory and scientific guidance for the development of their vaccine, which is reflected in a respective database. 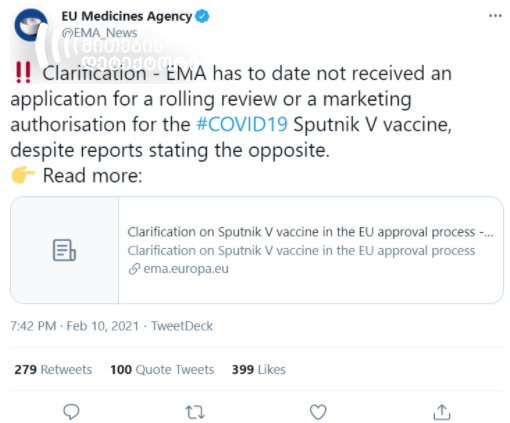 The screenshot, used by the Sputnik V Twitter account, which allegedly was to serve as evidence of the vaccine authorization, is actually an application uploaded to HMA, not EMA platform

Following the statement by the EMA on February 10, the Twitter account of Sputnik V published a statement. The tweet claimed that in response to the EMA statement that they could not find Sputnik V application for review, they attached the receipt of such application, which included the application number too. The screenshot shows that the application had been submitted to the Heads of Medicines Agencies (HMA) platform. 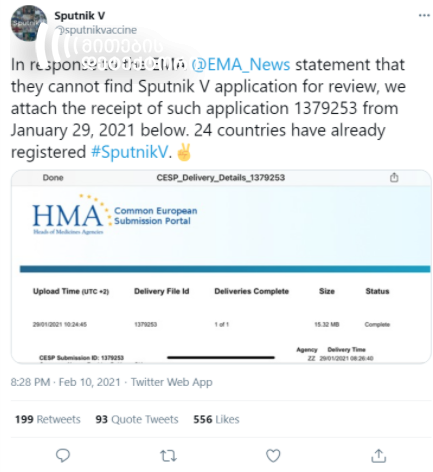 Heads of Medicines Agencies (HMA) is a different organization from the European Medicines Agency (EMA) and is no involved in the vaccine authorization process.

HMA is a network of competent bodies working on regulation of medicines on a national level in the EU member countries. It cooperates with the EMA and the European Commission, but is different from EMA. According to an EMA spokesperson, HMA is not involved in the vaccine approval process.