How reliable is the source used by Regulator’s Critic to criticize media? 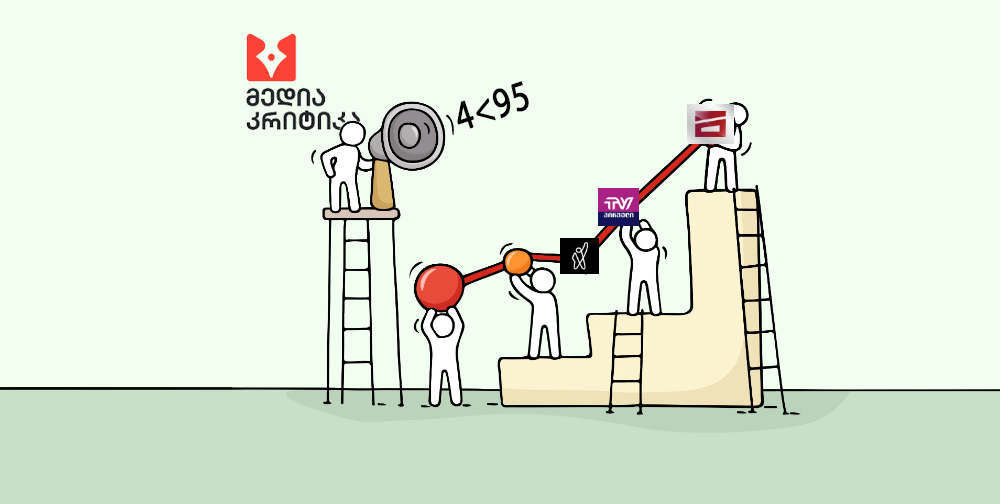 On August 9, the online platform “Media Critic” of the Georgian National Communications Commission published an article, headlined “How the criminal was (not) covered until 2012”, in which the author accuses “Mtavari Arkhi“, “Formula“ and “TV Pirveli“ of exaggeration of the criminal situation for propagandistic purposes.

To reinforce his assertion, that frequent coverage of criminal stories by media is of a propagandistic nature, the Media Critic uses international rating platform Numbeo’s statistics as an argument. Georgia ranks fourth among the world’s 133 countries in Numbeo’s safe countries rating, while first in Europe.

Mikheil Vardzelashvili, Media Critic: “Propagandistic nature of the process [“criminalization of media“] will become more evident, if we look at the conclusions of international organizations, according to which Georgia is a safe country. According to a study by Numbeo, one of the world’s leading rating platforms, Georgia ranks fourth among 133 countries in the world in the rating of crime-free and safe countries, while first in Europe.

It is misleading to use Numbeo’s statistics as an argument against media critical towards the government in the Media Critic’s article, because: 1.Numbeo’s methodology and the data protection mechanism are debatable. 2. There is a sharp difference between the data of the Numbeo Safety Index and the results of the study conducted by other authoritative organizations.

Numbeo’s data may be questionable due to the following circumstances:

Numbeo is a global database, where the consumer index, quality of helthcare, safety index and other statistical data are given by countries and cities. Any user can participate in the survey by simply registering with an email on the platform and indicating their city. The questions and their answers are quite general and are based on the perceptions of people. For example, the first question is “How seriously do you feel the level of crime?”, while the suggested answers range from “very serously” to “I am not sure”.

On February 17, 2017, Linus Trulsson, a citizen of Sweden, turned the Numbeo’s data upside down in one day. Using various emails he “made” the city of Lund in the south of Sweden the most dangerous city of the world on Numbeo rating portal, while according to the 2015 data of the Swedish National Council on the crime suppression, there were 13 197 recorded violations per 100 000 inhabitants in this city, which was lower than the average (15 342) of the whole country. This clearly shows how manipulative the information placed on Numbeo can be. In addition, the portal does not check the geolocation of the user, and, for example, any resident of Tbilisi can give poor ratings to the city of Lund by all criteria.

2. There is a sharp difference between the data of the Numbeo Safety Index and the results of the studies conducted by other credible organizations

According to the Vision of Humanity’s 2020 data, Georgia ranks 95th among 169 countries in the world.

‘Vision of Humanity’ is an international rating platform, which compiles an annual Global Peace Index, based on public and official data (e.g., United Nations, research centers and universities), taking into consideration various criteria, including perception of crime, evaluation of the work of the police, homicide rates, access to weapons, terrorism, conflicts, external threat, etc. 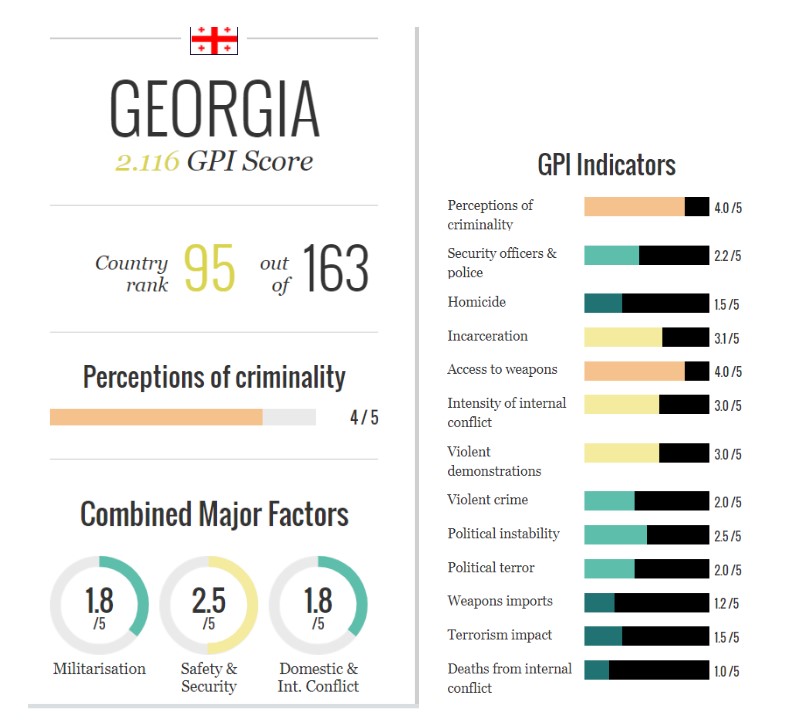 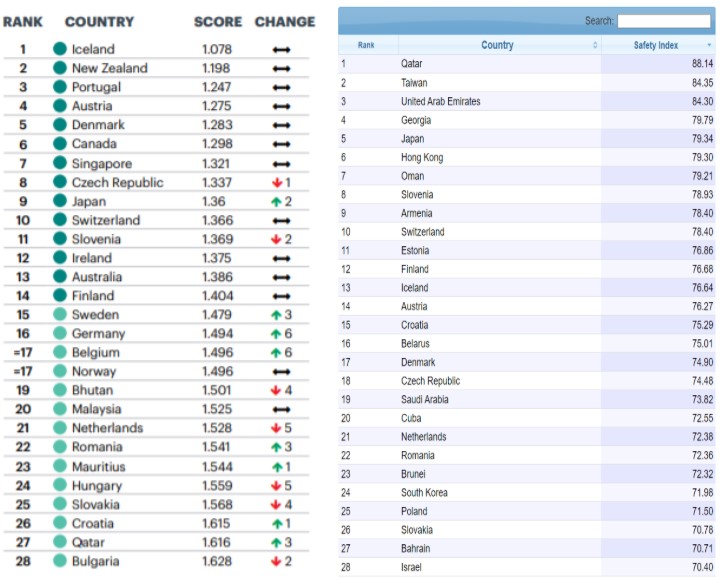 The second important platform is ‘Global Finance’, whose Safety Index takes into consideration terrorism, war and natural disasters along with crime and personal security. According to the 2019 data, Georgia ranks 49th among 128 countries of the world.

There is also a significant difference between the Numbeo’s data and the United Nations Office on Drugs and Crime (UNODC) 2016 data, according to which, Georgia ranks 145th among 230 countries of the world.

About Media Critic of the Regulatory Commission

The Media Critic of the Communications Regulatory Commission is mainly critical of the media with an editorial policy critical towards the government, about which “Myth Detector” has written before:

Skepticism towards this platform has been also reflected in the report prepared by non-governmental organizations – Georgia’s Implementation of 20 Eastern Partnership Deliverables for 2020.