How Demon-like Bird Appeared on Top of Spanish Church 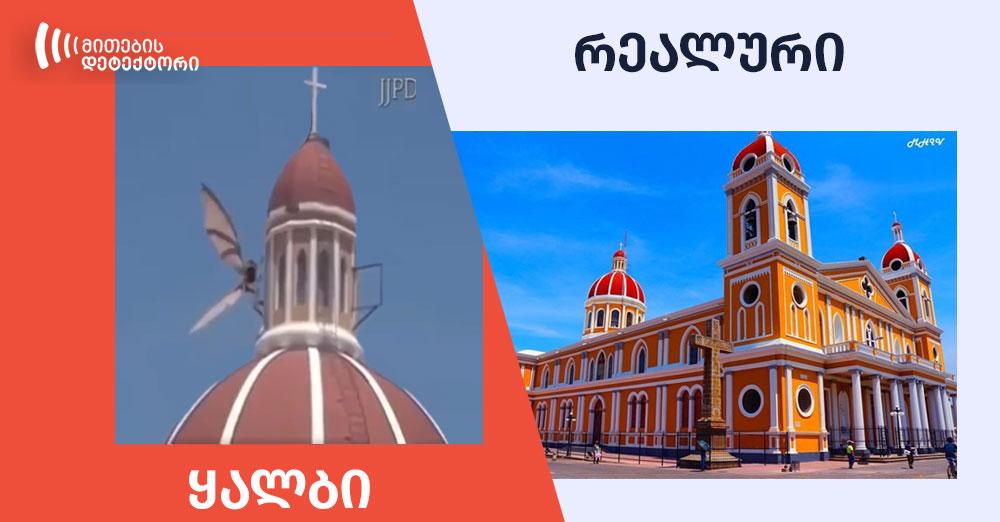 On March 25, Facebook page “ალექსანდრია” (Alexandria) posted a video with a caption saying that “in Spain, a strange devil-like bird appeared on top of the church.” According to the same caption, the author of the post is not sure about the authenticity of the video. Although the video was released in 2020, it is still popular and as of March 25, 2021, it has over 2,100 shares.

Moreover, according to CrowdTangle data, in March and April of 2020, the same video was shared to five various public groups on Facebook. 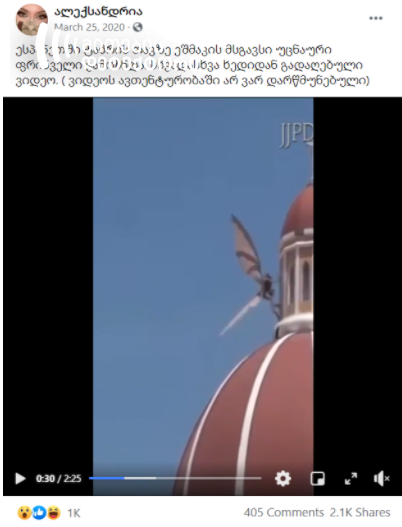 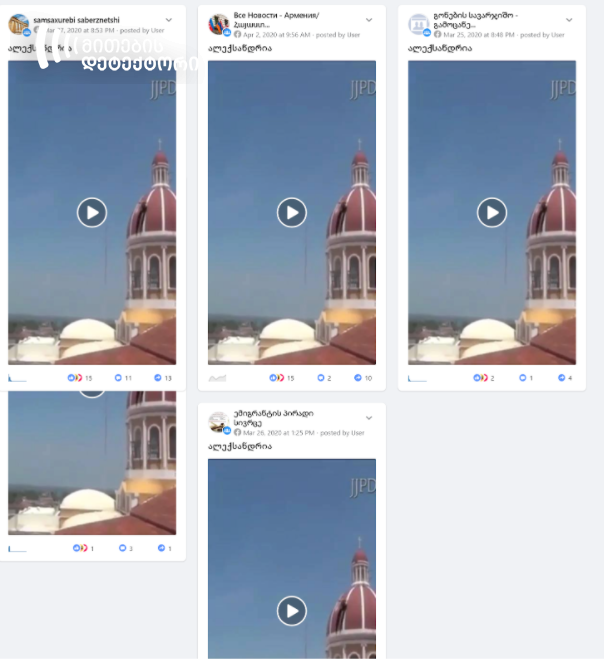 The post claiming that the demon-like bird appeared on top of the church in Spain is a video fabrication. In fact, the video belongs to JJPD Productions and it was not created to spread fake news.

It becomes clear from the original video posted on JJPD Productions’ YouTube channel on June 3, 2019 that the video was created using computer graphics. According to the video description, the Cathedral shown in the video is located in Granada, a city in western Nicaragua. The video also notes that the channel creates such videos for entertainment purposes. 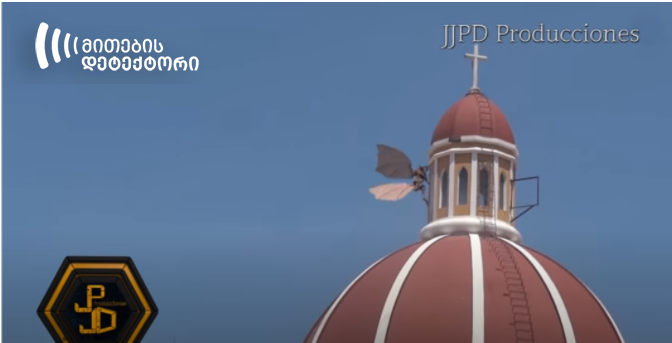 On September 9, 2019, JJPD Productions uploaded a tutorial sort of video which showed how the bird could be created digitally and placed on the Granada Cathedral. 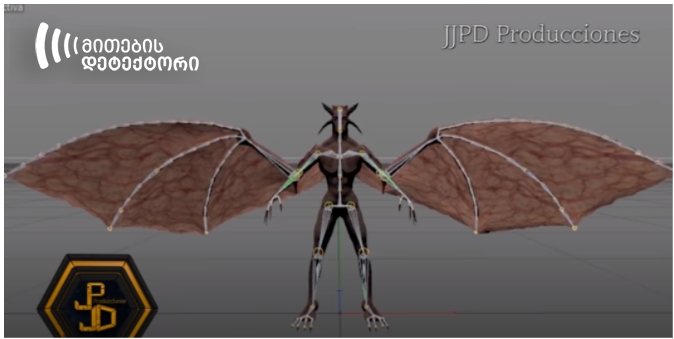 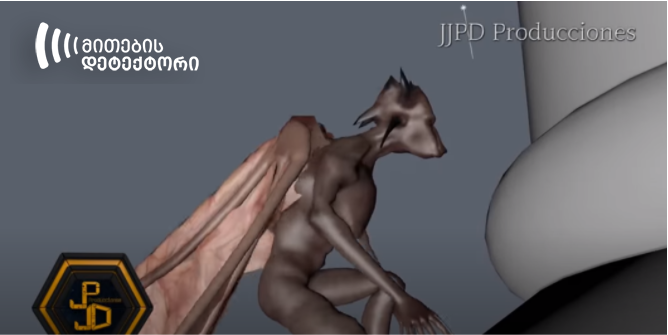 The ‘About’ section of JJPD Productions YouTube channel reads that it belongs to two Nicaraguan brothers who create videos with special effects, as well as videos of paranormal encounters, fictional short films, horror tales and so on. 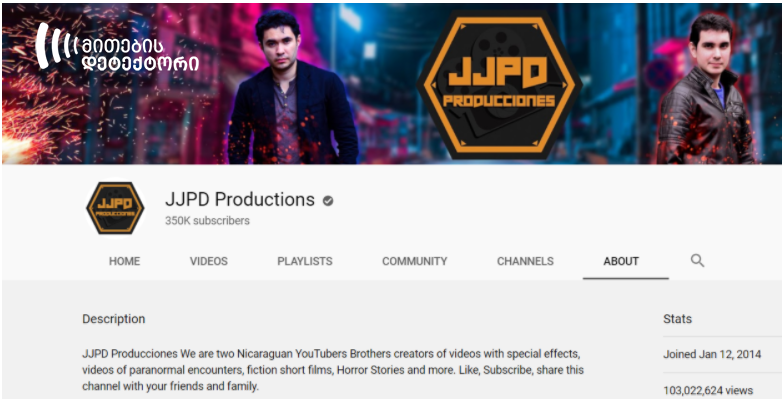 The video with fake descriptions was spread in other countries as well. One of the versions claimed that an Italian church was attacked by Islamic forces. The Logical Indian fact check team investigated the claim.

page “ალექსანდრია” was created on July 13, 2013. The page mainly posts the photos of models and entertainment content. Its “About us” section reads that its activities involve booking of wedding dates. According to the information posted on the page, it is owned by Davit Japaridze. The latter also has a YouTube channel, where he posts various videos.