Has the Notre Dame Cathedral been Restored with a Crystal Roof? 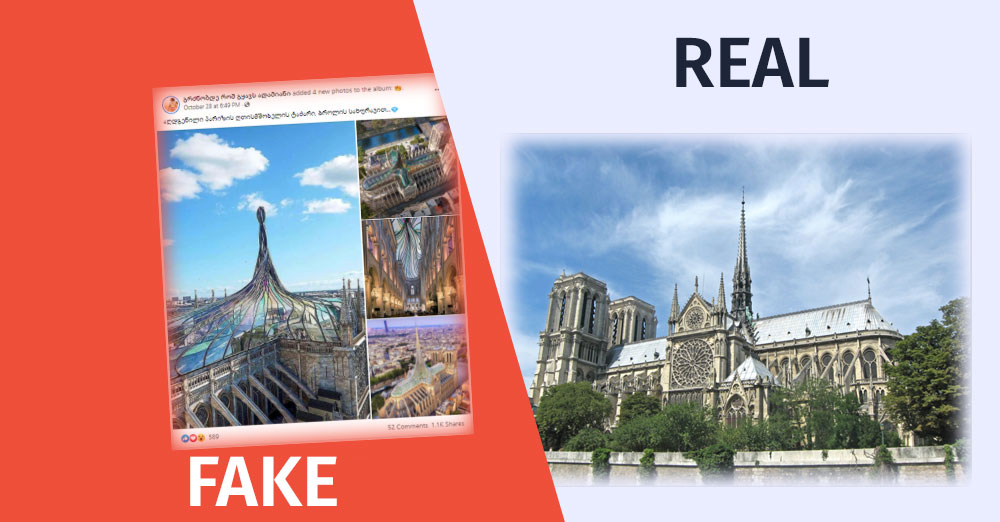 On October 28th, the Facebook pageგრძნობდე რომ გყავს ადამიანი [Feel that you have a person] posted photos of the Notre Dame de Paris in which the cathedral has a crystal roof. The description of the post states that the pictures depict the restored roof of the Cathedra.

On October 30th, the same photos with identical description were published by the Facebook pageDiverse Georgia. 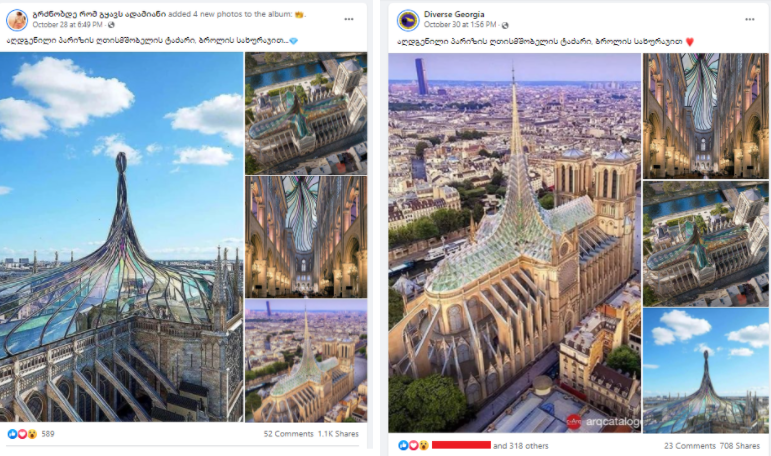 The information that the Notre Dame de Paris has been rebuilt and now has a crystal roof is false. The coloured glass roof depicted in the photos represents the alternative design of two architectural firms. Noteworthy, by 2024, the top of the cathedral will be restored to its original form.

The photos shared by the above-mentioned Facebook pages do not depict the actual façade of the Notre Dame de Paris. The restoration process is scheduled to begin in the winter, planning to restore the roof to its original form. The coloured roof made of is an alternative and modern design developed by two architectural firms.

According toDeutsche Welle, after two years of trying to save the remaining parts of the building, the temple is finally ready to be restored. The State Reconstruction Agency said work would begin in the winter, and the temple is expected to re-open in 2024. The cathedral will be restored to its original design, including a 96-meter spire for which 1,000 oak trees have already been cut down.

As for the photos posted on Facebook pages, they depict an alternative concept of the roof of Notre Dame de Paris developed by an architectural firmtrsnfrm. According to thedesign, the coloured roof will be made of stained glass that would twist into aspire.

The roof should be fixed in a steel frame. As a result, the stained glass sculpture would bring sunlight into the cathedral during the day, while at night, the interior lighting of the cathedral would create the opposite effect. 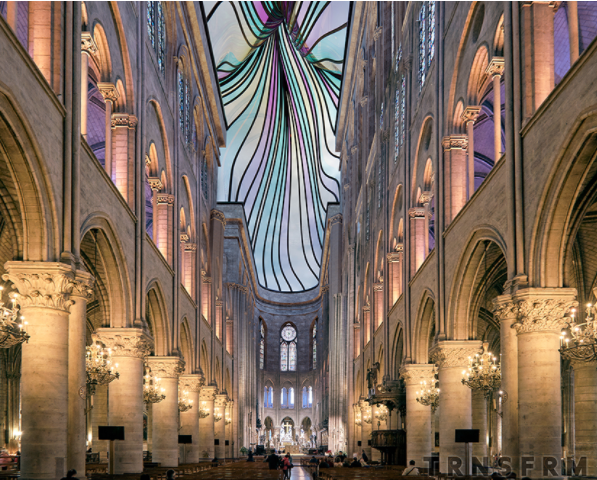 As for the second photo, this designbelongs to Vincent Callebaut Architectures, published in 2019. The plan aimed to generate more energy for the temple building than it consumes, which should be achieved with the help of three-dimensional stained glass. 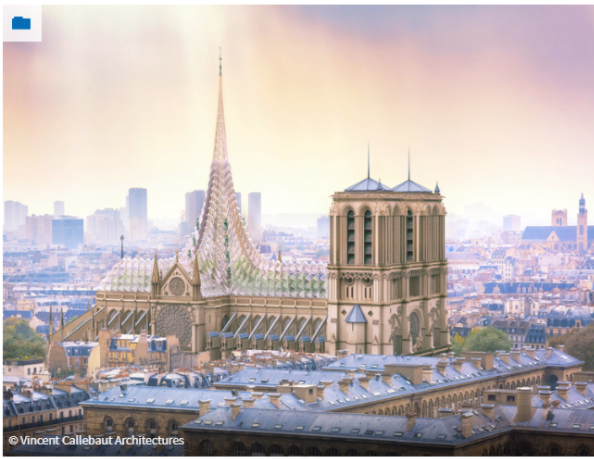 On July 9th, 2020, French President Emmanuel Macronannounced that the roof and spire of the Notre Dame de Paris would be restored to the way it had been before it was destroyed by fire. Asdesignboom.com writes, Macron expressed the opinion that the restoration of the spike may include modern features after the fire. However, after the architect in charge of the reconstruction submitted a 3,000-page report, it became clear that the roof was to be restored according to the 1859 model design. 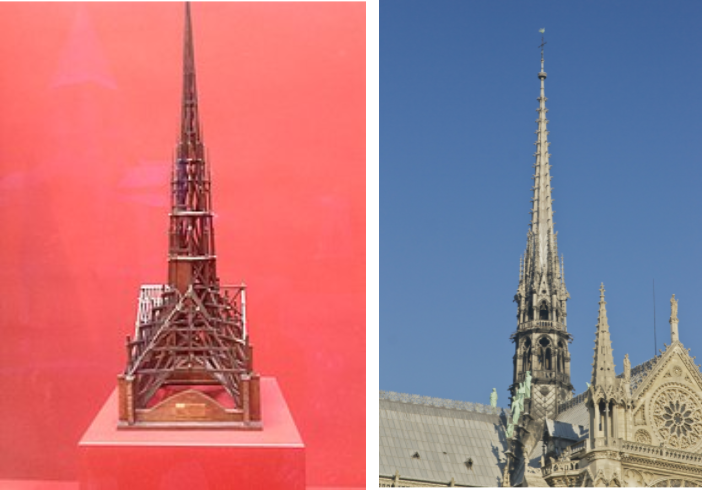