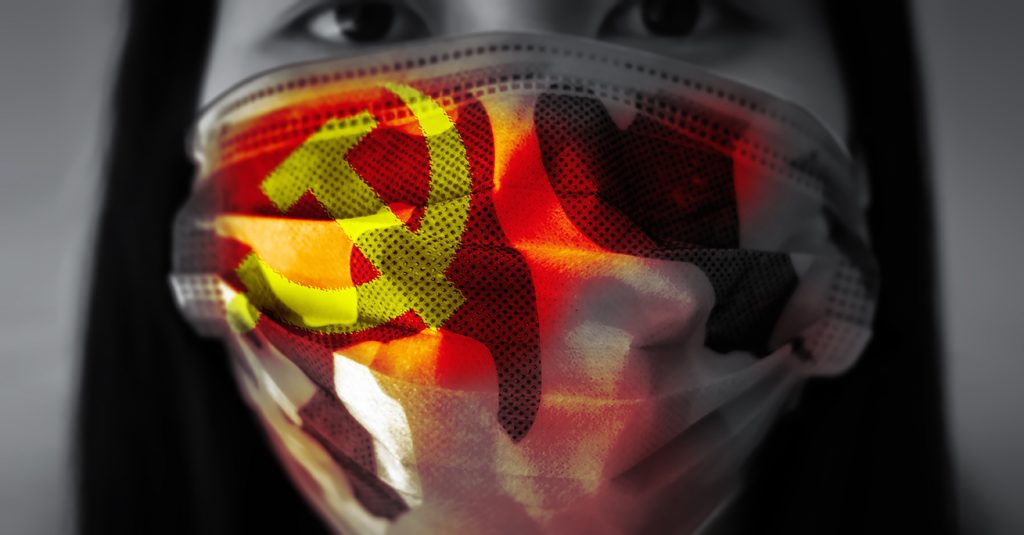 On April 7, online edition Georgia and World published an article headlined “Coronavirus Changes World Order.” The author of the article, Giorgi Gachechiladze refers to Fondsk.ru as its source and claims that a threat of COVID-19 is exaggerated, because the measles epidemic and H1N1 (swine flu) had much severe consequences. However, it should be noted that the swine flu was not announced a pandemic in 2009 and neither was a nationwide lockdown imposed. The author supposes that tough measures to prevent coronavirus aim at sowing panic. In addition, the author praises China’s approach towards tackling the virus and notes that considering the consequences of the outbreak, China’s political system prevails over the European Union.

Georgia and World: “The measles epidemic had much terrible consequences. In 2009, about 200 countries were ravaged by an outbreak of swine flu H1N1. 1,632,258 people got infected and 284,500 died. Mortality rate stood at 17.4%… Did anyone announce a pandemic in 2009 or impose a lockdown? (Like in 2020) did anyone sow a panic? Nothing like this has happened. When the situation in the European Union and China are compared with each other, considering the consequences of the epidemic, many acknowledge China’s advantage, including organized nature of China’s health system… While the European Union is discussing the issue of “mutual assistance” and each member is trying to benefit by the infection, China has got united through the efforts of its political leadership. The newspaper Rénmín Rìbào (People’s Daily) writes that the Chinese system is based on “people’s will, protection of their rights and interests, stimulation of innovation and people’s viability.” Many people may recollect a Soviet-old slogan “People and Party are United!”

Not only the article by Georgia and World contains factual inaccuracies, but it is manipulative and tries to hail China’s authoritarian political system as prevailing over Western democracy. In fact, 1) according to the current data, the mortality rate of the measles and swine flu is lower than COVID-19; 2) It is a lie that H1N1 was not announced a pandemic in 2009; 3) It is irrelevant to compare China’s political system to the European Union by generalizing the methods of fighting against coronavirus; moreover, the article says nothing about the fact that China had been concealing information about the virus.

1. During the 2009 pandemic, swine flu mortality rate was 0.02%, while a threat of the measles epidemic significantly mitigates due to vaccination.

Geworld’s article provides incorrect statistical data about the swine flu. In fact, the death rate was just 0.02 percent and not 17.4 percent that is much lower compared to COVID-19 fatality rate.

The article also focuses on the measles outbreak, which, according to the author, is more dangerous than COVID-19. Although the scales of measles are larger than coronavirus or swine flu with the latter being a seasonal disease and reemerging on a yearly basis, the measles vaccination significantly reduces its lethality, while coronavirus vaccine has yet to be developed. According to the data of the World Health Organization (WHO), there were a total of 9,769,400 cases of measles worldwide and 142,300 deaths that means a 1.4% mortality rate. Poorest countries were hardest hit by measles. The worst impacts of measles were in sub-Saharan Africa, where many children have persistently missed out on vaccination.

By comparison, the WHO estimate of the novel coronavirus mortality rate was about 3.4%, as of March 3. Due to its rapid spread, the World Health Organization decided to declare coronavirus a pandemic and issued recommendations on the pandemic management. Although we have the data only for three months and the virus is still being spread, scientists note that H1N1 (swine flu) was less lethal than COVID-19.

In 2009-2010, the World Health Organization announced H1N1 a pandemic. However, due to its low lethality, there was no need to impose nationwide lockdown.

3. How reliable are Chinese statistical data?

The author of the article compares COVID-19 outbreak in China and the EU with each other and notes that China was much effective in tackling the virus, because “China’s system is based on people’s will, protection of their rights and interests, stimulation of innovation and people’s viability.” The article says nothing about the fact that China was not transparent in its fight against the virus and that it jeopardized its own citizens and the entire world by concealing the information at an early stage of virus outbreak.

China reported the virus to the WHO on December 31. Around that time, Chinese doctors were noting that there was an outbreak of a SARS-like virus in the country. But Chinese police tried to silence them and concealed information about the spread of coronavirus at an early stage. There are well-grounded doubts to suppose that earliest cases of coronavirus were detected in November 2019. South China Morning Post reported that China’s first confirmed COVID-19 case can be traced back to November 17. But ‘patient zero’ has yet to be confirmed.