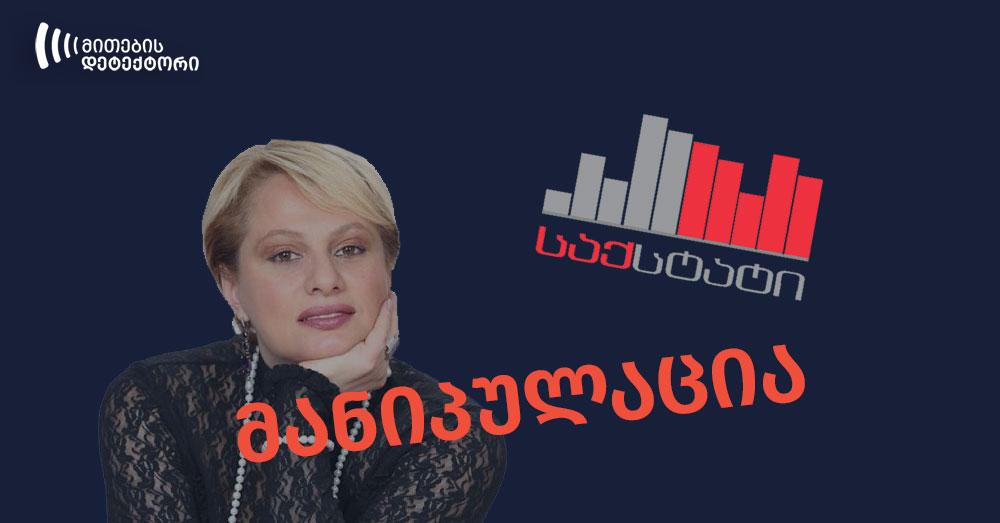 On March 31, Lali Moroshkina, a journalist and former TV presenter, published on her Facebook page a screenshot from the website of Georgian National Statistics Office (Geostat), showing number of deaths in Georgia in 2012-2020. The photo is accompanied by a caption, where the author claims that the COVID-19 pandemic does not exist, while the restrictions are artificial. 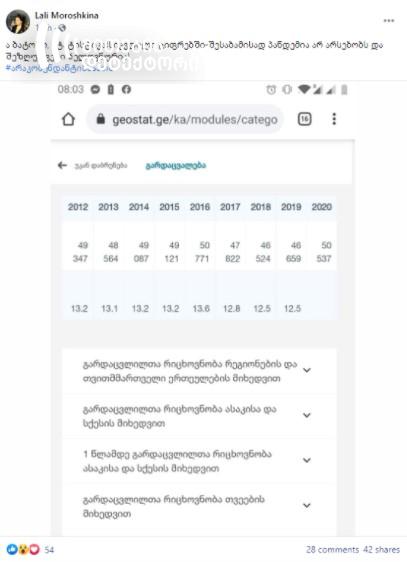 Lali Moroshkina manipulatively claims referring to Geostat data that the pandemic does not exist. Geostat notes that death rate increased by 8.3% year-on-year in 2020. Moreover, the National Center for Disease Control and Public Health of Georgia (NCDC) notes that number of deaths for 2020 is up by 1.8% (895 deaths) compared to average figure of previous five years. 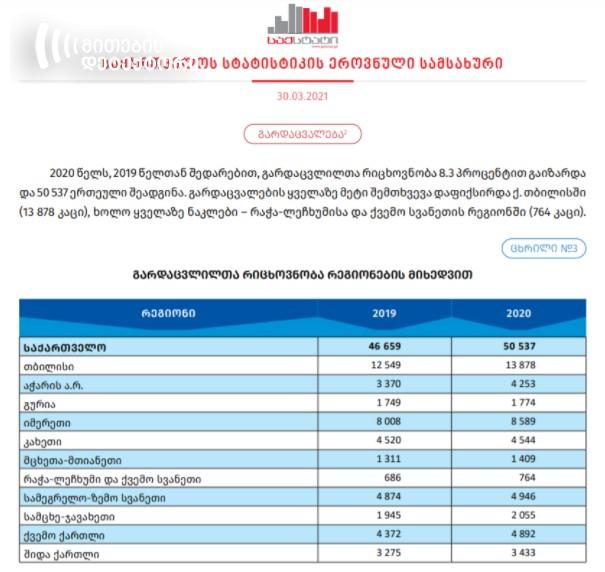 It is noteworthy that a decline in the death rate had been reported in Georgia since 2016. 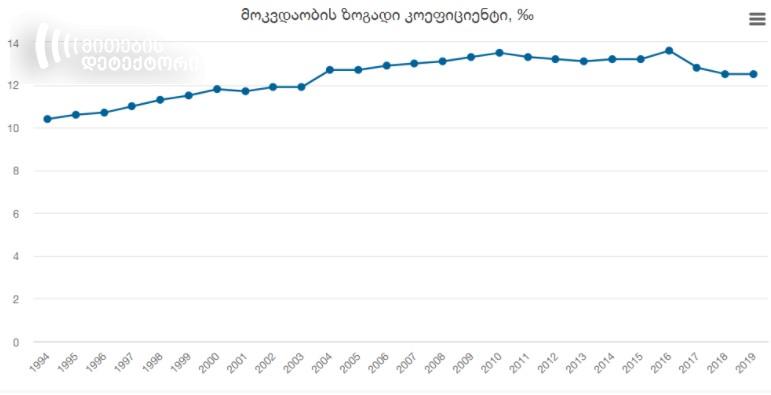 is noteworthy that number of deaths stood at 13,011 in the first quarter of 2019 and decreased by 244 in the first quarter of 2020. Georgia confirmed the first case of COVID-19 infection on February 26, 2020. The first COVID-19 death was reported on April 4, 2020. Death rate increased in the third and fourth quarters of 2020 year-on-year, along with increased cases of COVID-19 infection and deaths.

According to the report One Year with COVID-19 released by the National Center for Disease Control and Public Health, as of December 31, 2020, the total number of deaths for all causes in Georgia exceeded the figures of previous years. The report notes that as of December 31, 2020, 49,074 people died in Georgia, while average number of deaths for 2015-2019 stood at 48,179.

Meanwhile, according to the data of the European Mortality Monitoring Project (EuroMOMO), number of deaths has increased sharply in European countries in 2020-2021 compared to 2019.