Georgia and the World Idealizes Dictators 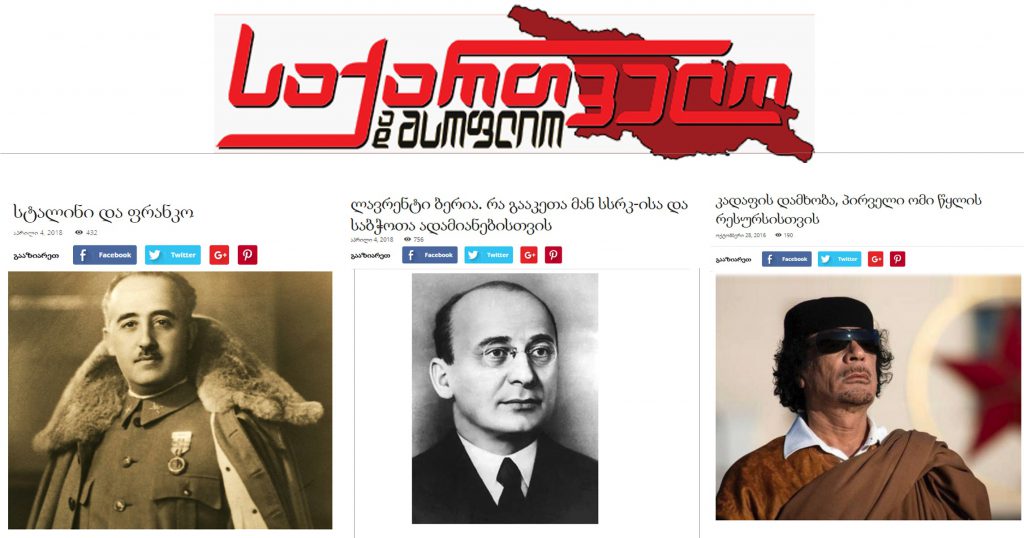 Georgia and the World, a media portal, which has become a source of fake information on several occasions, tries to idealize dictators via fabricating and covering historical facts, which it uses for inciting anti-Western sentiments, on the one hand, and Soviet nostalgy, on the other hand.

1. Glorification of dictatorial regimes of Joseph Stalin and Francisco Franco.

Stalin and Franco is a piece  published by Georgia and the World on April 4, 2018, which idealizes the Soviet and the Spanish dictators through manipulation of facts and creation of an incorrect context. Francisco Franco is pictured as the sole savior and unificator of disintegrated Spain, ignoring the fact that Franco’s regime “unified” the country by persecuting countless number of political opponents, deporting hundreds of thousands of people from the country and sending the people, proclaimed as enemies of the regime, to concentration camps.

In parallel with overviewing Franco’s rule, the author of the article idealizes Stalin, too, however, without specific arguments, statistics and trustworthy sources.

Comparing SUR and USD values is incorrect, as SUR was not functioning as a currency in the market economy. In the Soviet Union, centrally planned quotas controlled the production, ruble was not an internationally exchangeable currency, and its export was prohibited. According to the data from the Archive of the Bank of Russia, the exchange rate of SUR was not exceeding the USD exchange rate during Stalin years.

In addition, the author was picturing the Stalin period as the flourishing time for literature and science, whereas political repressions affected all social layers and classes, with the intelligentsia suffering very significant losses. 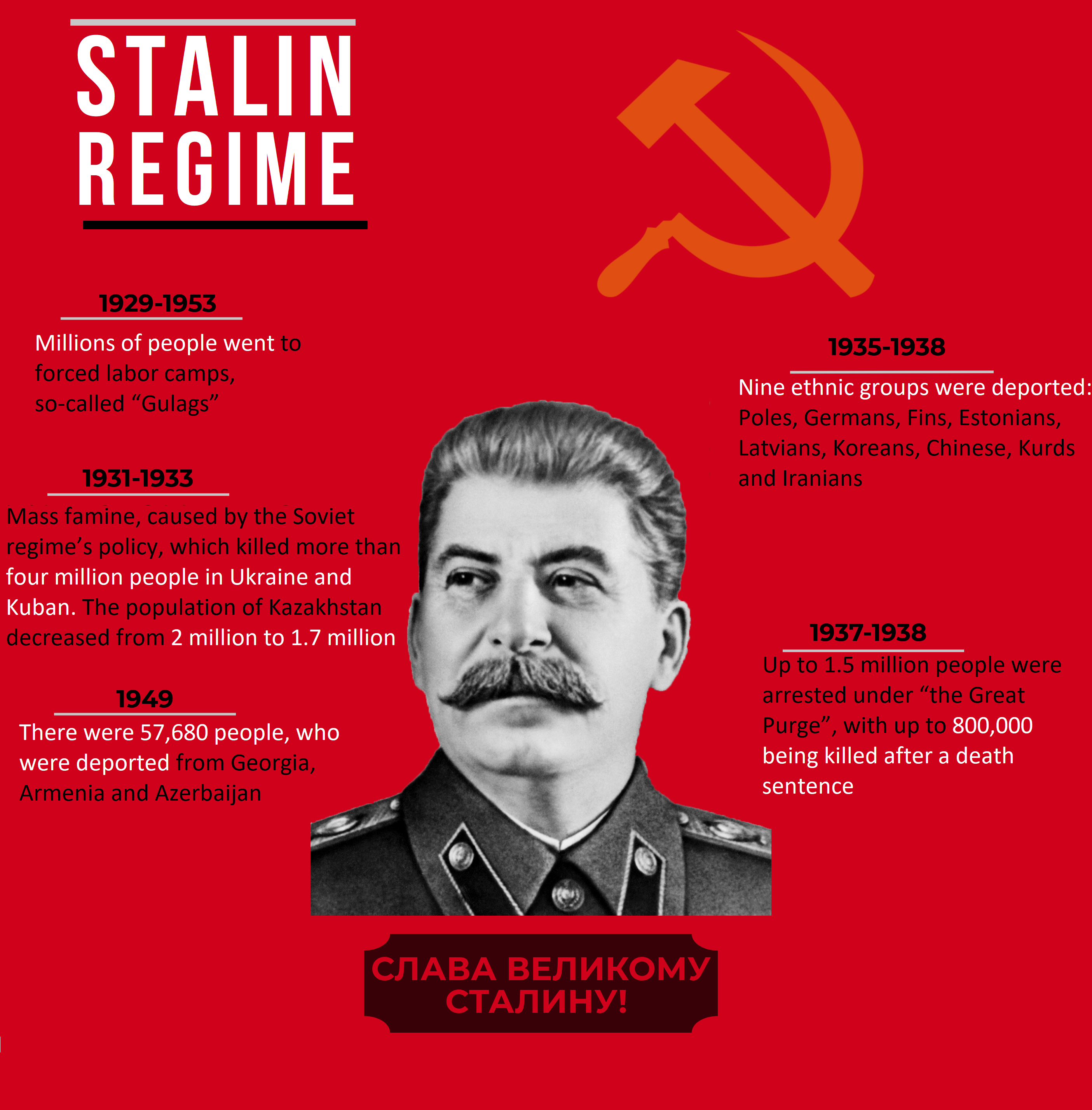 On April 4, 2018, apart from the article about Stalin and Franco, an article about Lavrentiy Beria was also published in the history section of Georgia and the World. The article was entitled “Lavrantiy Beria. What he has done for the USSR and the Soviet people”. The article starts with the claim that Lavrentiy Beria bears no responsibility for the bloody repressions, as he was appointed as the Head of People’s Commissariat for Internal Affairs (NKVD) in 1938, whereas the Great Purge began in 1937.

The given claim is manipulative – prior to the appointment as the Head of NKVD, Labrentiy Beria was a member of the State Security Service of the Soviet Union and was heading the crushing of the August 1924 rebellion, when Georgians fought for the restoration of their national sovereignty. In 1938, when Beria was appointed as the Head of NKVD, he did soften the repressions, as they were seriously harming the Soviet economy, however, the liberalization was only temporary. By 1940, the repressions were hardened again.

Another dictator, periodically glorified by Georgia and the World, is Muammar Gaddafi. The articles describe the reforms carried out by the former dictator of Libya. He is portrayed as a ruler who devoted himself to the country. No specific facts are given in the articles to support the given claim. The media outlet portrays the dictator as a patriot fighting the “evil” West and disregards the harsh violations in Libya during Gaddafi’s perennial rule.

Photos: The Telegraph, The Atlantic, Fanack.com

​​​​If we lived in Franco’s Spain or Joseph Stalin’s and Lavrentiy Beria’s USSR, idealized by Georgia and the World, you would not be reading this article. All means of mass communication were strictly controlled in the USSR. In Spain, based on a law, adopted in 1938, media outlets were under censorship.