Four Myths about Ukrainian Church Autocephaly and Patriarchate of Constantinople 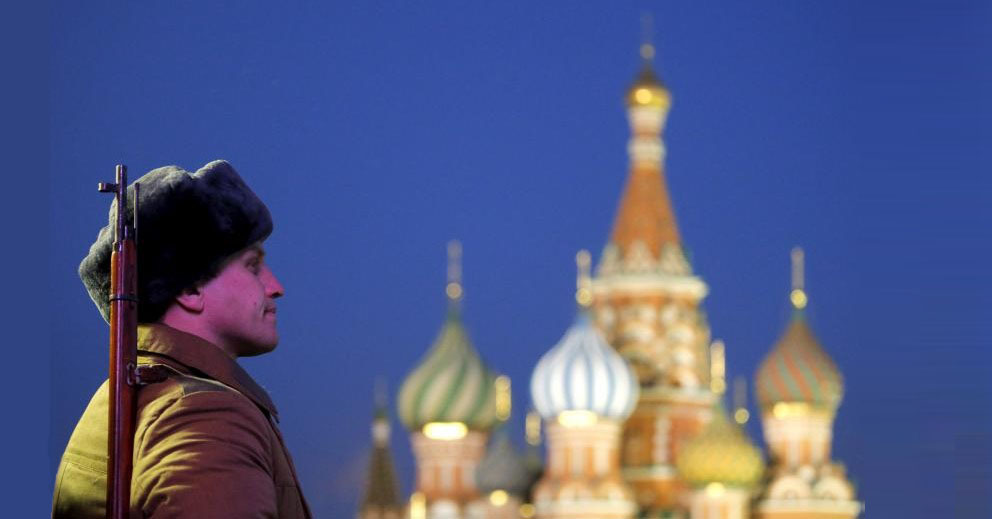 In the interview with Obieqtivi TV on September 24, 2018, Archpriest Giorgi Pavlov raised the issue of granting autocephaly to the Ukrainian Orthodox Church, saying that the process is being ruled by the United States. To confirm his words, Giorgi Pavlov recollected the arrival of two exarchs in Ukraine, who, as he claimed, were American and Canadian clerics. The same opinion was upheld by Father Giorgi (Razmadze), head of the Avchala Church of Great Martyr Ketevan, in the interview with online edition Georgia and World on September 27, who said that the issue of granting autocephaly to the Ukrainian Orthodox Church was a conspiracy of “liberals” against Russia and generally the Orthodox Church. Metropolitan Andria of Gori and Ateni also spoke about the issue of Ukraine’s autocephaly during the TV program 42nd Parallel aired by Georgian Public Broadcaster on September 29. He said that it was unclear for him, which church should be granted independence in Ukraine, because the church subordinated to the Moscow Patriarchate had not requested independence either from Moscow or from Constantinople.

Portrayal of the Patriarchate of Constantinople by pro-Kremlin media as an American force represents no novelty. This narrative has been further intensified in respect of granting autocephaly to the Ukrainian church. Propagandistic media tries to downplay the role of the Ecumenical Patriarch of Constantinople through disseminating fake and manipulative news and actively defending the Russian Patriarch’s positions as a counterbalance. The Myth Detector offers four myths about Ukrainian church autocephaly spread in propagandistic media.

Myth No. 1: The exarchs sent by the Patriarch of Constantinople to Ukraine were American and Canadian clerics.

Reality: Actually, the exarchs were natives of Ukraine.

The claims that the two exarchs sent by the Patriarch of Constantinople are American and Canadian clerics are false and serve the only goal to portray the Ecumenical Patriarchate as the force subordinated to the United States, as well as to underscore America’s role in the issue of granting autocephaly to the Ukrainian Orthodox Church.

On September 17, Ukrainian President Petro Poroshenko held a meeting with the two exarchs sent by the Patriarchate of Constantinople. Pro-Russian media and some clerics said that one of the exarchs, Daniel was American and the other, Ilarion was Canadian. The purpose of sending the exarchs was to assist Ukraine in the issues of autocephaly. In reality, the both exarchs, Daniel and Ilarion, are based in the United States and Canada, respectively, but the both are natives of Ukraine. Archbishop Daniel was born in the small town of Buchach, Ukraine. After graduating from a local high school, he enrolled in his first course of theological studies in the Seminary of Ivano-Frankivsk in September, 1993. Following his education in Ukraine, Volodymyr emigrated to the United States to continue his education at the Catholic University of America as well as the Dominican House of Studies in Washington, DC. During this time, he was ordained to the Holy Deaconate. In 2000 Deacon Volodymyr was received into the Ukrainian Orthodox Church of the USA and enrolled in St. Sophia Ukrainian Orthodox Theological Seminary in South Bound Brook, NJ. Roman Rudnyk was born on 14 January, 1972, in the Ukrainian city of Lviv. After graduating from school, he continued his studies at the Kyiv Theological Seminary. With the recommendation of Archbishop Vsevolod (Maidanski) of Skopelos and the blessing of the Ecumenical Patriarch Bartholomew I (Archontonis) of Constantinople, Roman then moved to Greece to continue his theological studies at the theological faculty of the Aristotle University of Thessaloniki. He was transferred to Canada in 2008. On 21 October, 2008, Bishop Ilarion (Rudnyk) was chosen to be the Bishop of Edmonton and Western Canada by the Holy Synod of Bishops of the Ecumenical Patriarchate.

Myth No. 2. Ukraine and Abkhazia are equal subjects and Constantinople will grant autocephaly to Abkhazia as well.

Reality: Ukraine and Abkhazia cannot have equal statuses, because Abkhazia is occupied by Russia.

There are a lot of differences, both historical and legal, between Ukrainian and Abkhaz issues. First of all, it is important what historical developments the Patriarchate of Constantinople is relying upon when talking about granting autocephaly to the Ukrainian Orthodox Church. The Ecumenical Patriarchate’s argument against Russia is related to the 17th century, when Russia captured the Kiev metropolitan area by force and transferred it to subordination of the Moscow Patriarchate. In case of Abkhaz issue, the situation is absolutely different. One of the preconditions for granting autocephaly is the statehood; in case of Abkhazia, we have to deal with an unrecognized entity. Moreover, the Patriarchate of Constantinople has the full right to grant autocephaly to a subordinate church that is unjustified in case of Abkhazia, because the latter is an integral part of Georgia.

Myth No. 3: The Russian Orthodox Church does not interfere in the affairs of Abkhazia.

Reality: For years, the Moscow Patriarchate has been openly interfering in the activities of the Eparchy of Bichvinta and Tskhum-Abkhazeti.

Although, the Russian Patriarchate does not recognize the independence of Abkhaz church, it is only a formality. In reality, not only Russia interferes in the affairs of the Eparchy of Abkhazia, but it even rules it for years.

According to Archpriest Ilia Chigladze:

The Russian Patriarchate represents the main threat for the Eparchy of Abkhazia, as it sends its clerics to occupied Abkhazia that is legally unjustified. Frequently, the churches located in Abkhazia are whitened and damaged in order to erase Georgian trace there. Myth No. 4: The Ecumenical Patriarch of Constantinople enjoys zero authority in the world.