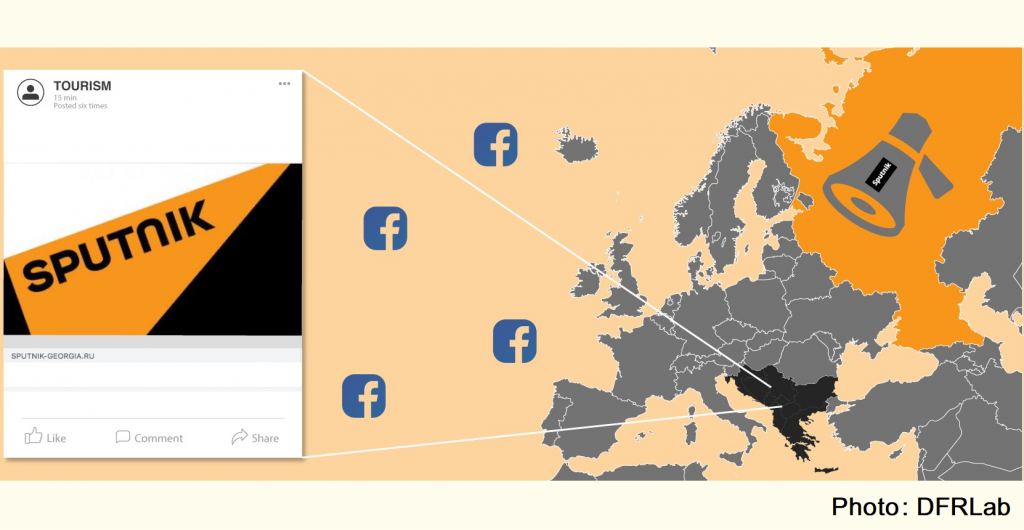 According to DFRLab Facebook removed almost 289 pages and 75 accounts from its platform ” across the former-Soviet space on January 17, 2018. These pages acted in “ coordination ” in 13 countries included Georgia. these countries are: Kazakhstan, Kyrgyzstan, Tajikistan, Uzbekistan, Armenia, Azerbaijan, Georgia, Moldova, Romania, Belarus, Estonia, Latvia, and Lithuania. In aggregate, they had 853,413 followers.By comparison, Sputnik’s official pages across the same countries amassed 495,947 followers.

DFRLab reports that the pages acted as amplifiers for two main Rossiya Segodnya outlets: Sputnik and the video service TOK. They  represented a systematic, covert attempt to improve Rossiya Segodnya’s online audience across more than a dozen countries. Some had little impact, but others racked up tens of thousands of followers. Sputnik was the main beneficiary, as it was often the only source the Facebook pages amplified.

Facebook made suspicious creation dates of pages.  A statistically improbable number of the pages — over one quarter — was created in October 2017. Of those, 32 were created on a single day, October 10, 2017. 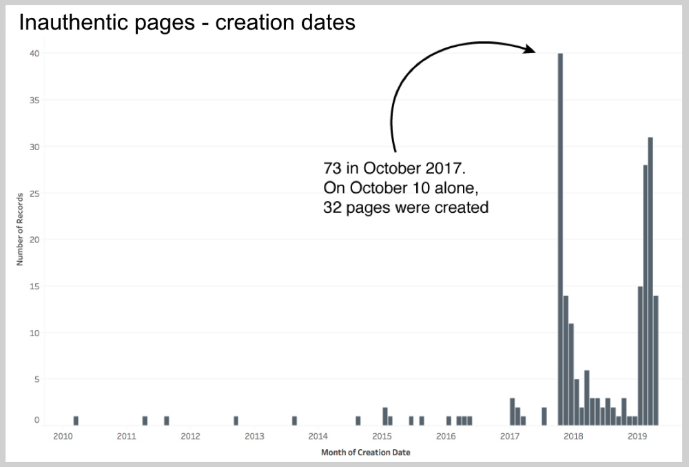 As for Georgia, Facebook  took down at least 9 pages. According to Facebook, the group of pages was controlled by a fake Facebook user who claimed to be a woman living in Tbilisi, Georgia, but took its profile pictures and “personal” posts from other online sources.One of the pages run by this apparently false account paid to sponsor a Sputnik article in December 2018

Facebook concluded, that removed pages and accounts were linked to employees of Sputnik,and they frequently posted about topics like anti-NATO and anti-western sentiment.

Most of the pages in the network were covert, in that they did not mention a connection to Sputnik. Each page claimed to focus on a special interest like:  travel in Latvia, famous Georgians, georgia and Religion, Ramzad Kadirov, Sport in Latvia, Tajik “ploc” etc.  Despite of varoius topics they have same goal -promoting Sputnik and its content. 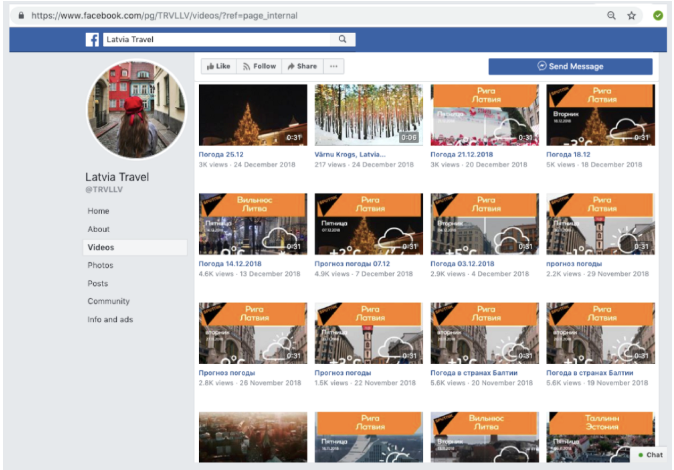 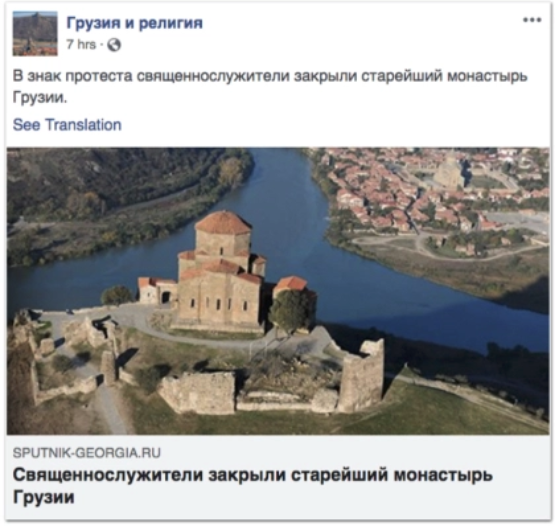 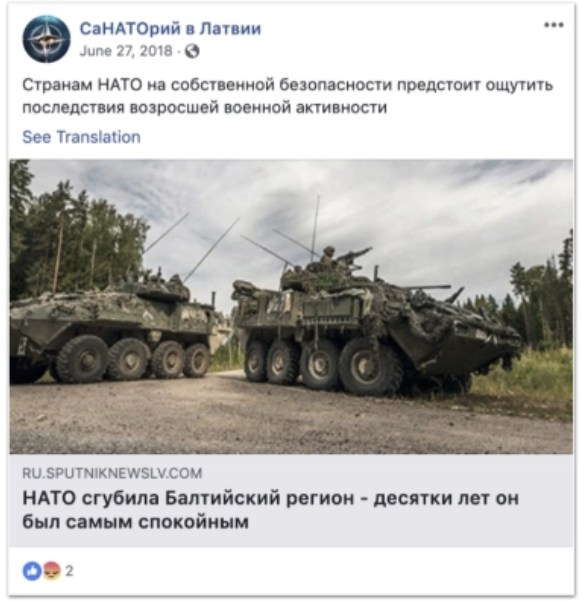 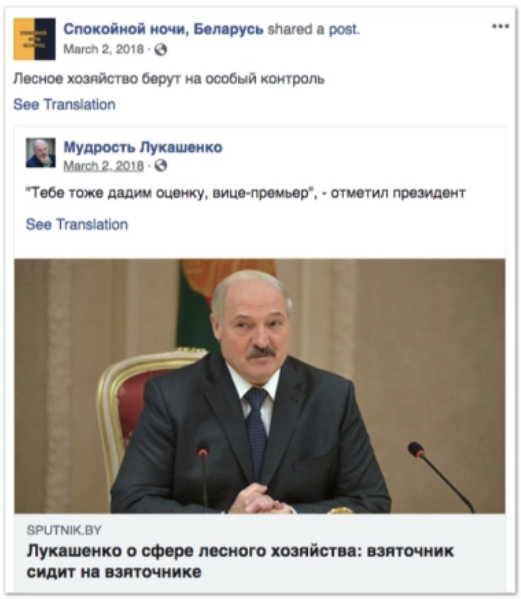 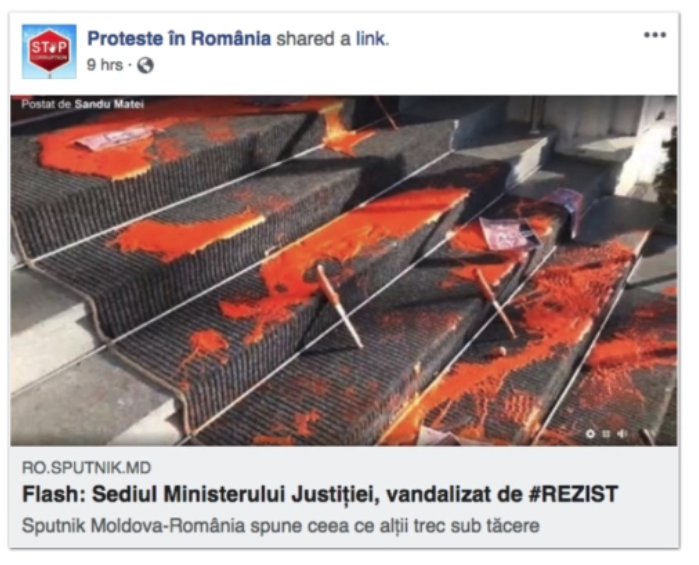