Does the Pope require vaccination to enter heaven? 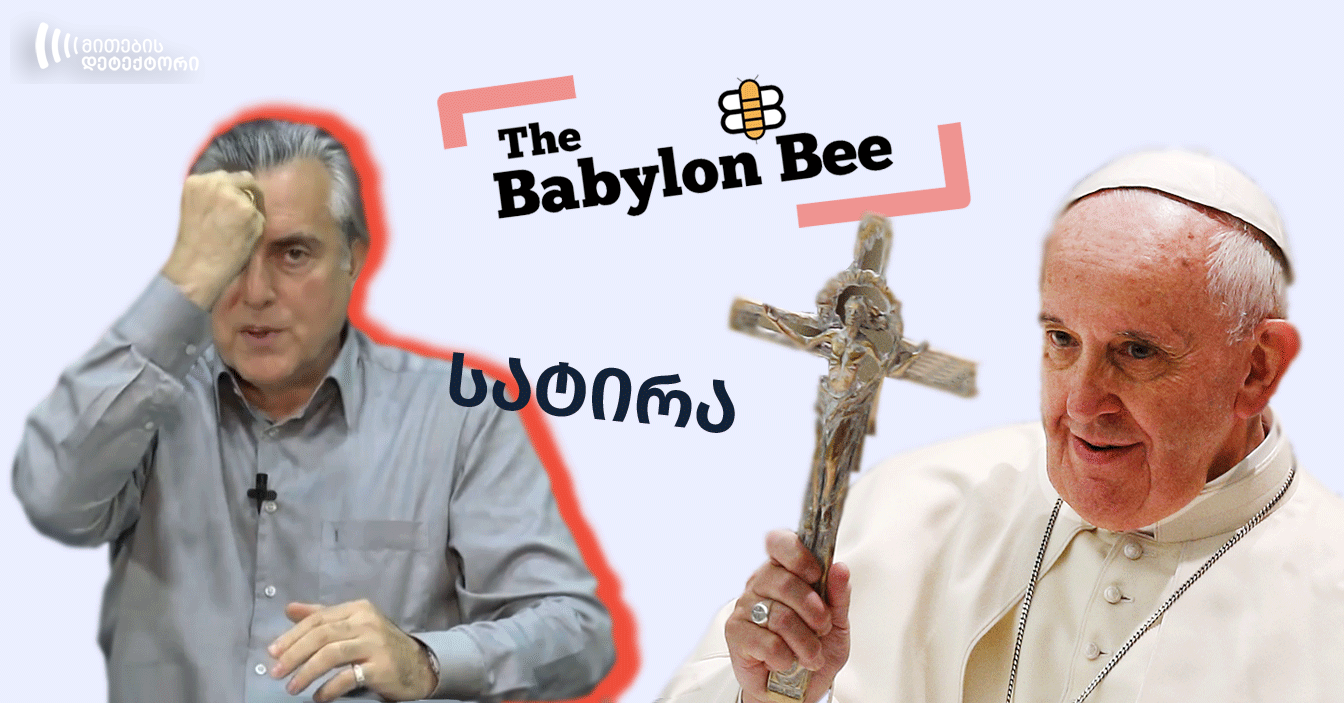 On May 4, 2021 host of “Khariskhis Arkhi” Davit Giorgobiani published a post. According to the post, the Pope stated that people who are not vaccinated could not enter heaven. According to Giorgobiani, this kind of “blessing” from the Pope should show people, that in reality every religion does not believe in one god. 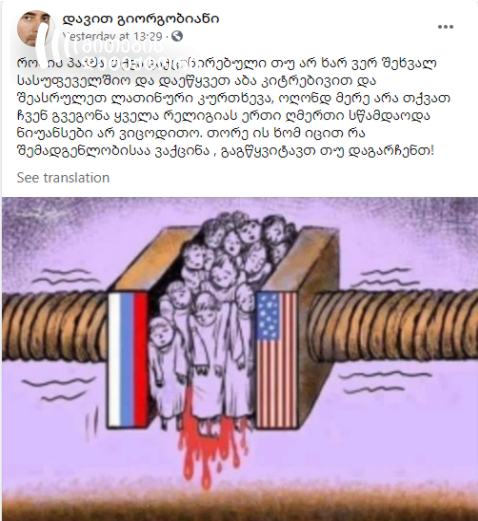 Davit Giorgobiani’s claim that the Pope named vaccination as the necessary attribute for entering heaven is not true. Pope Francis, indeed, supports Covid-19 vaccines but he has not made any similar statements about vaccination. The primary source of this information is the satire publication The Babylon Bee, which means that the story is made up.

The American satire publication The Babylon Bee disseminated the mentioned joke about the Pope on November 30, 2020 with the following title – “Pope Francis Says Covid Vaccine Will Now Be Required To Enter Heaven”. The following fake quote is indicated in the satire news about Pope Francis: “we must be wary of the greatest earthly sin of all: not getting the COVID-19 vaccine. God has informed me that He will not let you into Heaven unless you have received BOTH DOSES of this very safe vaccine.”

The satire news was first shared as a real fact by an English-speaking Facebook user in December 2020. Alongside it, the disinformation was detected on Russian social networks and blogs as well. According to one of the Russian blogs, the Pope not only encourages people to get vaccinated, but to get the antichrist symbol engraved on hands and forehead, while some Russian internet publications thought of The Babylon Bee as a trustworthy source and prepared the news based on them. 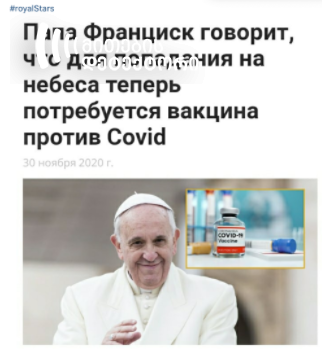 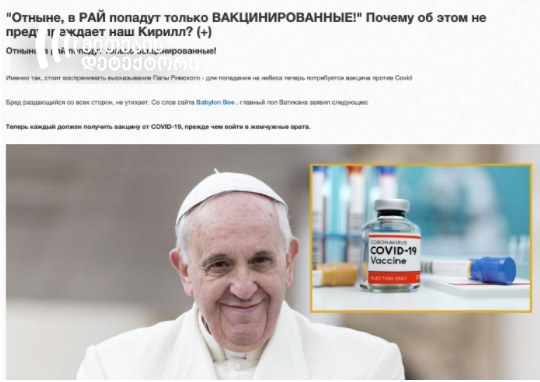 In reality, Pope Francis is all for coronavirus vaccines and he has been speaking about the necessity of fair distribution of the vaccines from as early as September 2020. As soon as the first vaccines rolled out, the Pope mentioned several times, that the international community should work on increasing vaccine availability and overcoming the global health crisis should not be prevented by nationalism. Pope Francis received a Covid-19 on January 14, 2021. The Pope talked about vaccination even during his Easter message on April 4, 2021 and stated that the international community should work on the availability of vaccines, since vaccines are essential weapons for overcoming the pandemic.

About The Babylon Bee

The Babylon Bee  is a conservative online publication that creates satire news about religion, politics, public figures and ongoing events. The publication was created in March 2016. In the About Us section, it’s stated that they are a satire site and write about Christianity, politics and everyday life. In case the reader has any complaints about information shared on the site, they advise them to take it up with god.

According to a study published by The Conversation on August 16, 2019, The Babylon Bee is one of those satire publications, whose jokes are most often taken as real news by people.

Davit Giorgobiani is the host of “Khariskhis Arkhi” and is known for anti-western conspiracies. According to Mediachecker, majority of channel’s airtime is spent on criticizing ID cards, “beast signs and chips”.