Does the photo depict corpses that died of coronavirus? 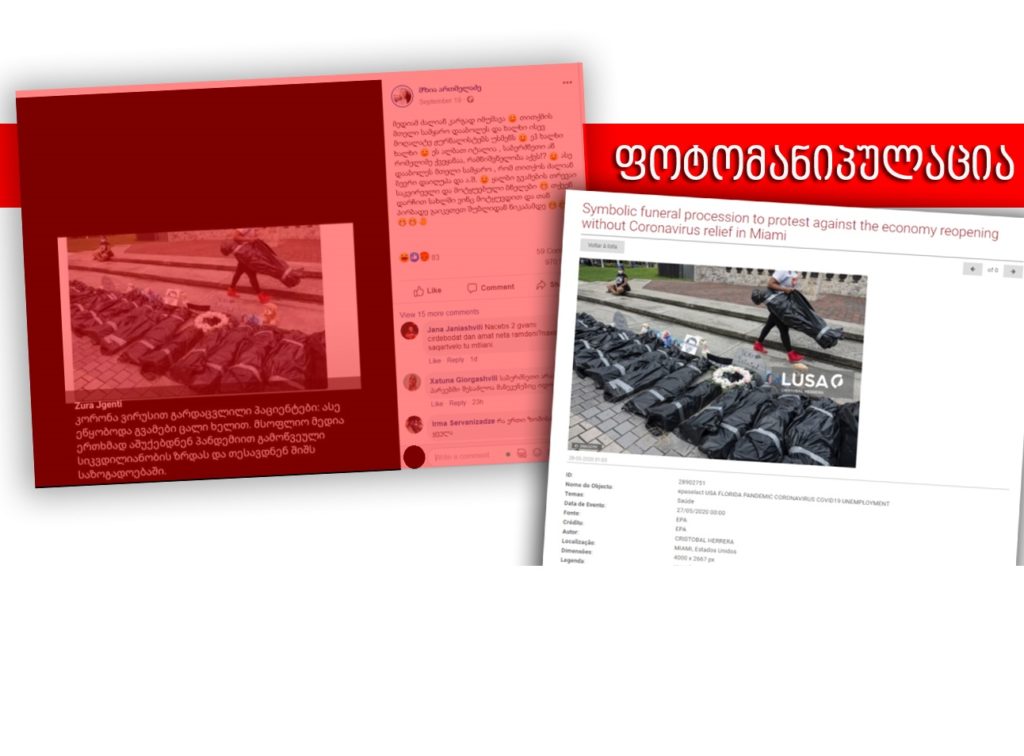 On September 19, Facebook user Mzia Artmeladze published a screenshot of the user Zura Jgenti’s post that depicts corpses in black body bags.  According to the description of the screenshot, corpses that died of coronavirus were “single-handedly” placed on the street, which means that increase in mortality is artificial. According to him, world media aroused fear in society. User Mzia Artmeladze repeats the same opinion in her post and states that the media “tricked” the whole world, as if many people died of coronavirus, while the public was shown fake corpses on the streets. As of September 23, Mzia Artmeladze’s post has 970 shares. 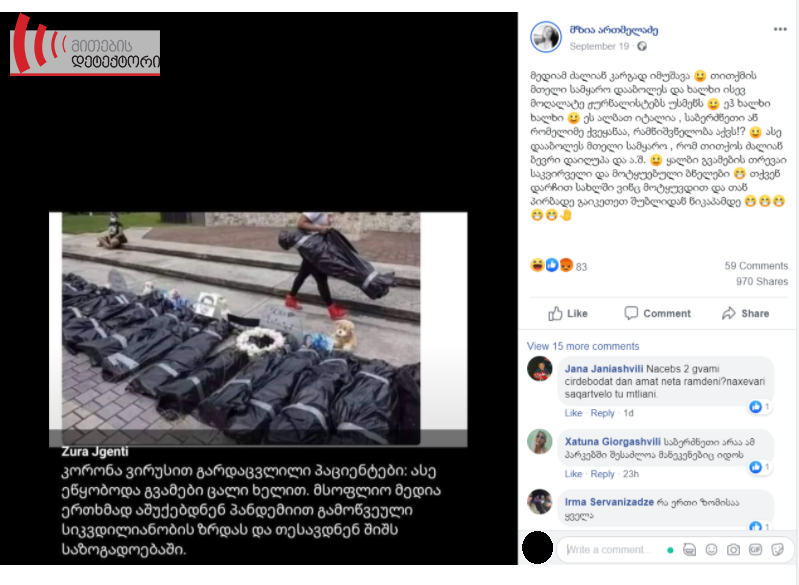 Photo published by Mzia Artmeladze is a manipulation. In reality, the photo depicts a protest rally in Miami portraying not corpses, but the imitation of corpses, which was part of the protest rally – performance, where participants paid their respect to people who died of the virus and protested the government’s response on social problems.  The protest rally didn’t aim to mislead the public about the death rate.

Fact-checking of the photo revealed that it actually depicts a different event and was taken in Miami, state of Florida on May 27, 2020. The photo depicts a protest rally – performance, where participants paid their respect to people who died of coronavirus and protested the government’s adverse response to unemployment caused by the pandemic. In order to do that, participants staged a symbolic act of funeral procession and placed corpse imitations in black body bags.  Cristobal Herrera is the author of the photo. 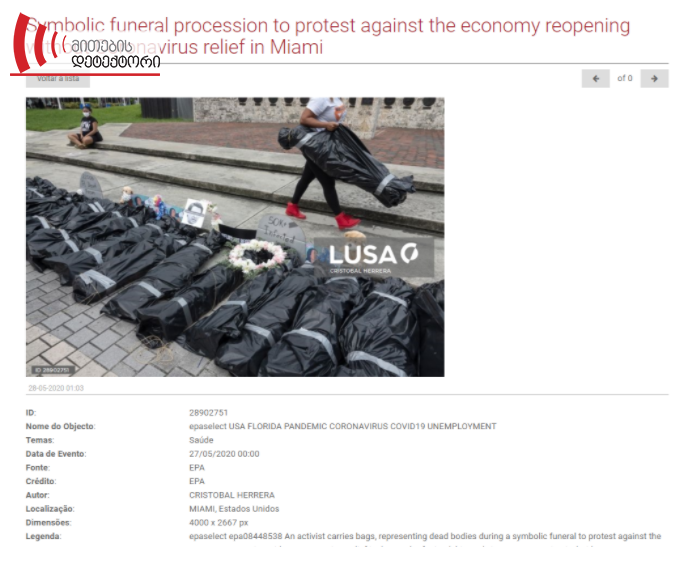 Mentioned photo with identical disinformative context was disseminated in various countries. The photo was also found on the webpage of the International Fact-Checking Network (IFCN) of PoynterInstitution in the framework of fact-checking false information related to coronavirus.