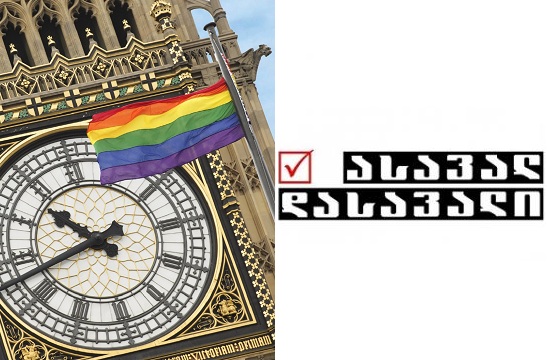 An article by a journalist, Giorgi Gigauri, was published in the 31.10. – 6.11 issue of Asaval-Dasavali with a title West Starts Total Rehabilitation of Homosexuality! According to the given article:

“A law has been adopted in the UK that provides for rehabilitation of all pedophiles and homosexuals that had been brought to justice with ‘inhumane and homophobic’ laws of the past. This law will concern, no more nor less, 65 thousand British!”

Homosexual relationship was illegal in England and Wales until adopting Sexual Offences Act in 1967, while in Scotland and Northern Ireland it was illegal until 1980 and 1982, respectively.

Alan Turing law is an informal name for a proposed law in the UK which would serve as an amnesty law to retroactively pardon men who had been cautioned or convicted under historical legislation that outlawed homosexual acts. The amnesty would clear criminal record of gay and bisexual men.

According to the law, the amnesty would concern those convicted only in those crimes that no longer considered as crimes today. Sexual intercourse with an individual under 13 years, or pedophilia, is still a criminal offense in the UK, so Asaval-Dasavali’s claim that pedophiles are being rehabilitated, is a disinformation. According to the Ministry of Justice of the United Kingdom, the new law will not concern those convicted of having sexual intercourse with an individual aged 16 or less.

The law is named after Alan Turing, an English mathematician associated with breaking code of Enigma, a German cipher machine and developing computer science. Turing was prosecuted for a homosexual act in 1952. After a chemical castration, he committed suicide in 1954. In 2009, the British Government officially apologized to Alan Turing, while in 2013 he was “pardoned” by the Queen. Turing’s rehabilitation became a basis for “pardoning” all those persons, convicted for homosexual acts. Out of such 65 thousand gay/bisexual men, 15 thousand are still alive.