Disinformation: France isn’t complying with the decisions made by the European Court of Human Rights 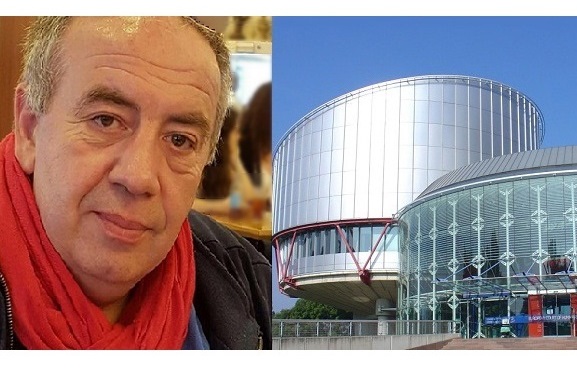 In its March 6-12, 2017 issue, the journal “Asaval-Dasavali” published an interview with a Georgia Public Broadcasting TV correspondent, Giorgi Popkhadze, in which he states, that France, quite commonly, does not abide by the decisions made by the European Court of Human Rights (ECHR). To illustrate these claims, he named the case of scientologists and Jehovah’s witnesses.

Giorgi Popkhadze, TV correspondent of Georgia Public Broadcasting in Europe: “Overall, France is ignoring all decisions made by the ECHR! For example, the French Court concluded that any religious group, declared as a sect by the Catholic Church, will be outlawed and have its activities banned in France! In this regard, the activities of Jehovah’s witnesses, and scientologists’ sects are prohibited in France! … Despite the fact that Strasbourg made a decision that opposed the French Court, France put its justice system in the foreground and thus indicated that Paris wasn’t planning on acknowledging the decisions made by the ECHR!”

The latter assertion is false, as France has executed every single decision made by the European Court of Human Rights, while 6% of said verdicts still continue to be implemented to this day. As for the ban of the activities by religious organisations, such a case cannot be found in ECHR’s system. On the basis of the Jehova Witness Association claims, the ECHR judgment that opposed France regarding religious themes is on the list of cases, that the French government has already fulfilled.

N1: France has implemented the verdict of the European Court of Human rights concerning the case “Jehovah Witness Association vs. France”

The ECHR decision that Giorgi Popkhadze mentions above, regarding the activities of Jehovah’s witnesses and scientologists in France, cannot be found. The only case, in which the Jehovah’s Witness Association and France are presented as opposing parties, is regarding taxes. In 1995, the Association was asked to declare the gifts received in 1993-1995. After the latter’s refusal to do so, the Association was automatically charged with taxes. In 2011, the European Court detected a violation of Article 9 of the European Convention on Human Rights, which indicates restriction of freedom of religion. France was ordered to pay the Association around 4 million euros, as well as the Court fees. A year later, France paid approximately 7 million euros, as for the year 2013, after the fulfillment of the decision, the Committee of Ministers of the Council of Europe, which supervise the process of execution of the decision, closed the case.

N2: Russia is the only country to avoid ECHR decisions through/ with the help of Local Court

Russia is the only member of the Council of Europe, that has determined plausible deniability of ECHR-‘s decisions by domestic law. This process began with the case “Yukos against Russia” in December 2014 when the European Court found a violation on the Russian State’s side, and demanded that Russian state pay back the heirs of the company 2 billion euros, at the same time the Court requested that Russia make a plan of compensation in 6 months from the decision. Russia did not satisfy the requirement of the cort decision, and on the last day before the deadline of submission for the plan of compensation 90 deputies of the State Duma appealed to the Russian Constitutional Court. The Constitutional Court ruled that Russia may waiver the execution of ECHR ruling, if it contradicts the country’s constitution. Based on the Constitutional Court’s decision, the Russian Duma passed a law in 2015 that Russia may make “revisions” ECHR verdicts.

Also according to the European Court of Human Rights enforcement department in 2015, Russia is most often (16%) the country which takes the longest to execute ECHR’s decrees, then followed by Turkey and Moldova. Russia has enforced only 17% of ECHR rulings at this time.

ECHR judgments are mandatory for all Council of Europe member states. The enactement of ECHR decision may be lengthened under certain circumstances. Primarily this is related to a large amount of the payment to the victims, which countries, in case of delay, pay with an extra percentage. In addition to monetary compensation, the full implementation of the court decision might need an improvement of national legislation, which requires additional time.

P.S. The above statement by the journalist of Georgian Public Broadcaster was made in order to assess the ECHR ruling about the ‘Rustavi 2 vs. Georgia’ case. On March 2, 2017, the Supreme Court in its finding awarded Rustavi 2 to Kibar Khalvashi. On March 3 ECHR under Article 39 of its convention suspended the execution of the decision temporarily, and on March 8 the temporary suspension measure was prolonged indefinitely.